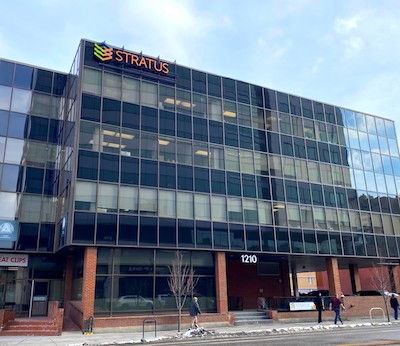 The Petro West office building in Calgary is one of several Strategic Group properties which is on the judicial sale market. (Courtesy Ernst and Young)

Segments of Alberta’s commercial real estate market, particularly office, have been hit hard by the ongoing slump in oil prices and the pandemic, but that hasn’t yet translated yet into a spike in judicial property sales.

Research by The Network shows only 22 judicial sales had taken place in the province through September.

“What we are hearing and seeing as it pertains to the foreclosure market in Alberta is that the people/companies with cash in hand are waiting on the sidelines for these properties to hit the courts. It’s just a matter of time until the government bailouts and rent reliefs catch up to current property owners that are treading water from the effects of COVID-19,” said Nathan Gettel, president of The Network, which researches real estate data.

“From the perspective of the investors, they would rather wait for the courts to get ahold of these properties than to deal with the current owners holding them. (That) leaves the negotiation much simpler, rather than haggling price with someone that might have sentimental value to the property.

“As for values, we are expecting once these properties get picked up on court order, we will see dips in values across the board in each sector of the market. While sales volumes might increase due to the timing of these, time will tell when these property owners can’t carry them anymore. But our projections are to see more judicial sales in the spring in 2021.”

Part of the current judicial market is a portfolio of buildings Calgary-based Strategic Group had owned but sought creditor protection for about a year ago. A court in December put those properties into receivership.

At that time, Strategic Group posted a statement on its website: “On December 20, 2019, the court granted an order to appoint a receiver to the 56 properties that had originally sought CCAA protection.

“This development is consistent with our end goal: to have an orderly disposition of some of our real estate assets to maximize recovery for our stakeholders and ensure our company is stronger moving forward. We will work closely and collaboratively with the receiver to ensure a smooth transition and minimize impact to our tenants and residents . . .”

Ernst & Young has been appointed as receiver for certain of the properties.

When asked by RENX for an update, Strategic Group issued this statement: “Over the last year we have reduced our real estate in Alberta by over 1 billion dollars. We have reduced our debt by the same amount. The majority of these dispositions were in Alberta and occurred prior to COVID (through) a court supervised process in conjunction with our lenders.

“This process continues and the E&Y dispositions are a part of the process we commenced last year. We anticipate further dispositions including those that E&Y is doing under the court process. We anticipate a further reduction of our office portfolio and debt over the next number of months.”

Recently, Ernst & Young sought proposals for the purchase of some or all of the assets, including two Calgary office buildings – Willow Park Centre and Paramount Building – and one retail property, Wesley Church. The deadline for the Letter of Intent is Nov. 23 with a binding bid deadline of Dec. 14 and targeted closing date of Jan. 11, 2021, subject to court approval.

EY has also sought proposals for an office property in Calgary called Petro West. The Letter of Intent deadline was Nov. 16, the binding bid deadline Dec. 7 and the targeted closing date Jan. 4, 2021. 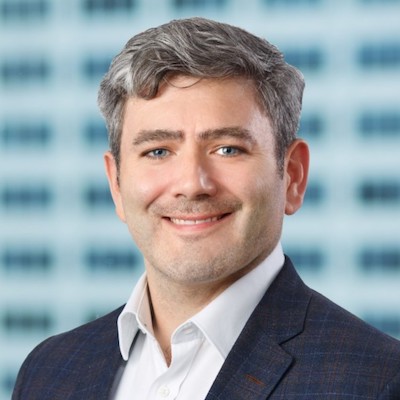 “It’s a challenging market in Calgary for office space,” said Peter Chisholm, a senior vice-president with Ernst & Young Inc., based in Calgary. “We’re not seeing as much commercial . . . retail or industrial space from an insolvency perspective.

“It’s not really a result of the pandemic that is driving them into insolvency proceedings.”

He said Willow Park Centre, Paramount Building and Wesley Church had Connect First Credit Union as the secured lender. Connect First applied to the courts to have Ernst & Young Inc. appointed as receiver in May, with the goal of running a sales process to monetize the properties.

The buildings were in various stages of occupation. For example, Willow Park is 96 per cent occupied, with a provincial government department as the primary tenant. Wesley Church is fully occupied by the Calgary Opera and Paramount has several tenants.

Chisholm said Royal Bank of Canada is the lender on the Petro West building and it, too, applied to the courts to have Ernst & Young Inc. as the receiver and manager of that building.

“When the economic downturn started is kind of when you start to slowly see that creep-up of judicial sales,” said Gettel. “In the early spring is when you’re going to start to see more. People are just kind of treading water, wondering how long this can last for and then eventually claiming bankruptcy.”

He said the impact could be felt more strongly by larger, institutional investors in coming months.

“In the first six months of 2020, I think it was reported it was the largest amount of retail bankruptcies. What you’re going to see happening is these Chapter 11 bankruptcies happening with your big-box retailers.

“And it’s going to affect the REITs. The REITs mostly own these big box stores and if their tenants can’t pay the rents anymore once these reliefs stop, you’re going to see them either offloading these properties or filing bankruptcy themselves. Once we start to get the big box stuff, it’s really hard to fill those up.”

EDITOR’S NOTE: This story was updated to clarify Ernst and Young’s role as receiver for certain of the properties involved in the creditor protection process.

Steve McLean Commercial Market Reports National Nov. 12 2020
M
Mario Toneguzzi Business reporter
Mario Toneguzzi, based in Calgary has 37 years of experience as a daily newspaper writer, columnist and editor. He worked for 35 years at the Calgary Herald covering sports, crime, politics, health, city and breaking news, and business. For 12 years as a business writer, his main beats were commercial and residential real estate, retail, small business and general economic news. He nows works on his own as a freelance writer and consultant in communications and media relations/training.