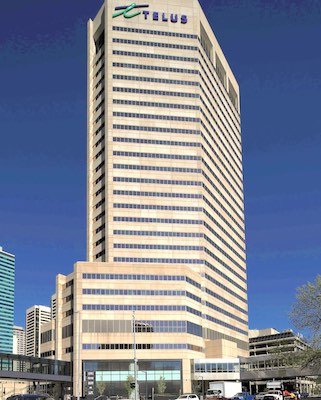 The addition of a new tech tenant at Calgary’s First Tower is an indication the Alberta office sector is attempting to reduce its reliance on the energy sector. (Courtesy JLL)

The office market in Canada’s major cities experienced its largest negative quarterly net absorption in more than a decade during Q3 2020, according to JLL, totalling nearly 2.7 million square feet of occupancy losses. The national vacancy rate rose by 60 basis points to 10.8 per cent.

But, while a quick glance at vacancies in JLL’s third-quarter national office report may be disheartening, the numbers don’t seem as bad once you dig deeper due to the strength of the market at the beginning of 2020.

The increase was overwhelmingly driven by downtown markets, which contributed 60 per cent of occupancy losses through new sublease vacancies and direct availabilities turning vacant amidst low levels of leasing.

However, with the exception of Edmonton and Calgary, most downtown markets continue to boast historically low vacancy rates. Toronto’s central business district vacancy rate was 3.8 per cent, the lowest in North America. Vancouver at 5.7 per cent and Montreal at 7.7 per cent had the second- and fourth-tightest markets on the continent.

The sublet market continues to grow significantly, with 1.9 million square feet added since the beginning of the year. As a percentage of inventory, however, the national sublet vacancy rate remained just 1.7 per cent.

“Companies aren’t necessarily subletting because of actual financial trouble, but are more looking at subletting knowing they’re not going to be returning to that office space until September 2021.”

Most sublet vacancy space across Canada has been quite small, at 10,000 square feet or less, according to Lo.

After a drastic Q2 slowdown in leasing activity, national large block (20,000 square feet or above) leasing volumes increased by more than 58 per cent quarter-over-quarter, for a total of more than 1.6 million square feet.

This activity was largely attributable to energy, financial services and technology tenants in Toronto, Calgary and Montreal.

“That wasn’t all driven by expiries,” said Lo. “We did see some new deals and growing deals, which are promising indicators for where the market is heading now.”

The third-quarter increase in leasing activity coincided with the lowest number of new COVID-19 cases being reported across Canada since the pandemic started.

Rising coronavirus cases through the fall will likely temper the confidence of tenants as they consider returning to the market. This week’s positive news about a possible vaccine could counteract that, at least for the medium or longer term.

Lo said transactions generally slow down in the winter, so November and early December are often busy. This year, however, he expects most transactions being discussed now will be pushed into 2021. 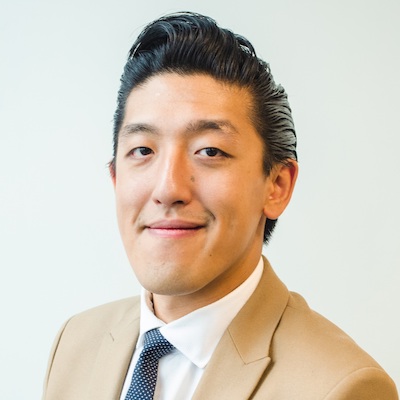 While most markets saw average net rents grow significantly during Q2, net rental growth decelerated to less than one per cent in the third quarter, with national average net rent at $18.24 per square foot.

“Although you might not see movement on average net rents or average gross rents, net effective rents and gross effective rents will be where you’ll see some movement as landlords start to offer more inducements in an attempt to incentivize or draw tenants,” said Lo.

Total pre-leasing remains high across new developments in Canada at 75.5 per cent. However, as impending deliveries approach in 2021, there could be concerns about the backfill space those tenants will leave behind in existing inventory.

“We’ve seen some speculative developments break ground over the past few months,” said Lo. “I think that’s more of an indication of how strong Toronto’s fundamentals have been, especially pre-pandemic, and not just in the office market but even looking further into the labour market and the sort of talent that Toronto has and the diversity Toronto has.”

The vacancy rate in the Greater Toronto Area (GTA) West edged up by 10 basis points to 13.5 per cent.

There was leasing activity of 238,158 square feet across seven deals greater than 10,000 square feet during the quarter, with renewals accounting for 70 per cent of all deals.

McKesson Canada occupied its new 250,000-square-foot space at 2300 Meadowvale Blvd. during the quarter.

The vacancy rate in the GTA North East rose by 90 basis points quarter-over-quarter to 10.3 per cent. The market posted 405,534 square feet of negative net absorption, the highest quarterly loss since the Q2 2009.

Ottawa’s office vacancy rate rose 70 basis points quarter-over-quarter to 7.7 per cent, well below the 10-year average of 8.8 per cent. Subleasing drove the increase with an additional 212,926 square feet of vacant sublet space.

Fifty-three per cent of the vacant sublets are downtown, including Shopify’s 170,000-square-foot sublease at 150 Elgin St.

Montreal’s vacancy rate rose 50 basis points from the previous quarter to 9.9 per cent, which was still 90 basis points below the 10-year average.

There were 436,120 square feet of new sublet availability added to the market in the third quarter, pushing the amount of total available sublet space to almost 1.4 million square feet. There was also negative 735,494 square feet of net absorption, making it the first quarter of negative absorption since Q1 2018.

Downtown Edmonton’s vacancy rate increased from 18.8 per cent in Q2 to 19.3 per cent, while suburban vacancy remained steady at 18.6 per cent. Sublease availability increased by 15.3 per cent to 597,266 square feet.

The downtown Calgary vacancy rate rose to 25.1 per cent as negative net absorption of 130,264 square feet during the third quarter increased the year-to-date total to 435,510 square feet.

Calgary’s suburban vacancy rate rose to 17.5 per cent, fuelled by an increase in sublease space. There was negative net absorption of 334,437 square feet during the quarter.

Vacancy rates are expected to rise in the coming quarters. Landlords will likely face steep competition from premium sublease space coming to market, so favourable lease conditions and reduced rents will be key to attract new tenants.

Asking rents have increased by 5.9 per cent year-over-year market-wide, while declining by 2.4 per cent downtown.

Joel Schlesinger Commercial Market Trends Winnipeg Nov. 3 2020
Steve McLean Business reporter
Steve is a veteran writer, reporter, editor and communications specialist whose work has appeared in a wide variety of print and online outlets. He’s the author of the book Hot Canadian Bands and has taught reporting to college students. He is based in Toronto.