Crown Realty Partners has grown from three to 40 employees in Ottawa and now owns or manages 2.7... 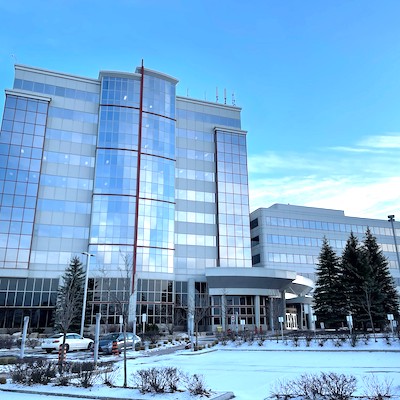 Crown Realty Partners has grown from three to 40 employees in Ottawa and now owns or manages 2.7 million square feet of space in the region since entering the market in September 2019. The Toronto-based firm has just added another marquee property and plans more investments.

“We love the fundamentals,” Crown partner of acquisitions and leasing Scott Watson told RENX. “There’s affordable housing, a great work-life balance that you don’t find in many cities, and for most people their commute is 20 minutes or less.

“You have great universities on site spitting out amazing talent and a technology base of tenants and users that is growing in addition to the government. We like it because it has stability beyond the federal government.”

There’s also been leasing momentum in Ottawa through the pandemic, Watson said.

Q4 2021 stats from CBRE report 566,087 square feet of net absorption, including 320,953 square feet of new supply. That has dropped the city’s overall vacancy rate to 8.6 per cent, and the downtown rate of 9.9 per cent ranks it third-lowest in North America behind only Vancouver and Toronto.

Its most recent Ottawa acquisition is a two-building office complex on a six-acre site at 3755 Riverside Dr., which it purchased in December for $49 million in a sale-leaseback deal with IBM.

It was originally built for business software company Cognos, which was acquired by IBM in 2007 for $4.9 billion US.

“They’ve been the sole tenant and it’s never been available to third parties before,” Watson said.

Crown will seek new tenants for that original six-storey, 85,491-square-foot building who can take occupancy in December 2023.

“That gives us time to get some planning completed and make lobby, corridor and washroom upgrades to turn over the building and bring it to current standards,” Watson said.

“We like the idea that it’s a large-block opportunity. There aren’t many within the Ottawa market right now, especially in the suburbs.”

The campus is in the Ottawa South submarket, adjacent to Rideau Heights Business Park and The Ottawa Hunt & Golf Club, and in close proximity to Ottawa international airport.

The property has on-site meeting and fitness facilities. The building’s large lobby will be renovated and brought up to a modern class-A standard.

The property also has a four-level, above-grade open-air parking garage and a market-leading ratio of 3.7 parking spots per 1,000 square feet.

The purchase was made on behalf of the Crown Realty IV Limited Partnership Fund, which was created in 2017 and accumulated $234 million of equity.

Crown has experience in taking large single-tenant campuses and repositioning them to multi-tenant spaces, according to Watson.

“We did the same with AstraZeneca in Mississauga from 2013 to 2015 and had great success.

“We bought GE’s headquarters in Mississauga in 2017. That was a single-tenant, 250,000-square-foot property with a two-year leaseback. They ended up vacating entirely and we ended up re-leasing the entire building to McKesson and then sold it during the pandemic.”

Crown would like to attract two to four tenants to the available space at 3755 Riverside Dr., which has 15,000-square-foot floorplates.

Crown also took on a share of the management responsibility for another major Ottawa property in 2021.

More than 7,000 federal employees work at Place de Ville and it also has smaller tenants. It’s 91 per cent leased, according to Watson.

Having most of Place de Ville leased to the federal government with relatively long-term leases appealed to Crestpoint, which had existing business relationships with both Vestcor and Crown before the acquisition.

“The stability of the cash flow over the long term really attracted us to the property,” Crestpoint executive vice-president Elliott Altberg told RENX. “And it was institutionally owned by three large institutions, so it was well-kept.”

Place de Ville has undergone a $5-million renovation of its concourse, which is connected to an underground pedestrian pathway that provides access to shopping, dining, two hotels and public transit.

The Place de Ville site also includes a 1.2-acre surface parking lot that could be intensified with a residential or office development. There are no plans for that yet, however.

“It was important for us to have that as part of the transaction and it’s a really marquee land parcel in the CBD (central business district),” said Altberg. “There are going to be really good opportunities to do something with that.

“We’ll plan over the next six to 12 months and figure out what we can do there. We have a lot of different options that we’re pursuing.”

The three-building Carling Executive Centre was Crown’s first Ottawa acquisition in the fall of 2019, when it was purchased for $56.5 million. Watson said the company had been attempting to enter the market for four years before that acquisition.

Carling Executive Centre, a suburban property along the Queensway corridor, had 72 per cent occupancy when it was acquired. Crown built model suites and added amenities and the occupancy rate has risen to 95 per cent through the pandemic, a time when many other office buildings have seen occupancy rates decrease.

“I think we have turned the corner,” said Watson. “Omicron might delay the full rebound again, but we certainly saw some great activity at year end.”

Crown also entered a third-party management agreement with an institutionally owned portfolio of assets in Ottawa last year, further cementing its commitment to the nation’s capital.

The closed-ended, value-add Crown Realty V Limited Partnership Fund raised $260 million in equity last year, and Watson said there will definitely be further investments in Ottawa with some of that money.

Danny Kucharsky Commercial Transactions Ottawa Jan. 13 2022
Steve McLean Business reporter
Steve is a veteran writer, reporter, editor and communications specialist whose work has appeared in a wide variety of print and online outlets. He’s the author of the book Hot Canadian Bands and has taught reporting to college students. He is based in Toronto.