The pace of U.S. deal-making at Dalfen America Corp. is so brisk these days the best way to keep abreast of the news is to talk directly to company president Sean Dalfen. 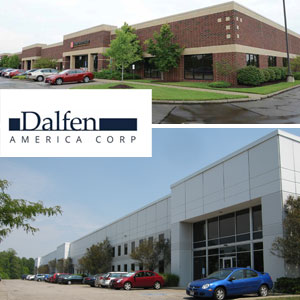 “We closed yesterday on a $108-million deal of 23 buildings and a bunch of land in Cinncinati, Columbus and Cleveland,” he said in a recent interview.

That deal is not to be confused with the purchase of the McKinney Central Business Park in a suburb of booming Dallas-Fort Worth, the most recent purchase detailed on its website.

“That is another deal we completed the week before,” he said. “It is official, it is not public but it is official. . . . We will put out a press release about it later.”

The latest acquisition doesn’t have a handy name given it encompasses so many different parks with about 2.1 million square feet of space. Dalfen simply calls it the “Ohio industrial portfolio.”

The properties are 94 per cent leased and during the company’s due diligence process, it signed a number of lengthy leases from big-name tenants.

Last month, Dalfen America announced the hiring of Scott Henry as vice-president of acquisitions, responsible for “pursuing new investments throughout select markets in the U.S. while taking a leading role on the company’s Dallas-based acquisitions team.”

Henry was formerly director of acquisitions for Dallas-based Mohr Capital, LLC, where he focused on acquiring industrial and office assets throughout the country. During his 20-year career, Henry has transacted on more than 10 million square feet of property in excess of $1 billion.

Until Henry’s hiring, Dalfen was in charge of acquisitions. Even with the new executive on board, however, the Dalfen America chief expects to play a key role in other new purchases.

“I’m involved in acquisitions from the standpoint that there is not a building that we buy that I don’t see before we buy it,” he said.

Dalfen philosophy part of a trend

Dalfen traces its roots to Montreal, where Sean’s father Murray continues to play a key role in the company. But the real action is in the States and the Dallas head office, which is executing a strategy to capitalize on a trend reshaping U.S. business.

“These spaces are in high demand, especially with the shift we have seen across the industrial world where it is very important for companies to be closer to the end user,” said Dalfen. “From a distribution standpoint, it cuts down the movement of goods and that last mile is very essential.”

Reversing a trend to massive, centralized facilities, companies are diversifying their footprint across the U.S. at getting closer to major metro markets and Dalfen is attempting to play a major role in this shift.

“It makes a lot of sense for companies to have multiple locations throughout the country.”

Focus on assets catering to e-commerce

The shift to smaller and better-located facilities dovetails nicely with Dalfen America’s longstanding approach to buy infill properties in metro centres where it is difficult for competitors to come in and build.

“That is what we have focused on, acquiring assets with barriers to entry at below replacement cost that cater to an e-commerce user.”

Since virtually every business is in the e-commerce field, “I see it as simply commerce today,” he said.

He cites a major U.S. retailer for whom his company is creating a build-to-suit property. Today, between 40 and 45 per cent of its business is direct to consumer through various online platforms.

“That is a huge amount. You see all those malls closing throughout the U.S., and there is a reason for that – we are a generation of now,” who want to shop online rather than heading to a store.

Dalfen a seller as well

“We don’t have to do anything. We will sit on the sidelines if the deals don’t work. From 2005 to 2008, we didn’t buy a damn thing, we sold. A couple hundred million bucks of assets in that time. And we are selling now, too.”

Recently, it received about $14 million for a Phoenix property it purchased two years ago for approximately $7 million. It is currently working on another similar-sized deal to lock in a similar-sized profit, he added.

That fund had a mandate of buying and fixing troubled properties with “fixable problems” and sell for a handy profit.

Dalfen is now buying properties for inclusion into its third investor fund, its Core Plus Fund.