A developer is asking the City of Vancouver to consider an expedited approval process so much-nee... 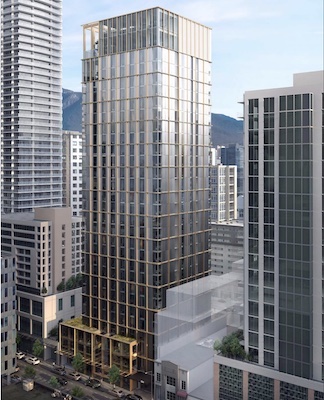 A developer is asking the City of Vancouver to consider an expedited approval process so much-needed hotel stock is supplied as soon as possible.

In its Application For Rezoning for a proposed 30-storey, 393-room hotel project at 848 Seymour St. in the heart of the city, Paul Y. Construction says Vancouver is in the midst of a hotel crisis.

“This proposal is highly beneficial to the City of Vancouver in delivering valuable, sustainable and urgently needed hotel rooms downtown,” it says.

“Situated within the cultural, entertainment and shopping centre of Metro Vancouver, it is in a prime location for visitors and tourists to the city. At a time when the city is in the midst of a hotel crisis, 848 Seymour will help a tourist industry that suffers from a substantial lack of supply and variety,” the document states.

“Over the same period, however, the hotel room night supply is projected to remain essentially unchanged. This will mean an increasing number of visitors will be unable to find hotel accommodation, especially in the summer months when demand is highest.”

A recent report by commercial real estate firm CBRE predicted Vancouver would lead the country in growth for revenue per available room (RevPAR), rising by 13 per cent to a nation-leading $182 in 2023.

Nicole Nguyen, senior director with CBRE, said Vancouver is leading the country in terms of hotel recovery in 2022.

“For the balance of this year, Vancouver will finish with the strongest RevPAR this year and then our expectation is that carries to next year. Vancouver’s always been either the first or second market in Canada in terms of RevPAR performance.

“Historically, it’s very much a market that benefits from its location geographically. You have a great, really long, nice season. So you don’t have winter the same way you do in lots of other parts of the country. So Vancouver benefits from that,” she said.

“You get a really long tourist season. People are more willing to go there in October, November than maybe they are willing to do the same in Toronto for leisure purposes. And it’s the same in the early part of the year.

“It’s a massive leisure destination, it always has been. Some of the things that have helped the market this year – certainly the return of the cruise ships into Vancouver this year has been a big win.

“That has brought a lot of leisure demand. It’s brought a higher-price-point customer back into the market so the hotels have been able to charge accordingly.” 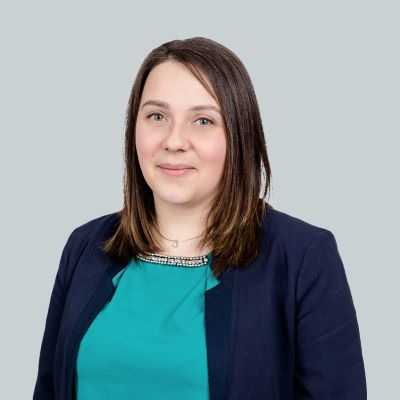 The rezoning application for the hotel on Seymour Street also cited the need for hotel rooms in preparation for the FIFA World Cup in Vancouver in 2026.

According to the BC Ministry of Tourism, FIFA will “increase tourism dollars by $1 billion during and within five years of the event.”

Toronto’s analysis for hosting five FIFA matches is a good comparison for Vancouver – the report estimates the event would bring 3,300 jobs and 174,000 overnight visitors paying for over 292,000 rooms.

This has the potential for substantial revenues when considering Vancouver’s 17.5 per cent hotel room tax.

Providing both supply and variety in the types of hotel rooms is fundamental for Vancouver to have a competitive edge when competing internationally for conferences or special major events like FIFA 2026.

“One major hurdle is the challenge of securing hotel room blocks at a price comparable to other major centres to house the participants and their audiences,” said the application.

Paul Y. Construction (B.C.) Ltd., the rezoning applicant, described itself in the application as a private company wholly owned by the Tso family, which originated in Hong Kong.

For over 70 years, the family has been active in civil engineering and building construction, real estate investment and development. In both Hong Kong and Singapore, the company has built landmark buildings including many hotel developments.

In Vancouver, Paul Y. Construction (B.C.) Ltd. was established to engage in real estate investment and development, including a residential development of townhouses and apartments that spearheaded the successful land optimization plan for the University of British Columbia, it said.

The Project Team includes Forme Development, development manager, and Perkins & Will, architect, both based in Vancouver.

Kerry Gold Residential Condominiums Metro Vancouver Sep. 16 2022
M
Mario Toneguzzi Business reporter
Mario Toneguzzi, based in Calgary has 37 years of experience as a daily newspaper writer, columnist and editor. He worked for 35 years at the Calgary Herald covering sports, crime, politics, health, city and breaking news, and business. For 12 years as a business writer, his main beats were commercial and residential real estate, retail, small business and general economic news. He nows works on his own as a freelance writer and consultant in communications and media relations/training.