Rakotta Real Estate is making a habit of transforming former hotels and office buildings in the w... 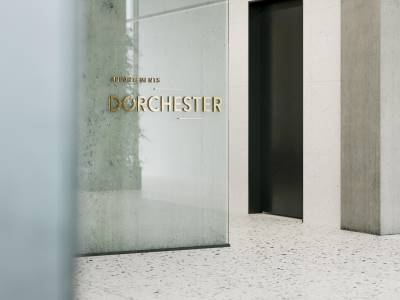 Rakotta Real Estate is making a habit of transforming former hotels and office buildings in the western sector of downtown Montreal into rental housing aimed at university students, young professionals and young families.

“We renovate every single room, every single corridor, every lobby,” says Rakotta president and founder Joseph Nezri. “All the buildings are completely brand new.”

Rakotta has also built a new 36-storey apartment building next to the former Maritime Plaza, which is now being leased.

Nezri, who founded and previously owned fashion retailer Mexx Canada, says he got into real estate by accident. “We started with one building and we liked it and I said ‘Let’s keep on doing it.’ ”

Rakotta was the holding company for Mexx but the name itself has no meaning, Nezri says.

The company is concentrating on the central core of Montreal because “we are downtown people,” Nezri says. By doing so, “it’s easier to leverage the costs. We can share the people from one building to another.”

The company’s first major acquisition, Le 2100, was transformed into about 300 rental units, with rents starting at $1,150 monthly. It took a few years to renovate the former hotel.

The 15-storey hotel was in bad condition and “we did everything” to transform the building before it reopened in 2017 with 215 rental apartments.

A round, flying saucer-like building at the front of the building which served as the hotel’s former restaurant was preserved at the request of the City of Montreal.

“At the beginning we wanted to change it, but we talked to the city, and they were right, so we followed their advice and we kept it,” Nezri says. Now, “we love it. We love the style.”

The round building has now been rented as office space to a bedding company.

Leasing for the 36-storey tower began in May. Rents range from $900 for a studio to $2,400 for a two-bedroom on the upper floors of the new high-rise.

Amenities at Les Appartements Dorchester include high-speed Internet with each unit having its own router, about 5,000 square feet of study and workspace, a fitness centre, pool, lounge with pool table and 24-hour security. Heat and electricity are included.

With 495 units in its two phases, Appartements Dorchester is now 62 per cent leased. Both furnished and unfurnished apartments are available, with short-term rentals available for a minimum 29 days. There are also about 55 underground parking spots.

Rakotta is also talking to restaurants about leasing a commercial space with a large terrace. Rents for Les Appartements Dorchester are reasonable, given the amenities.

That’s because, Nezri says, “we planned the (new) building and we signed contracts in 2016 and all of the sub-contractors respected their contracts.” The result was “a lower cost per square foot. We let the tenants take advantage of that.”

Nezri says the aim is to provide “turnkey housing at competitive prices.”

Rakotta did not need to provide social housing or affordable units, as the tower was approved before a city bylaw made that a requirement for new developments.

Nezri declined to divulge the cost for the two phases of Les Appartements Dorchester.

Rakotta will be building a third phase at the Gramercy Residences, taking advantage of a parcel of land at the rear of the two existing buildings.

A 12-storey building with 80 units at 1955 Lincoln St. is set for completion in September 2023. It will have an underground link to amenities and common areas, such as a gym, lounge space and laundry room in the other two buildings.

Nezri says all the buildings in the Rakotta portfolio have 24-hour security: “It’s one of the largest expenses we have, but it’s the difference between us and competitors.”

There are no plans to expand beyond rental housing, as multires “is our core business.”

Derek Lobo Residential Government National Jul. 21 2022
D
Danny Kucharsky Business reporter
Danny is a multiple award-winning journalist based in Montreal, who has written for about 75 magazines and newspapers in Canada and the U.S. His credits include The Globe and Mail, Montreal Gazette, Maclean's, Chicago Tribune and a wide variety of business, specialized trade and medical magazines. Danny was also the Montreal correspondent for Marketing Magazine for several years.