Edmonton’s downtown a study in transformation

The move to rejuvenate downtown cores is evident in many cities, but few could boast as much acti...

The move to rejuvenate downtown cores is evident in many cities, but few could boast as much activity, for their relative size, as Edmonton. 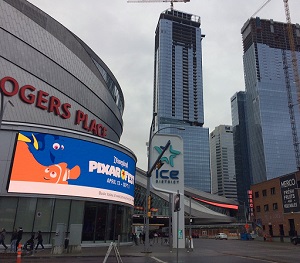 The ICE District is leading a major rejuvenation — and shakeup of commercial real estate — in downtown Edmonton. (Don Wilcox RENX)

Home to just under a million people, the city is awash in both cranes and surveyors these days. If you wanted to study a downtown in transition, this might not be a bad place to start.

“There’s a downtown boom going on pretty much across the continent and I think Edmonton is doing better than many,” said Simon O’Byrne, a vice-president of Stantec engineers, during the recent Edmonton Real Estate Forum. “It’s really a kind of back-to-the-city movement happening everywhere.”

The catalyst for much of this change is also the largest and most visible downtown development, Katz Group’s massive ICE District adjacent to the new Rogers Place hockey arena and entertainment centre. It’s a $2.4-billion, mixed-use development encompassing 25 acres which will soon be home to the city’s two tallest towers, the Stantec Tower and the Edmonton Tower, among others.

Just a week ago, the developers celebrated the topping off of the JW Marriott Edmonton ICE District hotel, which will occupy the lower 22 storeys of a 56-storey tower topped by The Legends Private Residences.

But ICE District is far from the only major development. Downtown Business Association of Edmonton executive director Ian O’Donnell said there are 30 significant projects either under construction or in various stages of the City Hall approval process.

Those projects include 1,000 housing units under construction – virtually all of them vertical living – and another 1,500 planned.

“The rate of that trajectory is dramatically amplified by ICE District and by the arena,” O’Byrne said. “What that did for enthusiasm is remarkable. If you were to say to yourself ‘where was the downtown at 10 years ago?’ and ‘where is it at today?’ 90 per cent of the credit in my opinion certainly goes to the arena and the ICE District.”

It is, at once, causing a dramatic transformation as well as a healthy dose of turmoil. On the commercial side, there is a radical reshuffling of tenancies underway which will continue for the next few years.

On the residential side, the core is growing from a population of 10,000 in 2008 to 15,000 today to a projected 18,000 residents by 2021. That burgeoning population will be the engine which drives the core beyond being just a place where office towers fill up every morning only to empty at 4:30 p.m.

The business case for such a transformation is tough to argue against.

“As goes the downtown, so goes the city.”

O’Donnell added a vibrant city core is also important for visitors to Edmonton, who are usually engaged in activities in the downtown.

“When you travel, do you go out to the far-flung reaches of a city?” he asked. “Perhaps, but typically you are going to their downtown, whether it is for business or pleasure. That is going to be the experience and impression you take back.”

For the short and medium terms, the development is causing upheaval for existing building owners and managers. You can’t add almost two million square feet of space to a commercial inventory of about 27 million square feet, with a 19 per cent vacancy rate, and expect anything else.

“I think you are going to see a shift and a flight to quality, but that’s OK,” said Chris Nasim, vice-president, asset management, of GWL Realty Advisors. “It will keep tenants here. It will keep people here and there will be winners and losers downtown, but I think on par downtown is going to be much more successful moving forward.”

Nasim said one change is already evident. More graduates of Edmonton’s universities and colleges are staying in the city than in the past, when the majority of downtown jobs meant working in aging office buildings.

“It’s creating a buzz downtown that you can feel as a visitor coming to this city regularly.”

Another aspect of the transformation is the repositioning, or conversion, of older buildings. It’s estimated about 600,000 square feet of what used to be office space is up for conversion in as many as a half-dozen buildings.

“Maybe that Enbridge Tower is an example,” said Mike Saunders, vice-president of development at Qualico Commercial. “It’s 180,000 square feet that’s not going to be in the market. It’s going to get converted over to a hotel and potentially a few apartments.”

The impact of these decisions is with a company such as Stantec moving its employees out of several Edmonton locations and into the Stantec Tower, at least some of that existing space will be taken out of inventory. Other tenants are growing – Alberta Health Services added 180,000 square feet to its lease at the Edmonton CN Tower, for example – which means the new construction might not create a market skewed entirely in favour of tenants.

“It is changing the dynamic for the marketplace and it is going to be a bit of a driver for people to say, ‘I need to solidify my space, because there isn’t going to be as much quality vacancy out there,’ ” Saunders said.

But there is a lot of space coming, and many new residences. That led O’Byrne to also sound a note of caution.

City must pick and choose

“Everyone wants to get behind every big initiative,” he said, “but you can’t have the Northlands redevelopment, the downtown, Blatchford, the North Edge, Quarters, West Rossdale and on and on and have them all be successful because we are not that big of a market yet.

But in the downtown, at least, the commitment is already in place. And O’Byrne, for one, wants the city to continue to focus on the core.

“Downtown can only stay on this trajectory if people keep championing it and pushing for it and keep investing in it,” O’Byrne concluded. “It is great ROI, as evidenced by this subsidizing taxes for the rest of the city.”