The owner of the Sobeys, Safeway Canada and FreshCo grocery stores has announced the latest phase... 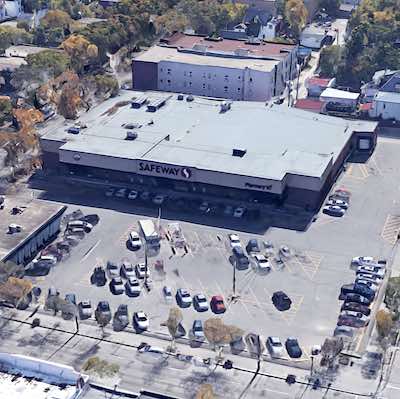 This Winnipeg Safeway location, on Sargent Avenue, will close and be converted into a FreshCo by owner Empire Company Ltd. (Google Street View)

The owner of the Sobeys, Safeway Canada and FreshCo grocery stores has announced the latest phase in its continuing expansion of the discount FreshCo banner in Western Canada, including its first foray into Alberta.

Empire Company Limited (EMP-A-T) will build one new store and convert an existing Sobeys store in Edmonton. The company also announced four of its Manitoba stores will convert to the FreshCo banner as part of its five-year program, announced in 2018, to convert about 25 per cent of its underperforming stores in Western Canada to FreshCos.

“Breaking ground in Alberta is a significant milestone in our Western Canadian expansion. We have now opened or planned locations in every province in Western Canada,” said Mike Venton, the general manager, discount for Empire, in a release. “Our FreshCo expansion into Western Canada is more relevant than ever before, as economic realities continue to shift. We are seeing a strong appetite for discount grocery options as the brand continues to resonate with the Western Canadian shopper.”

Empire, which is based in Stellarton, N.S., has confirmed 28 FreshCo locations in Western Canada to date. It has opened 16 stores in British Columbia and Manitoba, and will open two more B.C. locations as well as four in Saskatchewan during 2020.

The two Edmonton stores will be located in the Heritage (2304 109 St. NW) and Tamarack neighbourhoods. The Tamarack location is a new construction site, with the store planned to open in spring 2021. The Sobeys store in Heritage will close for renovation in fall 2020, with plans to open as FreshCo in spring 2021.

The four future Manitoba FreshCo store locations are all located in the Winnipeg area: Sargent (600 Sargent Ave.), Niakwa Village (2 Apline Ave.), Pembina and McGillivray, and Henderson and Bronx. The Safeway locations will all close in fall 2020 with plans to open as FreshCo in spring 2021.

Costs related to the closures of the existing Safeways and Sobeys will be charged to Empire’s earnings in the first quarter of fiscal 2021. Empire estimates the charges to be approximately $4 million.

Empire says it will work with the union representing employees to “ensure that all terms of the collective agreements are met.” The grocer plans to offer options including jobs at other Safeway stores within the network, or the new FreshCo locations.

Much of Empire’s real estate is owned and operated by Crombie REIT, in which the company is the major shareholder at about 41.5 per cent. Empire stores provides almost 54 per cent of Crombie’s annual rent revenue, according to its Q1 2020 financial report.

Although Crombie has an extensive pipeline of developments and redevelopments underway or planned at 33 of its 285 properties across Canada, none of the sites involved in this announcement (the two Edmonton stores and the four Saskatchewan sites) are on that list as of its Q1 2020 report.

* Fronsac has built a ‘pandemic-resistent’ portfolio