Empire Company Ltd., (EMP-A-T) is returning to a tried and true strategy to make a major expansio... 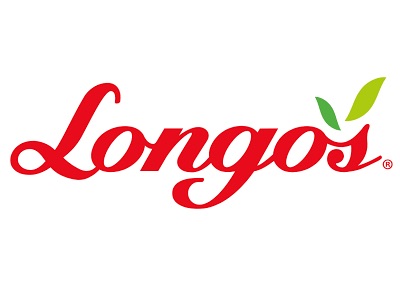 Empire Company Ltd., (EMP-A-T) is returning to a tried and true strategy to make a major expansion in the Greater Toronto Area and Southern Ontario grocery business. This time, it is spending $357 million to acquire 51 per cent of family-owned Longo’s stores and its Grocery Gateway e-commerce business.

Empire is the Nova Scotia-based parent of the Sobeys grocery store chain, and just over two years ago it acquired another mid-sized but rapidly expanding Ontario specialty grocery chain, Ottawa-based Farm Boy, for $800 million.

“Longo’s is a grocery crown jewel  of the Greater Toronto Area and Southern Ontario with a very strong brand and legions of loyal satisfied customers.” said Empire president and CEO Michael Medline during a conference call following the announcement. “We’ve always been impressed with the business the Longo family has built.

The purchase price is based on a company value of $700 million for Longo’s 36 locations and Grocery Gateway. They will add significant heft to Empire’s footprint in the GTA with a selection of fresh, convenience and private-label products as well as day-to-day staples.

The addition of Longo’s adds a second strong regional brand to Empire’s Ontario operations. When Empire acquired it, Farm Boy had 26 stores and was expanding rapidly into the GTA and Southern and Southwestern Ontario. Empire has accelerated that expansion.

Empire says its success with Farm Boy set the foundation for the Longo’s and Grocery Gateway transaction.

“This isn’t new stuff, I mean we’ve been doing it for two years (with Farm Boy),” Medline said. “Although over at Empire we may be larger, we are not overly proud. We learned so much from Farm Boy and we are going to learn a ton from Longo’s.”

“Empire will become the majority shareholder, but Longo’s will be managed separately,” he said. “This model of keeping the brands separate has been extremely successful with Farm Boy and we believe it is imperative to do the same with Longo’s.

“As I pledged when we acquired Farm Boy, let me say to Longo’s customers and team members, we will not change or spoil what has made Longo’s great.”

Longo’s plans to open several new stores over the next five years.

About the Longo’s grocery chain

Longo’s will continue to be led by CEO Anthony Longo, but will gain access to Empire’s infrastructure and capabilities in areas such as sourcing, logistics and real estate. Grocery Gateway and its 70,000 customers will also continue as a stand-alone business, though Empire plans to seek efficiencies through collaboration with its own Voilà online business.

”We believe we appeal to more customers with the two platforms as they provide different value propositions for customers,” Medline said. “Both platforms are growing materially and are adding customers so we can further accelerate our online penetration by operating them separately.”

Founded in 1956, the first Longo’s store was opened by three brothers, Tommy, Joe and Gus Longo in Toronto. Sales were approximately $1.1 billion for the year ended Feb. 28.

The Longo family intends to remain as long-term shareholders of Longo’s, but the transaction does allow Empire to increase its share over time to 100 per cent ownership. Medline, however, said he hopes the family remains heavily involved.

“You have to have a potential end game; however our wish is that the Longo family stays forever,” he said.

“We really enjoy the business,” said Longo’s Anthony Longo. “We love retail and we love grocery, we’d love to be able to stay involved with Empire for generations to come.”

About $125 million in Empire shares will be distributed to Longo’s shareholders are part of the transaction, subject to TSX approval.

It is also funding the purchase with $197 million in cash and $35 million in new debt. Executive vice-president and chief financial officer Michael Vels said Empire’s NCIB program will be stepped up which should handle any shareholder dilution concerns.

“We expect to significantly increase our normal course issuer bid in fiscal 2022 and expect the total shares repurchased by the end of fiscal 2021 and in fiscal 2022 will more than exceed the shares issued to the Longo family,” Vels said.

The transaction is subject to customary closing conditions and is expected to close in the first quarter of fiscal 2022.