Firm Capital Property Trust (FCPT), which continues to invest patiently, now has more money to do so after two recent asset sales and a refinancing deal. 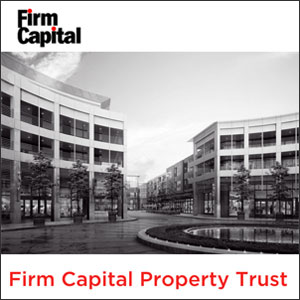 “Our two favoured asset classes are multi-tenant industrial and retail,” said FCPT president and chief executive officer Robert McKee. “But for our investment strategy right now, ‘opportunistic’ would be the best word to describe it.

“We tend to be value buyers, so we want to take a very long-term view and buy things that are going to be stable cash-flowing assets. At the same time, we’re not going to chase the market from a cap rate perspective.”

FCPT sold a 10,542-square-foot retail strip centre in Hamilton with local tenants for $3.4 million. It also disposed of an 8,788-square-foot, non-core, land-leased retail property in Burnaby, B.C., that had approximately seven years remaining on the land lease for gross proceeds of $557,000. Both transactions were arm’s length and the trust’s share of the proceeds was approximately $2.8 million.

“We were approached by the purchaser, which made a very attractive offer for the property,” McKee said of the Hamilton deal. “We felt that it was in our best interests to divest that one.”

FCPT recently entered into a new five-year, $23.7-million floating rate mortgage for its “Centre Ice Retail Portfolio” of 25 buildings comprising 230,822 square feet that was swapped to a fixed rate of 2.92 per cent for the term of the mortgage. The trust’s portion of the new financing increased the cash available by $4.7 million.

The trust has cash resources of approximately $11.4 million and $8 million available on its revolving credit facility to fund future acquisitions and development.

“We’re always evaluating opportunities, but there’s really nothing at this point that’s at a stage where we could disclose anything,” McKee said of potential purchases.

“The thing that’s holding us back isn’t access to capital right now, it’s access to acquisitions that make sense to us from a long-term perspective.”

FCPT’s board and management members co-invest in most of the trust’s acquisitions. FCPT also makes joint acquisitions with financial partners and acquires partial interests from existing ownership groups to provide liquidity to selling owners and professional management for those remaining as partners.

Goal to move up from TSX Venture Exchange

FCPT (FCD.UN-X) had a market cap of $62.8 million at the end of last week. The goal is to step up to the Toronto Stock Exchange once the market cap is in the $150 million to $250 million range.

“At our current size, it still makes a lot more sense for us to be listed on the Venture Exchange,” said McKee. “As we grow and see our liquidity in trading grow as well, it will be at some point prudent for us to make that move.”