Office spaces in Montreal that are getting the most traction from high-quality tenants are well-c... 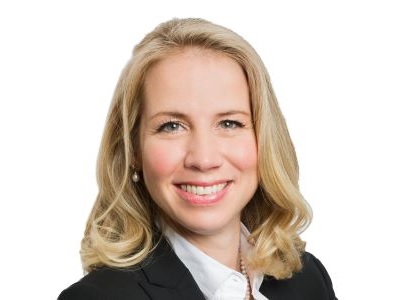 Office spaces in Montreal that are getting the most traction from high-quality tenants are well-connected to transit, offer a high number of amenities and state-of-the-art HVAC and building systems, said Erica Deschênes, vice-president of CBRE in Montreal.

That’s because companies are investing in and “working desperately to retain their talent,” with many making a flight to quality, she said.

Deschênes was one of the speakers at a session on The HR factor: How will the office evolve? during the Montreal Real Estate Strategy and Leasing Conference held Sept. 20 at the Palais des congrès convention centre.

Her listings are primarily for newly built class-AA or class-AAA office towers that are very different than aging and chronically vacant class-B buildings, she said.

“We’ve been choosing to transact with companies that (have) very strong covenants – sometimes in the billion-dollar range – so that is very good news for Montreal.”

To attract the best tenants, landlords in all building classes must create dynamic spaces and demonstrate why the company’s office is better than working from a home office, she said. “The objective is to elevate the workplace and demonstrate a certain responsiveness to make it better.”

Deschênes said her team has completed 34 transactions this year totalling 290,000 square feet and, in each case, it was the landlord’s commitment to make changes and engage with tenants that led to a successful transaction.

Buildings which offer everything from multiple amenities to elaborate concierge services that take care of everything from groceries to dry cleaning are those that “make the office an attractive place to be. Those are the buildings that are winning.”

She noted that a CBRE survey of 200 Fortune 500 companies across North America found that most believe that the office is a fundamental tool for business success and want employees in the office more often.

However, many of these same people don’t want to return to the office.

“It’s a question of choice,” he said, noting employees are weighing the benefits of investing two hours of their time commuting to the office versus the potential benefits. Often, all they gain in the exchange is the ability to sit in front of the same screen they can sit in front of at home.

Benarrous quoted writer Malcolm Gladwell that people don’t have anything against computing, but they have something against commuting. “They don’t see the benefits, so they consider it as a waste of time.”

As a result, offices must have features employees can not get at home, he said.

For example, employees living in apartments or condos in Griffintown – a Montreal neighbourhood near downtown – likely have only tiny balconies. Companies with patios where employees can work in the summer are certain to attract those staffers to the office.

Unfortunately, he said many companies are offering perks that will keep employees at home. These include companies that hire baristas and offer free cappuccino. Benarrous asked: Are employees going to trade two hours of their time for a free cappuccino?

The challenge that must be addressed is the efficiency of public transit, he said. The more effective transit is the more people will go to the office. Governments need to be convinced of the importance of this issue.

In a related session on Repopulating the downtown core, Jessica Bouchard, senior director, content strategy, economic affairs and downtown relaunch at the Montreal Metropolitan Chamber of Commerce, noted that a survey found 74 per cent of downtown employers plan to improve their workplaces by 2024.

All of the panelists at the session, which included Annik Desmarteau, vice-president, offices, Quebec at Ivanhoé Cambridge, agreed employers should oblige their workers to come into the office three days a week.

Can technology solutions encourage a return to office?

Danny Kucharsky Commercial Market Trends Greater Montreal Sep. 26 2022
D
Danny Kucharsky Business reporter
Danny is a multiple award-winning journalist based in Montreal, who has written for about 75 magazines and newspapers in Canada and the U.S. His credits include The Globe and Mail, Montreal Gazette, Maclean's, Chicago Tribune and a wide variety of business, specialized trade and medical magazines. Danny was also the Montreal correspondent for Marketing Magazine for several years.