First Capital REIT has agreements to sell a 50 per cent, non-managing interest in six grocery-anc... 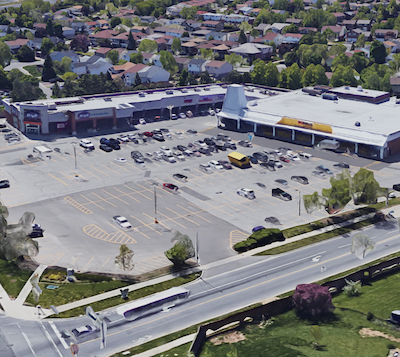 First Capital REIT has agreements to sell a 50 per cent, non-managing interest in six grocery-anchored retail properties, as well as a portion of developable land at Place Panama on Montreal’s South Shore.

The trust says the two transactions have a combined sale price of approximately $115 million.

Three of the retail properties are located in Gatineau, Que., (Carrefour du Versant, Place Nelligan and Place Cite des Jeunes), with the others in Alberta (Lakeview Plaza in Calgary and Meadowbrook Centre in Edmonton) and in Burlington (Burlingwood Centre) in Southwestern Ontario.

The announcement does not identify the purchaser, but says it expands an existing institutional partnership which is focused on owning “stable grocery anchored centres in locations with attractive demographic profiles.” The new transaction expands the partnership to 17 properties in six cities.

“These transactions advance our real estate strategy and at the same time will reduce leverage. We are delighted to expand our relationship with a great existing partner through this most recent transaction and look forward to further partnering in the future on additional properties from both First Capital and third parties,” said Adam Paul, president and CEO of First Capital, in the release.

First Capital has also decided to monetize its density rights in a portion of its Place Panama development in Brossard on Montreal’s South Shore.

For many years, Place Panama was home to only a 90,000-square-foot, single-storey retail centre.

In 2018, First Capital created a development plan for the 6.2-acre property and had it rezoned to permit up to 1.9 million square feet of mixed-use density, at heights of up to 30 storeys.

The master plan divides the property into three distinct blocks, one of which is being sold as part of this transaction. The remaining blocks will be retained by First Capital.

The 3.2-acre block being sold will accommodate 0.9 million square feet of residential, office and retail density. First Capital is retaining the right to acquire the retail component of this phase of the development.

“The Panama transaction allows us to crystallize value we created through our density pipeline while at the same time maintaining meaningful future upside through the portion of the property we are retaining,” Paul said in the release.

Panama Place is a 10-minute drive from downtown Montreal, and adjacent to what will be the first stop on the South Shore of Montreal’s new light rail network (REM), which is expected to open in 2022. A bus terminal is also adjacent to the property.

The transactions remain subject to standard closing conditions and are expected to close by the end of 2020.