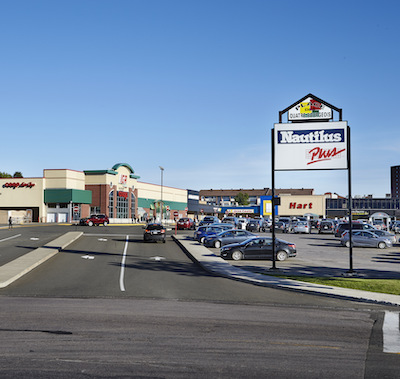 “It’s a wonderful transaction for us,” said Jonathan Trudel, executive vice-president and co-founder of Quebec City-based Trudel Alliance. He said the deal is well-balanced between stable and established sites and properties with high redevelopment potential.

The deal, which effectively doubles Trudel Alliance’s real estate portfolio, had been under negotiations for more than a year.

Galeries Charlesbourg and Place des Quatre-Bourgeois, in particular, are ripe for redevelopment, Trudel said. Both are high-potential sites with plenty of excess space and parking lots that would allow for changes to their retail components as well as the addition of residential units, office space, restaurants and entertainment and parks.

Although it’s too early to provide an amount, “10s of millions of dollars” could be invested at the two sites, Trudel said.

Trudel said Trudel Alliance will begin public consultations starting in 2020 on the redevelopment of the sites. “Following those consultations, we’ll develop a master plan for the properties.”

The transaction will allow Trudel Alliance to more quickly reach its goal of building a real estate portfolio worth more than $1 billion by 2027.

Trudel Alliance now has real estate assets worth $400 million, based on purchase prices. Once the potential added-value of redevelopment is included, “we’re very close to our goal of $1 billion within a few years,” Trudel said.

The company owns 58 properties in several regions of the Province of Quebec that total more than 2.7 million square feet of leaseable space. Its real estate holdings include offices, industrial spaces and stand-alone retail in addition to shopping centres.

Trudel Alliance is not yet present in the Montreal area, but is considering a strategic acquisition in the city, he said.

The First Capital transaction places Trudel Alliance among the biggest players in shopping centres in the Quebec City area in terms of square footage. The other major players in the market are Ivanhoé Cambridge, Cominar REIT (CUF-UN-T) and Oxford Properties.

Trudel Alliance is in the process of redeveloping the Fleur de Lys shopping centre which it bought last year from KingSett Capital for $60 million. A presentation on future plans for Fleur de Lys will be held early in 2020, Trudel said. 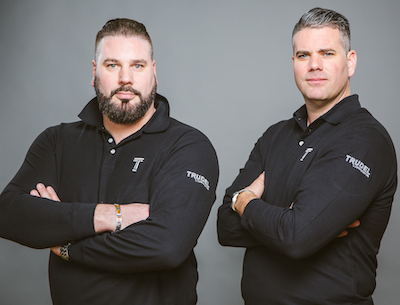 Jonathan (left) and William Trudel are the co-founders of Trudel Alliance. (Courtesy Trudel)

A number of mixed-use possibilities are on the table for Fleur de Lys, including a hotel, seniors home, offices and residential units.

Another high-profile site at 1950 Wilfrid Hamel Boulevard in Quebec City will be repositioned starting in spring 2020 with three new buildings at the site.

The largest building, at 60,000 square feet, will contain a mix of retail and high-tech office clients. Two secondary buildings will be devoted to restaurants.

Trudel and his brother William Trudel, president, CEO and co-founder of Trudel Alliance, have been working in real estate for about 20 years.

After obtaining several properties, the Trudels merged their real estate holdings with those of the Pomerleau family – which is behind the well-known Quebec construction firm of the same name – to create Trudel Alliance in 2017.

In a statement about the acquisition of the First Capital properties, the Trudels noted that while many Quebec companies have been sold to buyers outside the province in recent years, Trudel Alliance aims to create a home-grown real estate jewel.

“We are particularly happy to repatriate to Quebec City ownership of commercial sites that were held by outside interests,” William Trudel said in the statement.