Ontario’s Greater Golden Horseshoe (GGH) has many of the ingredients needed to become a global li... 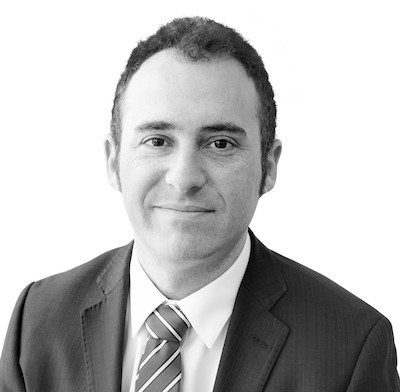 Ontario’s Greater Golden Horseshoe (GGH) has many of the ingredients needed to become a global life sciences hub, but a lack of proper facilities and investment is holding it back.

JLL Canada recently released a report examining the GGH’s potential to play a major role in life sciences. National manager of capital markets research Scott Figler talked to RENX about the issues facing the sector – despite the growing interest.

Figler said many groups are feeling out the life sciences space, doing their homework and touring properties and land to find opportunities to become involved.

Figler is bound by confidentiality agreements to not reveal the names of those players, but he expressed the depth of interest.

“They see the opportunity in Toronto and they’re keen on doing something there as well.”

Toronto is the anchor of the GGH, which includes a swathe of Southern and Western Ontario, including the Hamilton and Kitchener-Waterloo areas.

There are approximately 5.2 million square feet of good manufacturing practices (GMP) space, where products are consistently produced and controlled according to quality standards.

Approximately one-third of this is in Mississauga, which forms the largest concentration of life sciences manufacturing space in Canada, primarily in the Meadowvale or “Pill Hill” submarket.

Approximately 39 per cent of the lab market is user-owned, compared with 15 to 25 per cent for more mature American markets such as Boston, San Francisco, San Diego and Raleigh-Durham. This suggests a significant share of users feel they’re in a better position to manage the operations of their facility than a dedicated landlord.

More dedicated, purpose-built lab and GMP space with next-generation fit-outs is needed in the GGH. While some progress is being made, creating it remains an issue.

Downtown Toronto’s two-square-kilometre Discovery District is bounded by Bloor Street West to the north, Bay Street to the east, Dundas Street to the south and Spadina Avenue to the west.

The corridor offers a concentrated mix of research facilities, biomedical companies, finance and business support services for the research community, which Figler said received about $1.8 billion in scientific funding in 2019.

It’s home to the University of Toronto, more than 50,000 jobs (including more than 22,000 medical care and research-related positions), nine teaching hospitals and more than 30 specialized medical and related sciences research centres.

“That’s a powerful cluster and for everyone that we’re talking to that wants to get involved with this, whether they’re Canadian-based or U.S.-based, that’s ground zero and centre ice,” said Figler. “The Discovery District corridor is Toronto’s answer to competing globally.”

The University of Toronto is building the Schwartz Reisman Innovation Centre in two phases over the next few years. The first will be a 12-storey, 250,000-square-foot building focused on artificial intelligence and innovation. The second will be a 20-storey tower providing 500,000 square feet of space for biomedical innovation.

However, it won’t meet the full demand for life sciences space in the Discovery District. One potential solution is converting existing office space to life sciences uses, which often require higher ceilings and upgraded mechanical and heating, ventilation and air-conditioning systems.

“If you convert, what are you able to provide – and not able to provide – that you could provide in a ground-up development?” asked Figler. “It’s not like you can take all of your low-grade office and convert it over to life sciences.

Figler pointed out leases roll at different times within buildings. So, there can be issues with existing tenants if an owner leases space to life sciences companies that work with hazardous materials, or have special needs for sewage or waste disposal.

There could also be issues with how costs for improved utilities and mechanical systems are split up.

More land is available outside of Toronto in Hamilton and Kitchener-Waterloo, two smaller life science hubs in the GGH, but this sector almost more than any other in real estate is prone to clustering. There’s a desire to locate in areas which already have a dense ecosystem of life sciences-based workers interacting.

“Retrofits are not ideal, but in a market where you don’t have much purpose-built stock it’s often the only option,” said Figler. “It all starts with the real estate and if these companies don’t have the real estate to be competitive, then they’re not going to flourish.”

MIP’s BEAM (Biomedical Engineering and Advanced Manufacturing) Centre is a life sciences-focused building that’s home to Fusion Pharmaceuticals, a pharma startup spun out of the university.

A building that formerly housed The Hamilton Spectator newspaper was acquired by MIP in March 2020 and is being renovated to be a life sciences-focused building providing wet labs for growing companies.

“I think they have the components there and they’re benefiting from demographic growth from Toronto,” he said.

Kitchener-Waterloo is a technology and innovation centre working to boost its life sciences activity.

A University of Waterloo-owned, 90,000-square-foot warehouse at Victoria and Joseph Streets is being transformed into a connected health and technology commercialization community within downtown Kitchener’s Innovation District.

It will also serve as a health innovation nexus and the new home of the Velocity entrepreneurship program, the only business incubator in North America that provides a full spectrum of product development space. The Innovation Arena is scheduled to open in 2023.

“There aren’t many places in Canada where you can have a world-class life sciences ecosystem,” said Figler. “You need a university, a hospital, private sector activity and demographics overlapping in one micro-area.”

Figler said Montreal has a much higher percentage of lab-using employment – which is research and development and lab-focused – than Toronto, where life sciences employment skews more toward manufacturing. Montreal has life sciences clusters around McGill University and in the Mile-Ex neighbourhood.

While there may be isolated life sciences facilities in other Canadian cities, Figler said none currently offer clusters of any significance.

Several federal agencies and programs fund and support the life sciences sector, including: the Canadian Institutes of Health Research; the Natural Sciences and Engineering Research Council of Canada; Genome Canada; the Innovation Superclusters Initiative; the National Research Council Canada; the Strategic Innovation Fund; and the Business Development Bank of Canada.

Government expenditures through Canadian Institutes of Health Research grants saw a 27 per cent year-over-year increase from the 2019-’20 to the 2020-’21 fiscal year, according to the JLL report.

Private sector venture capital funding has also grown significantly. The report said life sciences venture capital in Canada during 2021 was poised to approach $1.7 billion, a 40 per cent year-over-year increase from 2020. About 38 per cent of this money has been funnelled into the GGH market since 2015.

However, a lack of Canadian-sponsored, late-stage seed capital funding to recycle the profits of operations back into the ecosystem is holding the sector back.

Many life sciences companies are startups or small firms which received venture capital funding and are trying to create something to take to market. But they’re not yet profitable.

Developers seeking a loan or financing to build facilities for these companies generally aren’t looked upon favourably when there are projects with more stable cash flows that are more appealing to banks, pension funds and other investors.

“Unless there’s a mature capital partner that’s willing to finance that next stage of development, which could be $50 million or $100 million for the facility they need, they’re going to go to the U.S. because it’s more important to them to find the real estate, because the real estate lets them develop their product,” said Figler.

“Most of these companies are not going to be a blockbuster biomedical unicorn. A lot of them are going to fail. The Canadian financial system needs to accept that as the necessary cost of having a robust life sciences industry.”

Those are just three American markets in a field where the competition is global, so the GGH has its work cut out for it to emerge as a major player.

“You’re not just trying to build for the demand that you know is there right now,” said Figler. “In the real estate market, you want to have some kind of slack in the system so you want to overshoot demand to some extent.”

Hampering that is a lack of comparables for developers. Since there isn’t an abundance of life sciences leasing or transaction activity, facilities are difficult to underwrite. Figler said this “chicken or the egg” problem hinders development and curtails supply.

“Someone needs to make the first move so that there’s a benchmark for the market,” Figler concluded.

Oxford sells One Memorial Drive for $1.05B; largest office sale of 2021

Don Wilcox Commercial Development International Dec. 6 2021
Steve McLean Business reporter
Steve is a veteran writer, reporter, editor and communications specialist whose work has appeared in a wide variety of print and online outlets. He’s the author of the book Hot Canadian Bands and has taught reporting to college students. He is based in Toronto.