Several real estate investment trusts will follow Cominar REIT’s path and will fall apart in the... 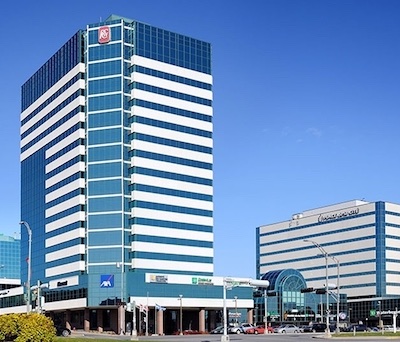 The Place de la Cité complex in Quebec City is now owned by Groupe Mach, which plans to move its head office into the property. (Courtesy Groupe Mach)

“I expect to see more Cominar stories,” he told RENX, speaking on the heels of the official closing of Mach’s acquisition of a stake in Cominar REIT for $1.5 billion.

Montreal-based Mach was part of the consortium, led by Canderel, that took Cominar private in a deal valued at $5.7 billion, including debt. News of the deal’s closing was announced March 1.

Chiara says it is difficult to be nimble within the REIT structure. Real estate is about cleaning floors and changing lights and making sure tenants are happy, and not about being worried about your financial results in the next quarter, he said.

Chiara said Mach’s increased presence will be a “breath of fresh air” to the Quebec City market because Cominar was struggling to keep its offices in the states they deserved to be kept.

“It’s a great building in a great location. It just needs a little bit of love. Actually, it needs a lot of little love,” Chiara said.

The problem with buildings like 150 René Lévesque that have government tenants is that the Quebec government has been preoccupied with cutting expenses which in turn reflects in the quality of the office spaces, he said

“Cominar gave them what they wanted which was cheap rent and the building was in consideration with the rent that they paid. It’s short-term thinking,” Chiara explained. “The government needs to be educated that if they want to get their employees to return to the office and be more efficient, they need to give them quality spaces.”

He noted rents comprise about five per cent of the government’s operating expenses, so if it can get 10 per cent more efficiency from its employees thanks to better workspaces, the rent becomes insignificant.

“A lot of that space (in la Cité) looks tired,” Chiara said. “We’re going to start by showing what that space can look like if it was well-designed and built-out.”

Mach will move its Quebec City office there, having grown out of its current offices in the Saint-Roch neighbourhood.

Other office buildings in Quebec City that can be renovated will be upgraded immediately.

In downtown Montreal, the 21-storey 1080 Beaver Hall, with 311,000 square feet, will see significant improvements, including an exterior facelift. The building currently has a 30 per cent-plus vacancy rate and “we intend to fix that.”

Regular capital expenditures are planned for the other Montreal office acquisitions, from repaving parking lots to changing front doors.

“When our property managers go to an asset and they see a front entrance door that looks like it went through World War II, they replace it because it’s not the image that we want of our properties.”

Chiara is betting the pandemic will not drastically change the office market, which has improved greatly in quality in recent years, and that work from home “is a recipe for disaster.”

Mach has faith in needs-based retail

He also remains very bullish about the retail sector. Mach obtained several shopping malls with the Cominar acquisition, including Place Longueuil on the South Shore of Montreal.

“A lot of people are looking at us and saying ‘Wow, this is a strange type of investor.’

Chiara said Mach’s malls are not fashion malls. Instead, they are anchored by grocery stores and tend to contain pharmacies and other high-traffic stores such as Dollarama, Canadian Tire and RONA.

In addition, Mach’s malls in Trois-Rivières, Rimouski, Rivière-du-Loup, Shawinigan and St-Georges-de-Beauce are “the epicentre of those towns. It’s where everything happens.”

“When 60 per cent of the revenue that is generated by the mall is generated by those triple-A service tenants, I don’t see the risk that other people saw in retail. Traditional brick-and-mortar retail is not going to disappear.”

He added several of the newly acquired shopping centres are ripe for redevelopment either because they have excess land or excess parking or because permitted densities haven’t been exploited.

“We’re going to do some residential development in some cases, increase the retail offer, put in some pads. We see a ton of opportunity on a lot of these assets.”

Through its Cominar acquisition, Mach has also increased its office holdings in the Ottawa area by almost 1.5 million square feet.

“This has obviously given us some real space so that we can set up shop, build an office and then look at other opportunities (in Ottawa-Gatineau),” Chiara said.

He noted the public service in Ottawa once represented about 60 per cent of the city’s economy but now makes up less than 20 per cent, largely due to the growth of the high-tech market.

Both Ottawa and Quebec City have two large universities and graduates are setting up shop in the cities.

“Government has become pretty insignificant to those markets. That’s what’s making them so interesting.”

Steve McLean Commercial Market Trends Greater Montreal Jan. 31 2022
D
Danny Kucharsky Business reporter
Danny is a multiple award-winning journalist based in Montreal, who has written for about 75 magazines and newspapers in Canada and the U.S. His credits include The Globe and Mail, Montreal Gazette, Maclean's, Chicago Tribune and a wide variety of business, specialized trade and medical magazines. Danny was also the Montreal correspondent for Marketing Magazine for several years.