Toronto has 8.7 million square feet of office space under construction and 27.5 million more in t... 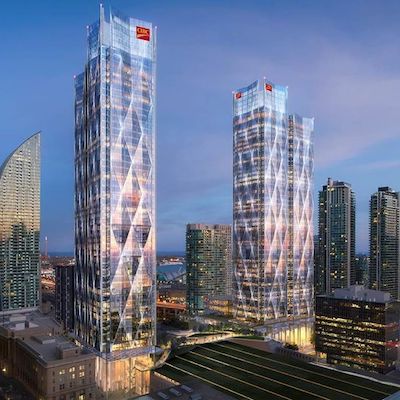 Toronto has 8.7 million square feet of office space under construction and 27.5 million more in the development pipeline.

While the COVID-19 pandemic will undoubtedly create some fallout within the sector – a rethinking of office space usage, perhaps some delivery delays due to virus-related site shutdowns and restrictions – all this activity is leading toward significant movement among some of the Greater Toronto Area’s largest tenants during the next three years.

“All types of tenants are taking up large blocks of upcoming space within downtown Toronto,” said Dan Holmes, senior managing director and broker of Colliers‘ Toronto Office Practice Group, in an interview with RENX.

Although major announcements detail which buildings tenants plan to move into, he said it’s not always clear which buildings are being vacated because many large-space occupiers have offices in several different properties.

“Not all tenants are releasing info about which locations they’re leaving,” Holmes told RENX. “Colliers approximates that of the 8.7 million square feet currently pre-leased in under-construction developments, nearly 3.2 million square feet of this will result in positive absorption for the downtown market between now and 2024.

“This refers to tenants either expanding their footprint(s) or relocating from suburban or midtown markets, rather than tenants shuffling locations within downtown.”

As Ontario and the GTA take their first tentative steps to emerge from the virus shutdowns and closures, this is how the next few years are shaping up, as of today, for the city’s office market.

With all of the new supply coming onto the market, the downtown office vacancy rate has been forecast to top eight per cent during the second half of 2023. Now, due to concerns about COVID-19 fallout, Holmes thinks vacancy could climb to 12 per cent or higher.

He detailed some of the most significant moves which are in the offing.

CIBC will take about 1.7 million square feet of space in the CIBC Square towers at 81 and 141 Bay St., moving 15,000 employees from multiple existing locations across Toronto.

“Within the same building, Microsoft has taken over 130,000 square feet of space and will be moving their HQ from Mississauga to downtown Toronto,” said Holmes. He noted that’s part of a trend of companies moving downtown for talent acquisition and retention purposes.

Boston Consulting Group is also moving its Canadian headquarters and more than 300 employees from Brookfield Properties’ Brookfield Place into approximately 85,000 square feet at the Ivanhoé Cambridge and Hines-developed CIBC Square, which will have 49- and 50-storey class-AAA towers.

The first building is under construction and scheduled for completion this year while the second is expected to be delivered in 2023, bringing the total square footage to 2.9 million. 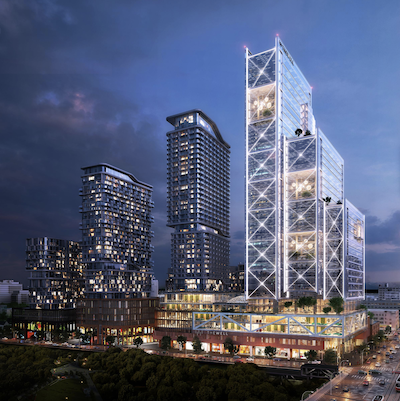 Rendering of The Well in Toronto. (Courtesy Hariri Pontarini Architects)

The Well, a massive mixed-used development covering 7.8 acres, is bounded by Spadina Avenue to the east, Draper Street to the west, Front Street to the south and Wellington Street to the north. It will comprise more than three million square feet of office, retail, condominium and rental living spaces and amenities.

The office component is being developed by Allied Properties REIT and is tentatively scheduled for completion in Q3 2021.

Google has committed to taking all of the Carttera-developed, 18-storey 65 King East, a pure expansion of nearly 400,000 square feet. OPTrust, Manitoba’s Civil Service Superannuation Board and Investment Management Corporation of Ontario are co-investors in the building, which is tentatively scheduled for completion in the first quarter of 2022.

The building, formerly known as The Shift, will now be called EQ Bank Tower.

Think Research will occupy nearly 90,000 square feet at the new building after it leaves its space at First Gulf’s 500,000-square-foot 351 King East. EQ Bank Tower is tentatively scheduled for completion in the fourth quarter of 2021.

Cadillac Fairview and Ontario Pension Board’s 32-storey, 878,000-square-foot 16 York is scheduled for completion this year. HSBC Bank Canada is leasing 115,189 square feet on six floors in the building. Other tenants will include First National Financial LP and a division of the Ontario Pension Board. 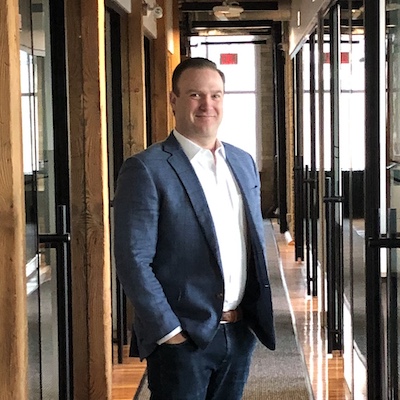 Data services provider WPP has signed on as the anchor tenant for the 400,000-square-foot-plus Waterfront Innovation Centre at 125 and 155 Queens Quay E. WPP will consolidate 19 existing downtown Toronto locations into its new 260,000-square-foot space.

The complex has been developed by Menkes, Alcion Ventures and Waterfront Toronto, while BentallGreenOak recently acquired a 50 per cent interest on behalf of Sun Life.

MaRS, in partnership with the University of Toronto, initially signed on to lease 24,000 square feet of space. It has an option to double its commitment in the future at the building, which is tentatively scheduled for completion in the fourth quarter of 2021.

The third and final tower of Brookfield’s Bay Adelaide Centre, at 40 Temperance St., is scheduled for completion in early 2022. Scotiabank will be the lead tenant, with 420,000 square feet in the 32-storey, 820,000-square-foot building. It will also continue tenancy in Dream Office REIT, KingSett Capital and Alberta Investment Management Corporation’s 68-storey, two-million-square-foot Scotia Plaza and several adjacent buildings.

TD Bank Group took a 30 per cent ownership stake in 160 Front St. W. and will occupy 840,000 square feet over 33 floors. Cadillac Fairview owns 50 per cent of the building and Investment Management Corporation of Ontario owns 20 per cent.

Ontario Teachers’ Pension Plan is committed to 340,000 square feet in the fully leased 46-storey building, which is tentatively scheduled for completion in late 2022.

Deals that were 75 per cent or further toward being finalized prior to the pandemic are still being completed, according to Holmes.

“All of the other transactions that are below 75 per cent just didn’t have enough momentum, or weren’t far enough in the process. They’re the ones that have definitely paused.”

People are still trying to figure out how long it will take to emerge from the pandemic.

“Pre-leasing talks are still active,” said Holmes. “If you’re looking at occupying space in 2023 or 2024, then it’s still prudent of you to keep carrying on with those conversations.”

Many questions, however, still remain unanswered.

“Although a strong rebound is expected from the market within the last half of 2020, it will be interesting to see how drastically absorption is affected and how much of a drop we can expect to see in rental rates.”

There has also been a pause on the transaction front – though not everything has ground to a halt.

“Any transactions that were already in the pipeline or under contract are getting done for the most part,” Avison Young principal Kelly Avison told RENX. “There may be some tweaking here and there to finalize them.

“Some deals that were under contract are being extended in terms of their conditional periods, and rightly so, because the lenders and everyone have hit a pause button.”