How clustering can level-up your real estate strategy 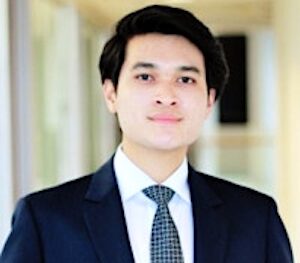 GUEST SUBMISSION: Clustering refers to the practice of positioning properties in close or strategic proximity to one another so as to gain financial or competitive advantage.

While the concept is simple in theory, clustering can deliver highly effective results and is often employed by real estate investment trusts (REITs) and businesses with significant brick-and-mortar components such as franchisors, logistic companies and retailers.

These are some ways clustering can level up your real estate strategy.

One of the key benefits of clustering is the ability to influence lease rates and sale prices. Since lease rates are benchmarked from nearby comparable properties, a landlord who exerts some control over the supply of space in an area is likely to be able to influence the market rate.

A good example of this can be seen from Rexford Industrial, one of the biggest owners of industrial real estate in Southern California with 228 properties spanning 32.5 million square feet. Based on Pelion’s data – represented in these charts – Rexford’s footprint makes up 28 per cent of the space owned by the top 26 institutional investors in the area.

As seen below, Rexford (light blue) has a presence in every major industrial pocket of Southern California. This dominance confers significant pricing power.

Rexford’s co-CEO Michael Frankel highlighted this notion during the Q3 2021 earnings call when he said he expects the firm to be able to increase rent by 27 per cent over the next 18-24 months.

“We currently project approximately $94 million, equal to about 27 per cent of embedded NOI growth from our in-place portfolio over the next 18-24 months, assuming no further acquisitions.”

He goes on to say, “we are at a point where the drum is so tight and the more sophisticated ownership like Rexford in the market can now sort of drive pricing.”

Another crucial application of clustering is in securing a foothold in new markets. An example of this can be seen from Kimco’s acquisition of Weingarten Realty in August 2021.

Looking at the map of Houston with Kimco’s (green) and Weingarten’s (orange) properties together, we see that Houston was not a stronghold for Kimco, given its limited presence and the fact its properties are located further out of the city core.

The acquisition of Weingarten would not only change its status as a laggard overnight, but also catapult it to the top of the market.

By the same token, clustering can help defend a market position. An example of this can be seen in Lineage Logistics (blue) and Americold (purple), two cold-storage players that compete fiercely with each other.

Despite Los Angeles being a prime market that one would expect the two firms to have somewhat of an equal presence, we find that only Lineage seems to be the dominant player, as seen above.

By clustering its assets in this manner, Lineage not only pre-empted Americold’s entry but also took away any excess capacity available to its competitor to service the L.A. market. Consequently, Americold is forced to position its facilities further out of the city, likely to compete for smaller sub-markets, as shown below.

In today’s competitive environment, tenants are not merely looking at a landlord simply as a lessor but as a strategic partner, one who can add to the tenant’s competitive advantage. This practice is common in industries such as franchising and retail, where site selection is integral for success.

Consequently, a landlord with strategically positioned assets, be it storefronts or distribution centres, that can help a lessee streamline their supply chain or maximize sales is likely to attract high-quality, long-term business.

This is one reason why firms like Rexford cluster their assets close together, so as to help tenants minimize transportation costs and streamline operations. It is, therefore, imperative that landlords pay close attention to the makeup of their portfolio relative to their peers so as to enhance their competitive positioning.

While simple in theory, clustering can offer property owners significant financial and strategic advantages. Firms can not only gain pricing power and strengthen their foothold but also differentiate themselves through having a superior real estate portfolio.

The increasingly competitive nature of the real estate industry is forcing landlords to raise their value proposition, and clustering is one of the strategies operators can utilize to compete effectively.