The president of Integrated Asset Management Corp.’s real estate group says the acquisition of  20 industrial properties in Atlantic Canada is part of a strategy to diversify its geographical holdings. 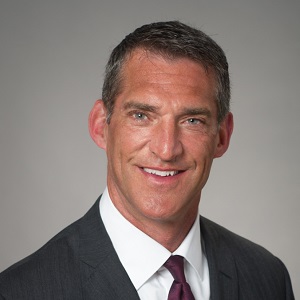 The properties, primarily in New Brunswick, were purchased from Slate Acquisitions Inc., which itself had recently acquired the properties from Cominar REIT (CUF-UN-T).

David Pappin, president of the IAM Real Estate Group, said the 20 properties comprise about 850,000 square feet. Nineteen are in Fredericton and Moncton and the other site is in Halifax.

“We invest predominantly on industrial real estate and have been been doing so for quite a long time. This was a really nice opportunity for us to diversify geographically,” Pappin told RENX in an interview. “We have assets in Atlantic Canada, but this was an opportunity to diversify more into the Atlantic Canadian market.

Pappin would not reveal the purchase price due to confidentiality attached to the agreement.

“Acquiring scale in the Atlantic markets is not always an easy thing to do, specifically in the New Brunswick market. We felt (this was) a bit of a rare animal that gave us a really interesting opportunity,” he added.

The portfolio has been added to the IAM Real Property Fund, an open-end investment fund managed by what the Toronto-based company calls the “time-tested” strategy of the IAM Real Estate Group over the past 36 years.

IAM is an alternative asset management company with approximately $2.4 billion in assets and committed capital under management in real estate, private debt and infrastructure debt. The IAM Real Property Fund is the company’s 13th sequential fund.

“These acquisitions complement the existing portfolio within the fund and reinforce the core strategy of a focus on industrial property, along with broad diversification both by tenant exposure and region,” said Pappin.

The assets recently purchased in Atlantic Canada are primarily industrial. Each asset has an office component, but it’s ancillary to the business applications taking place in the buildings. Those are a combination of service-oriented tenants to distribution tenants.

“Prior to this acquisition our assets were pretty well evenly distributed throughout Quebec, Ontario and Alberta,” said Pappin. “We had a nice diversification right across the country. If you had a pie chart, it would say pretty well a third in Ontario, a third in Quebec and a third in Alberta.

“This is why it was a nice diversification opportunity to take on in the Atlantic provinces.”

Pappin said the company’s strategy with the open-end fund is geared predominantly to an industrial application with diversification across the country.  He called bay industrial a “favourite asset class” not only in Canada, but across North America.

“Our focus is small to mid-size assets with multiple tenants and our strength is really within our asset management team internally. They’re a fantastic group . . . extremely active in the day-to-day management of the assets in coordination with our property management teams,” he said.

Pappin didn’t disclose the occupancy rate in the newly acquired Atlantic portfolio, but said there are leasing opportunities. IAM’s asset management team is “rolling up their sleeves and getting to work right away on that portfolio.”

Slate and the Cominar portfolio

The sale to IAM Group is the latest in a series of transactions involving the former Cominar portfolio since Slate Acquisitions Inc. closed the 97 properties in late March. Cominar had put all its non-core assets (properties outside Quebec and the Ottawa region) on the market in 2017 in a bid to reduce its overall debt load and focus on its core business.

In total, the portfolio comprised 6.2 million square feet in the Greater Toronto Area, the Atlantic provinces and Western Canada. The transaction was valued at $1.14 billion.

Seven properties from the portfolio in the Greater Toronto Area and Atlantic Canada were subsequently purchased by Slate Office REIT (SOT-UN-T) for $191.4 million.

A couple of days later, KingSett Capital reacquired the American Business Park located on the Toronto-Mississauga city boundary near the Toronto airport. The 33-acre site, which had been owned by KingSett until 2014, contains more 552,675 square feet of leasable space.

Cominar has also said it intends to sell up to $1.5 billion worth of core properties.