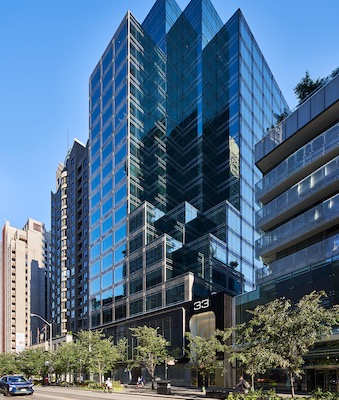 American flexible workplace operator Industrious will open its first Canadian location in a former WeWork location in Toronto in September.

“We’ve wanted to go into Canada, and specifically into Toronto, for years,” Industrious director of real estate Sam Segal told RENX. “But over the past six to 12 months we’ve been hearing more and more from our existing customers that we need to be in Toronto.

“We have a large network that has teams in the Canadian market and specifically in Toronto. We know that in order to continue to meet customer needs, we need to be in that market.”

The building, which offers direct access to the Toronto Transit Commission’s Yonge/Bloor subway station, is just south of the high-end Yorkville neighbourhood and is in close proximity to a large variety of restaurants, stores and services.

Industrious’ space will offer more than 450 seats to its flexible workplace users.

“Our operations team puts on daily and weekly programming for our members that includes daily breakfasts and daily snacks as well as weekly happy hours and some other types of special events that usually coincide with holidays or other things that are happening in the world.”

From WeWork to Industrious

WeWork was in the 33 Bloor St. E. space for three years. It shuttered its operation on March 31, 2021 but kept paying rent until late last summer.

“There was convenient timing with respect to (WeWork’s) corporate guarantee expiring and they wanted to shed a certain percentage of centres globally in order to make their public offering look better,” Epic Investment Services leasing vice-president John Shields told RENX.

After WeWork’s departure, Epic Investment Services undertook a study to determine the feasibility of leasing the space to more traditional office tenants. It concluded appealing to other flexible office operators would be the best option and engaged with several potential lessees.

“We believe that there’s a growing demand by tenants in the marketplace, corporate tenants in particular, to occupy additional flexible office within their portfolio of facilities,” Shields said.

“We had a large number of folks through and we received proposals from a significant number of operators. With the assistance of a consultant, we went through a detailed evaluation of who we thought was best-suited to operate in that particular location.”

Industrious and Epic Investment Services have a revenue-sharing agreement whereby the landlord shares in the success of the tenant’s operations, but Industrious operates the space entirely on its own.

Shields said such deals are common in other countries, but relatively rare in Canada.

Industrious is refreshing, updating and rebranding the 33 Bloor St. E. space, but no major improvements will be needed ahead of its opening.

All of the office space in the building is leased, as is the great majority of the retail space, though it’s not yet fully occupied. One lease for a small internal retail space is being negotiated.

Epic Investment Services doesn’t have co-working spaces in any of its other office buildings, Shields said.

However, Epic is in discussions that could see these facilities become part of the company’s tenant mix at other properties in the Greater Toronto Area and in Calgary and Edmonton. 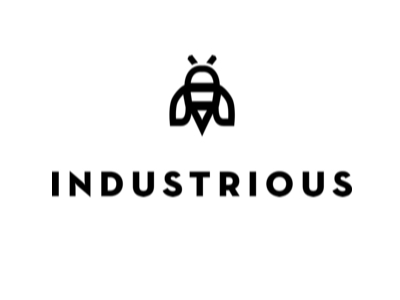 Industrious was created by childhood friends Jamie Hodari and Justin Stewart, who raised $1 million among 80 investors to cover the first year of expenses for a 20,000-square-foot co-working space in Chicago. It opened with 100 per cent occupancy in 2013.

The company has since expanded to approximately 150 locations in more than 50 markets.

“We’ve positioned ourselves over the years as the premium flexible workplace provider in the industry,” Segal said. “We really pride ourselves on, and focus on, hospitality and delivering the best experience to our members.

“That’s resulted in the highest customer satisfaction across the industry and across our competitors.

“The other big differentiator in the way that we’ve grown over the years is that over the past five years we’ve grown exclusively through partnership agreements where we sit on the same side of the table as our landlord partners and we share in the upside of our locations in these agreements.

“We really focus on delivering the best experience to their tenants and their customers that overlap with our customer base.”

Industrious plans to double its international presence by the end of the year through takeovers and organic growth while continuing to grow in the United States.

Segal said Industrious is actively looking at all major Canadian markets, including more sites in Toronto, for future locations. There are no specific timelines for this expansion.

Industrious has benefited from the pandemic in some ways as some organizations have shifted to work-from-anywhere and hub-and-spoke models for their employees, according to Segal.

“Having smaller satellite offices in locations that are closer to where employees live has become increasingly important for organizations,” he said. “Enterprise customers are a large percentage of our customer segment.

“Prior to the pandemic, a lot of large corporations were looking at dipping their toes into co-working. Now we’ve seen a major shift in adopting this space as a core part of these large corporate-occupier real estate strategies.

Bonita Craig & Robyn Baxter Residential Market Trends National Jun. 2 2022
Steve McLean Business reporter
Steve is a veteran writer, reporter, editor and communications specialist whose work has appeared in a wide variety of print and online outlets. He’s the author of the book Hot Canadian Bands and has taught reporting to college students. He is based in Toronto.