A 27-acre tract of Edmonton development land, known as High Pointe at Clareview, is about to see... 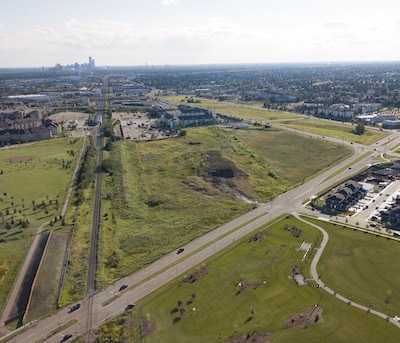 This 27-acre tract of Edmonton land, known as High Pointe at Clareview, is being developed as a new community after being acquired by JL Developments. (Courtesy JL Developments)

A 27-acre tract of Edmonton development land, known as High Pointe at Clareview, is about to see a rapid burst of construction after being acquired by JL Developments.

The plan for the transit-oriented site is to develop about 840 residential units, 100,000 square feet of new commercial space and 2.5 acres of new park space. JL Developments recently acquired the undeveloped property for an undisclosed amount and is in the process of selling six subdivided development lots to builders.

The vision is to build a collection of modern low- to mid-rise apartments, urban townhomes and neighbourhood commercial to create a vibrant transit-oriented community.

JL Developments is currently preparing the land, which it purchased from Cameron Development Corp. in Edmonton and Choice Properties REIT.

“First and foremost, it was a large parcel of land that had a transit-oriented overlay on top of it and there was 15 years of active development that took place surrounding this site,” said Jesse LaFrance, the owner and president of JL Developments. “It was a wonderful opportunity and privilege to be able to redevelop this parcel of land where we have the existing recreational and commercial amenities that were already in place.

“In development, land development specifically, that is incredibly rare to find large tracts of land where there is that infrastructure in place, because quite often when we build suburban communities we’re selling them on a vision.

“It’s very difficult for those first families to take residence on your first stage of development – to envision what life would look like there. Because if that infrastructure’s not there, that look and feel and sense of arrival is not there.

“So we can put that on the backburner and show families and residents, ‘This is what life might look like here’ because it’s already there. That was an incredible win and very advantageous for us when we were looking at this site.”

Jandip Deol, principal, multifamily investment, Avison Young and the sales broker on the land, said the northeast Edmonton site is probably the largest single piece of undeveloped land within the city’s ring road, Anthony Henday Drive. He echoed how difficult it is to find properties offering both scale and existing infrastructure.

“It’s very rare to acquire a site of about 30 acres within this ring road and then also have the existing infrastructure in place,” said Deol.

“Having acquired this, it will be probably the only active TOD (transit-oriented development) in the entire city where merchant builders, developers, can come in and acquire the land and then start development essentially immediately.”

Deol, who is also marketing the subdivided sections of the property, said they range from three acres to over five acres.

LaFrance said the project’s High Pointe name comes from its location at the northern terminus of the Capital LRT line.

“We are doing narrower streets, channelization islands and curb extensions, paired with shared-use paths along tree-lined boulevards that will connect our residents to the hubs to the north and the south that are already in place.

“And for us that’s creating that vibrancy, it’s calming traffic and it’s going to act as a hub for us, especially because we’re also constructing a 2.5-acre dedicated park for our residents as well.”

The available sites are situated along Manning Drive and 144 Avenue.

No new rental housing in area 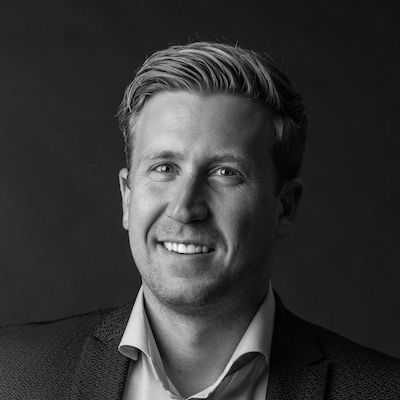 Another attraction is that there has been no new rental housing within 10 kilometres of the site during the past decade.

“The site is surrounded by single-family (homes). There’s not a single new project, meaning medium density or townhomes development, that has been constructed since 2010. So the area is in bad need of new construction multifamily,” said Deol.

“Across the country, that’s kind of what we’re seeing. A societal mindset has changed from ownership to rental. New rental has never been more in demand. Every area needs it.”

LaFrance said it will be up to the builders of the lots to decide if the housing they are developing will be properties for sale or rental. He said up to 95 townhome units are planned for the overall site and the balance will be low-rise apartment housing.

“We went out to market with six parcels of land. A few of them are under active negotiations, some through varying degrees of negotiation, some are unconditional, some are conditional, some have paper on them,” said Deol.  “We’re going to know in the coming months here, the next two to three months, how the cards fall, where we’re going to start positioning some of these builder/developer partnerships.”

LaFrance said construction has begun at the site. When JL Developments takes on these projects, he said, the company has no interest in holding land for any significant period of time.

“We make a concerted effort with our teams to be able to bring these to market the same calendar year that we move forward with them. The site has already been stripped, grading operations are ongoing over the next two months and site servicing will follow this summer,” he said, noting housing construction is an 18- to 24-month build depending on form.

JL Developments, which was founded in 2020, actively pursues direct land development opportunities and strategic partnerships in low-density residential and multiresidential asset classes in both the Greater Edmonton Region and the Okanagan.

LaFrance said the company’s bread and butter has always been land development.

The company’s first development took place in 2021 when it purchased 12 acres from the City of Edmonton. That was developed into 85 single-family lots for Schonsee Homes.

Edmonton airport ahead of the growing air cargo curve

Mario Toneguzzi Residential Development Edmonton Apr. 18 2022
M
Mario Toneguzzi Business reporter
Mario Toneguzzi, based in Calgary has 37 years of experience as a daily newspaper writer, columnist and editor. He worked for 35 years at the Calgary Herald covering sports, crime, politics, health, city and breaking news, and business. For 12 years as a business writer, his main beats were commercial and residential real estate, retail, small business and general economic news. He nows works on his own as a freelance writer and consultant in communications and media relations/training.