JLL Canada has grown by 1,000 per cent, from both employee and revenue perspectives, since Brett...

JLL Canada has grown by 1,000 per cent, from both employee and revenue perspectives, since Brett Miller was named chief executive officer and the multinational corporation’s global board decided to increase investment in Canada in 2012. 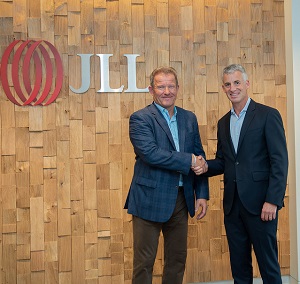 “There was a very methodical business plan that we followed through on,” said Miller of JLL Canada’s growth, which has come both from within its own ranks and through acquisitions.

That growth continues as JLL’s second-quarter 2018 report (which encompasses its global operations) noted the company’s financial performance was led by the Americas.

“We punched above the average for the Americas,” Miller said of the Canadian contributions to the real estate professional services firm.

The improvements were a result of several factors, including the expansion and maturation of JLL Canada’s various business teams, a series of acquisitions and a robust Canadian economy and real estate industry.

Miller, who has almost three decades of experience in real estate and entrepreneurial businesses, is no stranger to building a company’s market share. Prior to joining JLL Canada, he was executive vice-president and regional managing director for CBRE, overseeing the growth of its Eastern Canada business.

Under his leadership, CBRE’s regional offices expanded from 28 to 150 employees and its market share vaulted from sixth to first in Eastern Canada.

Miller has also worked for News Corp. in London and founded Nestor Services in Paris. The fully bilingual businessman began his career with Canderel Limited in Montreal, where he held a number of executive roles.

Miller holds an MBA degree from INSEAD in Fontainebleau, France and a bachelor of commerce in real estate degree from McGill University in Montreal.

Miller oversaw a JLL Canada operation which was active on multiple fronts in the second quarter. Among the largest transactions it brokered during the first half of 2018 were:

JLL acquired the real estate valuation and advisory division of Raymond Chabot Grant Thornton (RCGT), the largest accounting firm in Quebec, in January. The transaction included a long-term strategic partnership between RCGT and JLL, with the signing of mutual service agreements.

The addition of 16 professionals to JLL Canada’s Montreal office further expanded its global valuation and advisory services to complement its investor services platform.

“They were doing a lot of strategic advisory work, and that’s a nice element to add to our platform,” said Miller. “It’s been a tremendous success because it’s a much more comfortable fit for an appraisal firm to be part of a real estate organization than an accounting organization.”

The group has been aligned with JLL Canada’s existing valuation and advisory practice in Toronto.

NWA represents more than 65 global, national and local retailers across all categories and has transacted more than 75 million square feet of retail real estate across Canada. It specializes in the leasing of power centres, enclosed malls and street-front retail.

The deal enables JLL Canada to expand its retail advisory and provide a range of real estate and leasing services to retailers seeking to enter, expand or operate in Canada.

Miller said NWA offers “a very nice hand-in-glove fit with the rest of our service lines like industrial, office and project management. If you think of any retailer, they all have head offices and distribution centres and have to build and maintain their portfolio of stores. This allows us to offer a vast array of services to Northwest Atlantic’s clients.”

“Our advantage is that we do not have an existing business line, so it’s clear sailing and we don’t have to worry about the complexities of stepping on anyone’s toes — neither incumbents nor new arrivals,” said Miller.

NWA will be able to take advantage of resources and integrate with tools provided by JLL’s retail advisory services in the United States.

“A boutique firm in this day and age has challenges with competing on the technology side,” said Miller. “A Fortune 500 company like ourselves has a very strong suite of technology products.”

JLL will invest $420 million in technology worldwide this year.

JLL is the largest third-party retail property manager in the U.S. and partners with retailers, investors and owner/operators through its team of professionals around the world.

While JLL Canada has only about 750,000 square feet under management, Miller said it’s something the company is working to expand during the next 12 to 24 months. It’s looking to do that organically in the short term, but won’t rule out acquisitions if the right opportunity comes along.

“Now that we have such a strong tenant representation group, and we’re also very strong on the capital markets side with retail, it would be a natural fit to add that,” Miller said.

“We’re a little bit different from the U.S. because the major malls that are owned by the pension funds in Canada all do their own management. For the most part, it’s the secondary or tertiary owners in non-core areas that require retail property management services.”