Killam Apartment REIT  (KMP-UN-T) has continued its recent buying spree with an announcement Tuesday it has made $88 million worth of residential acquisitions in three provinces. 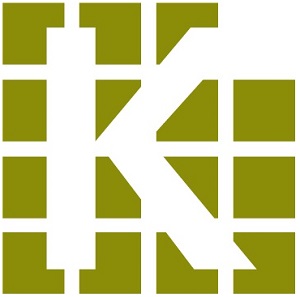 The purchases in P.E.I., Alberta and Ontario push Killam’s 2018 total to a record $263 million in acquisitions. It might not be done yet, either, according to president and CEO Philip Fraser.

“It’s been a busy year of acquisition growth for Killam and year-to-date, we have acquired $263 million of assets, making 2018 the largest acquisition year in Killam’s history,” Fraser said in a release announcing the transactions. “We continue to look for opportunities in the fourth quarter of 2018 to grow the portfolio and diversify geographically.”

The latest acquisitions include $82.1 million in newly constructed apartments and $5.7 million in land to expand its development pipeline. The properties are in Charlottetown, Calgary, Ottawa and Waterloo.

Continuing to diversify its portfolio

Another important aspect to the purchases is that Killam is continuing to diversify its portfolio into Central and Western Canada.

“We are increasing our presence in Ontario and Alberta as accretive opportunities arise, with 78 per cent of our 2018 acquisitions outside of Atlantic Canada,” Fraser said in the release. “We also continue to complement our established portfolio in Atlantic Canada with select high-quality properties.

“We are thrilled to have recently expanded our portfolio in the extremely strong Charlottetown market with the acquisition of the Harley Street Apartments.”

That was a strategy Fraser discussed with RENX in July when it bought or acquired an interest in three properties in Carleton Place, Ont., Edmonton and Calgary (see Killam continues to diversify outside Atlantic Canada).

Fraser said at the time, Killam received about 29 per cent of its net operating income from outside Atlantic Canada, and was planning to push that to about 50 per cent.

Killam has increased its multi-family development potential in Waterloo with the acquisition of a site adjacent to Westmount Place (which it acquired in March 2018). This acquisition is expected to allow for greater density and flexibility with Killam’s future multi-phase residential Westmount Development.

Killam purchased an additional 16,500-square-foot development site on Erb Street for $2.3 million, expanding the area of the Westmount residential development opportunity by 0.38 acres to 2.4 acres.

This also increases the overall development opportunity to approximately 800 units.

The fully occupied, 158-unit property was acquired for $39.0 million ($247,000 per unit), representing an all-cash yield of 4.9 per cent. The property is located adjacent to Killam’s recently announced 10 per cent interest in the 13.6-acre Nolan Hill development.

In Ottawa, Killam purchased 151 Greenbank Road, a new five-storey, concrete apartment building. The 60-unit property was acquired on Sept. 26 for $20.7 million ($345,000/unit), representing a stabilized all-cash yield of 4.6 per cent.

In its initial lease-up, the property is currently 88 per cent leased. The average rental rate is $1,729 ($2.24 per square foot). 151 Greenbank Road has condo-quality finishes, including granite countertops, underground parking, and modern building amenities, including a common room and fitness room.

The buildings include underground parking, a unique feature in the Charlottetown market.

In addition, Killam purchased a 1.9-acre development site in downtown Charlottetown on the waterfront for $2.2 million. The site is located on Haviland Street and is zoned for 99 units.

Killam also purchased a 1.2-acre development site in Stratford for $1.2 million. The site is zoned for 79 units and is located on the waterfront overlooking downtown Charlottetown.

Killam Apartment REIT, based in Halifax, is one of Canada’s largest residential landlords, owning, operating and developing a $2.7-billion portfolio of apartments and manufactured home communities.

Killam’s strategy to enhance value and profitability focuses on three priorities: 1) increasing earnings from existing operations, 2) expanding the portfolio and diversifying geographically through accretive acquisitions, with an emphasis on newer properties, and 3) developing high-quality properties in its core markets.