Halifax-based Killam Apartment REIT  (KMP-UN-T) has reached a major milestone in its history and is now poised to expand its portfolio in the Ontario and Alberta markets. 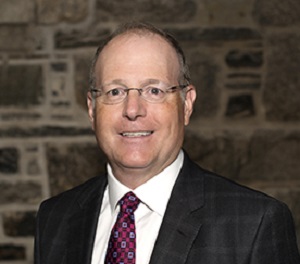 “Inclusion in the S&P/TSX Composite Index is a significant milestone for Killam and a positive conclusion to a successful 2017,” says Philip Fraser, Killam’s president and CEO. “The inclusion in the index reflects the successful execution of Killam’s growth strategy and will expand Killam’s investor base and increase liquidity for unitholders.

“It shows that we’re one of the larger companies on the TSX today. . . . A lot of funds that track that index need to buy us.”

Killam Apartment REIT is one of Canada’s largest residential landlords, owning, operating and developing a $2.2-billion portfolio of apartments and manufactured home communities.

Fraser says the REIT is looking to expand in Ontario and Alberta.

“A number of years ago we basically stated to the market that our strategy consists of three key components. One is the properties we own. How do we improve them from an earnings point of view?

“Obviously it’s managing the business where you look to increase rents on an annual basis and watch your expenses as best you can. Basically, pro-active management and even if you didn’t buy any more assets you should be able to grow earnings based on what you own,” he says.

“The second one: Because of a position in Canada where we are based, we grew and we have a large percentage of the apartment market in Atlantic Canada. So we knew many years ago that we were going to have to start . . .  to find other Canadian markets which we’ve done. We’ve got four markets we like in Ontario and two in Alberta. So that’s where the future growth will come from – an expansion growth from buying assets.

“The third part, again many years ago, we recognized that things were changing and for a company like ours we should be involved in development.”

Markets over one million population

Fraser says bigger is better from an urban centre point of view so cities with a population base of more than one million are attractive in the apartment real estate market. That’s why Killam will focus on those six Ontario and Alberta markets.

The REIT does not have a presence in Vancouver or Montreal.

“You never say never, but I don’t see us owning assets in those markets any time soon,” says Fraser, who wants the REIT focused on the markets in which it is already invested.

Killam also has 5,165 manufactured home sites, also known as land-lease communities or trailer parks, in Ontario and Atlantic Canada. There are 2,626 in Nova Scotia; 2,145 in Ontario; 224 in New Brunswick; and 170 in Newfoundland & Labrador.

It also has 254,000 square feet of commercial real estate in five properties in Halifax.

Fraser says the REIT, founded in 2000, still likes the manufactured home sites sector of the business. At one time, it was 25 per cent of its asset base. Today, it’s less than 10 per cent, a number Fraser says the REIT is quite comfortable with.

It broke ground on its first development in 2010 and now has eight completed projects. Killam also has three projects currently under construction.

Including the projects currently underway, the REIT has invested $265 million in new development during the past five years. Developments will continue to be an important component of Killam’s growth strategy, it says.

Killam has $135 million of developments currently underway in Halifax, Cambridge and Ottawa.

Those include a joint venture with RioCan REIT (REI-UN-T) to build 222 apartment units in Ottawa adjacent to RioCan’s Silver Centre Gloucester . The apartment tower is the first of up to four phases of residential development on the 7.1-acre site, and is scheduled for completion in mid-2019.

In its Q3 financial report, Killam said it has a development pipeline of almost 1,500 units representing an inventory value of approximately $500 million.

“Two of these projects, in Mississauga and Halifax are in the final planning and approval stages and construction is expected to commence in 2018. These projects will further reinforce Killam’s portfolio as one of the newest and highest quality apartment portfolios in Canada.”