Vancouver ‘shinier than ever on the world stage’

Land’s pricing and its role in major deals was the topic of discussion among five real estate executives during a panel session at the May 3 Land & Development Conference at the Metro Toronto Convention Centre. 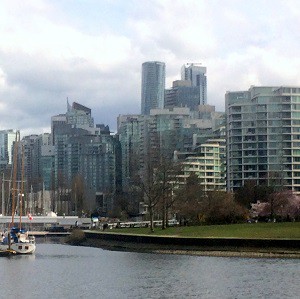 In the Vancouver region, there’s insufficient land and housing to meet demand and residential land transactions reached a record high of $6 billion last year. (Editor’s Note: Part two of this story will feature the Montreal and Toronto markets in our May 9 Property Biz publication)

“Vancouver, as an international city, is shinier than ever on the world stage and everybody wants a piece,” said JLL Capital Markets senior VP Jon Ramscar. “We’re seeing a lot of competition in the marketplace, with creative ways to do transactions and source land.”

Cushman & Wakefield associate vice-president of capital markets Edgar Buksevics said downtown Vancouver land has risen to more than $600 per square foot and $2,500 a square foot is the average sale price for a unit in a downtown residential tower.

TransLink, the statutory authority responsible for the regional transportation network of Metro Vancouver, sold its 13.8-acre Oakridge Transit Centre property to Intergulf Development Group and Modern Green for $440 million in December even though it’s still not zoned for redevelopment.

The proposed development will include market housing, affordable housing, a childcare facility, a park and new access routes for motor vehicles, cyclists and pedestrians. There were 13 other offers on the property, which has a proposed density of a million square feet for its market component.

The developers must also gift 250,000 square feet of rental housing to the City of Vancouver as a community amenity contribution, pushing the total value of the land purchase to about $500 million.

The 3.93-acre Arbutus Manor site in Vancouver’s Shaughnessy neighbourhood sold for $115 million in March even though only about half of the land is usable, according to Buksevics. There’s no land use policy for the property, which has site-specific zoning and is currently occupied by seniors housing.

Buksevics also cited a 16,375-square-foot property at 1698 W. Georgia St. occupied by a Chevron gas station that sold for $72 million to Anthem Properties in March.

The site of the second last gas station in downtown Vancouver will likely be developed into a residential condominium, once it’s rezoned, where units could sell for $2,000 per square foot.

One method of sourcing land in Vancouver is through strata wind-ups. Changes to the Strata Property Act last year allow any strata property to wind up and be sold if it has the support of at least 80 per cent of owners.

The wind-up process generally takes nine to 12 months, unless a 100 per cent approval vote is achieved. Deals usually have closing leaseback allowances of 18 months to allow people to stay in their homes until they can find other places to live.

Seymour Estates, a 114-unit residential condo complex that sits on more than six acres of land at 931 Lytton St., was one of the first strata wind-up transactions.

It sold for $51 million in January to Anthem for a planned townhome development.

Other strata wind-ups creating an influx of new land supply include:

WATCH FOR: Part two of this story featuring the Montreal and Toronto markets in our Tuesday, May 9 Property Biz Canada publication.