Manga Hotels is in the early stages of its most ambitious growth phase, with one downtown Toronto... 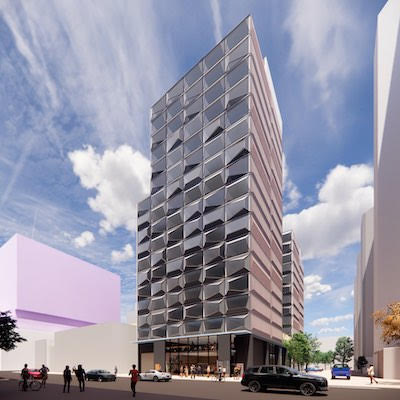 Manga Hotels is constructing, or planning to build, five new hotels in downtown Toronto, anticipating that a COVID-related downturn in the industry will end as the pandemic is brought under control. (Courtesy Manga Hotels)

Manga Hotels is in the early stages of its most ambitious growth phase, with one downtown Toronto property under construction and four more hotels planned.

“We have faith in the city and have a long-term view,” company president and chief executive officer Sukhdev Toor told RENX in a recent interview. “It’s a world-class city and we think that after this COVID thing is over that people will travel and there will be pent-up demand because people are tired of sitting at home.”

Manga Hotels has come a long way since it acquired its first property in Victoria in 1988, expanding into more markets and getting into hotel, restaurant and residential development.

Its 19 hotels have approximately 3,700 rooms. Ten are affiliated with Hilton, five are with Marriott and two are with IHG Hotels & Resorts, while there are two independents.

Hyatt Place & Residences Toronto is under construction at 203 Jarvis St. The 32-storey IBI Group-designed tower will combine 239 hotel rooms and 178 apartment units and is scheduled to open in 2023.

That project is further along than the four hotels Manga has planned southwest of that location, in and around what’s known as Toronto’s Fashion District, which have anticipated openings ranging from 2024 to 2026.

Three of them will be part of the new Manga Collection Hotels brand the company is creating.

While municipal approvals are still needed, construction could start as early as late next year on a 240-room hotel at 471 Richmond St. W., and a 131-room hotel at 38 Camden St. The 17- and 15-storey buildings will be designed by Sweeny&Co Architects.

Municipal approval is also needed for a site at 689 King St. W. that will include two Sweeny&Co Architects-designed buildings.

One will be an 18-storey, 220-room luxury lifestyle hotel and the other will be a 13-storey extended stay hotel with 130 apartment-style rooms with kitchenettes. Toor said construction should start in 2023.

The remaining downtown Toronto property, which won’t be Manga-branded, will be the Hyatt House Downtown Toronto at 184 Spadina Ave., just north of Queen Street West at Cameron Street.

The property is going through the municipal approvals process, but plans are for a 250-room extended stay hotel. Construction could possibly start by late 2022.

Manga acquired its downtown Toronto sites before the pandemic when the company believed the city’s strong hotel performance of 2018 and 2019 would continue and it would attract large numbers of business travellers and tourists.

“Some smaller towns are doing OK. But the bigger city centres in Toronto, Vancouver and Montreal have been the hardest hit because they depend more on conferences, meetings and groups, which are non-existent right now.”

Despite the precipitous drop in business over the past 15 months due to COVID-19 travel restrictions, Toor said Manga decided to take a “contrarian view” and stick with its ambitious plans.

It has not sold any of its high-priced real estate, nor has it turned to building apartments or condominiums on its downtown Toronto sites.

“The last year has been very, very tough and it’s still tough and difficult,” said Toor. “The airline, restaurant and hotel industries have been the hardest hit, but we’ve received good support from the federal government to keep us alive.”

Toor is eagerly waiting for the border between Canada and the United States to fully open and for travel to return to pre-pandemic levels.

He’s hopeful the hotel market will be in pretty good shape by September. Toor believes leisure travel will return first, followed by business and conference travel.

Manga has eight hotels in the Halifax area, including the DoubleTree by Hilton Halifax Dartmouth.

It also owns the land beside that hotel and is in the midst of building three, 30-storey rental apartment buildings on it that should be completed in 2022. The property, at 20 Best St. and overlooking Halifax Harbour, will have more than 700 units.

“Dartmouth and Halifax is a strong market and needs new units, and zoning was available there,” said Toor. “We’re trying to build apartments with hotel-style amenities, lobbies and experiences.”

New Garden Residences is comprised of 37 upscale low-rise units at 209-219 Jarvis St. in Toronto. Star of the Sea Residences is a six-storey apartment building with 85 upscale units at 40 Henry St. in downtown St. John’s.

Manga also plans to build more residential buildings in the Greater Toronto Area, according to Toor.

After tough year, hotel panel reconvenes to look back, ahead

Steve McLean Commercial Market Trends National May. 28 2021
Steve McLean Business reporter
Steve is a veteran writer, reporter, editor and communications specialist whose work has appeared in a wide variety of print and online outlets. He’s the author of the book Hot Canadian Bands and has taught reporting to college students. He is based in Toronto.