French sporting goods retailer Décathlon will open its second Ontario store in the lower level of... 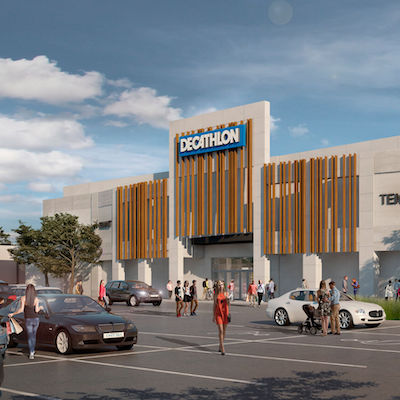 French sporting goods retailer Décathlon will open its second Ontario store in the lower level of a former Sears at the Mapleview shopping centre in Burlington in the fall of 2020.

Décathlon opened its first Ontario store at 1055 St. Laurent Blvd. in Ottawa in September and will take over nearly 54,800 square feet at Mapleview. The Sears store at the mall closed in early 2018.

“We view the space formerly occupied by Sears as an opportunity to expand our store variety mix and better cater to our discerning shoppers,” Mapleview general manager Rita Donnelly told RENX. “We are in conversations with different brands at the moment.”

Décathlon creates its own sports products and sells them online and in its stores. It has three existing retail outlets in Quebec. A fourth will open soon at the Ivanhoé Cambridge-owned Montreal Eaton Centre.

“The centre is all about working with its retailers to improve the customer journey and experience at every touch point.”

Mapleview owner Ivanhoé Cambridge has established a strong relationship with Décathlon since its arrival in Canada last year.

Décathlon will also open a 23,080-square-foot location in a space formerly occupied by a Target store at the Ivanhoé Cambridge-owned Mic Mac Mall in suburban Halifax next fall.

Décathlon will be part of a $55-million mall redevelopment that includes upgrades to common areas, store expansions and the arrival of several other new retailers.

Décathlon is expected to expand into the Greater Toronto Area, Vancouver, Calgary and other Canadian markets in the future.

Donnelly said the 635,000-square-foot Mapleview shopping centre is almost fully leased and management is working with several unnamed new retailers, some of which will open in the coming months.

Mapleview was the 16th most productive shopping centre in Canada last year, according to the Retail Council of Canada, with sales of $901 per square foot. That was up just under one per cent from 2017.

“Sales volume has held steady over the past year and the arrival of new retailers, such as Décathlon, will support further sales and market growth,” said Donnelly.

It went through a $64-million renovation program that was completed in 2010. Donnelly said there are no current plans for major renovations, or mixed-use intensification at the property.