Marlin Spring has announced more than $115 million in commitments to its new Development Fund, ma... 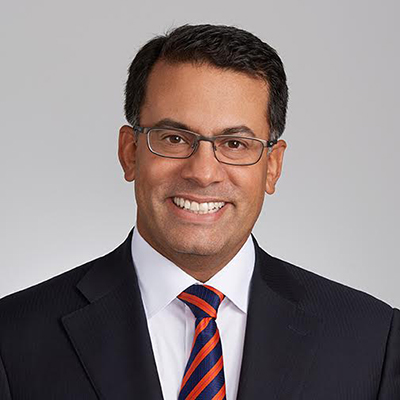 Marlin Spring has announced more than $115 million in commitments to its new Development Fund, made two Toronto acquisitions over the past two months, and has an additional fund closing at the end of this month.

The Toronto-based real estate investment and development firm set out to raise funds in December 2020 but didn’t know how well it would go in the midst of a pandemic. Undeterred, it set a goal of $100 million and approached investors who share its optimistic vision for growth and development in the Greater Toronto Area (GTA).

“What absolutely helped us launch the fund was a cornerstone investor, Osmington,” Marlin Spring president Ashi Mathur told RENX. “With their support and, notwithstanding the challenges of the pandemic, we felt there was a good opportunity to launch and see what kind of traction we could get.”

Marlin Spring found favour from both longtime and new investors — including institutions, high-net-worth individuals and family offices — and ended up raising more than $115 million by April. Manulife Investment Management is also a major investor in the fund.

While it hasn’t set a goal, Marlin Spring is targeting another closing at the end of this month for the Development Fund.

“We see an opportunity for the existing investors to increase their allocations to the fund and we’re always open to bringing in new investors as well,” said Mathur.

Goals of the Development Fund

“The strategy of the fund is to build great communities with great access to transit and amenities in a growing market. We think this provides a strong value proposition for our investors, but also for our homeowners.

“That’s core to how we look at all of our potential acquisition opportunities.”

Marlin Spring is looking to build a diversified portfolio of GTA residential properties with the Development Fund. It’s interested in mid-rise and high-rise projects in the downtown core, or within 15 minutes of the core, which offer great public transit accessibility.

It’s also looking at using the fund for low-rise development and townhomes in Vaughan, Richmond Hill, Oshawa and other suburban markets within an hour of the core.

“We’re constantly looking at new acquisitions that meet that criteria and we remain open to new opportunities because we have a nice war chest of capital,” said Mathur.

“We also have the flexibility to do partnerships. The fund can partner with other organizations and support them with their development projects.”

Marlin Spring has acquired more than 40 projects consisting of 12,000 units in various stages of development, construction, repositioning and completion across Canada and the U.S.

Its projects represent more than 11 million square feet of gross floor area and a value of more than $5.7 billion upon completion.

Partnerships have always been important to Marlin Spring.

“We’d like to think of ourselves as very much a nimble and entrepreneurial organization and a great partner that continues to be well-capitalized and flexible in coming up with creative ways to structure transactions and do deals,” said Mathur.

The first property acquired with the Development Fund was purchased for an undisclosed price from Alimentation Couche-Tard-owned Circle K, which operates a convenience store and gas station on the site at 2189 Lake Shore Blvd. W. in the Humber Bay Shores neighbourhood.

The retail operations will remain until redevelopment moves forward.

The acquisition was originally structured with Osmington and some of its partners having smaller stakes before the Development Fund’s first closing. The partners are still involved, but the fund now owns a majority stake in the site and Marlin Spring will be responsible for development and construction.

Marlin Spring is finalizing its plans and development applications, which should be submitted shortly.

“It’s a great site that will be in high demand for folks who are looking for city dwelling,” said Mathur. “It will be very much in keeping with the surrounding buildings that we have.”

Marlin Spring has other nearby projects at various stages on Lake Shore and The Queensway and plans to take advantage of synergies from those with this latest acquisition.

Greybrook is a long-standing partner that’s also involved in other Marlin Spring projects in the same area. They’re finalizing development plans to submit to the City of Toronto to build a condo with more than 500 units.

“It’s an area that we know and it’s going to be very much in keeping with the area and the demand that exists for that area for housing,” said Mathur.

“It’s very consistent with Marlin Spring’s approach to investing in growing communities,” said Mathur. “For us, it’s never about doing just one deal in an opportunistic way.

“It’s a strategy of finding locations and building communities. This site adds to what we already have in the area. We’re in the final stages of the construction of our Stockyards project, where we’re targeting occupancy in the first quarter of 2022. We also have another development at 2231 St. Clair.”

The other project Mathur referred to is also in partnership with Greybrook. It’s in the planning and approvals stage for a proposed 235,000-square-foot, 276-unit condo.

Don Wilcox Residential Transactions Greater Montreal Aug. 10 2021
Steve McLean Business reporter
Steve is a veteran writer, reporter, editor and communications specialist whose work has appeared in a wide variety of print and online outlets. He’s the author of the book Hot Canadian Bands and has taught reporting to college students. He is based in Toronto.