Development is set to restart on a Junction Triangle site in Toronto, originally acquired by Cast... 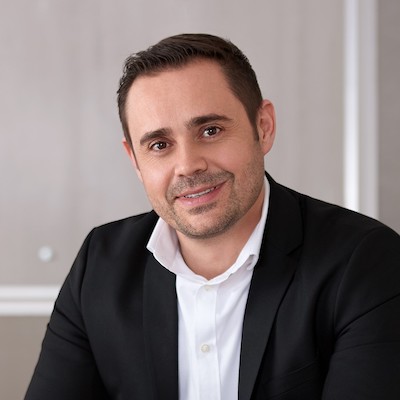 Development is set to restart on a Junction Triangle site in Toronto, originally acquired by Castlepoint Numa in 2008, now that Marlin Spring and Hines plan to build additional residential and commercial components.

“We’re very excited to proceed and align ourselves with Hines to not just launch individually, but to think about the community aspect,” Marlin Spring senior vice-president of developments Pedro Lopes told RENX.

Castlepoint Numa did the legwork to complete an official plan amendment and a rezoning process on the Sterling Road site in the Bloor Street West and Dundas Street West area.

It partnered with Greybrook Capital to redevelop The Auto Building, a 10-storey structure built in 1919 which was, at the time, the tallest in Toronto.

That building is now home to the Museum of Contemporary Art and other office users.

West Towns, a townhouse project at 20 Perth Ave., was also built on the site. However, the developer’s Museum FLTS condominium, which had sold about 150 units, was cancelled in the fall of 2017 after Castlepoint Numa said it was impossible to finance construction.

Hines became involved and plans to build six- and eight-storey, timber-frame office buildings connected by a third-floor skybridge on plots of land it acquired on the southern portion of the Junction Triangle site.

Marlin Spring announced last week it has acquired the empty Blocks 4B, 3B and 5B, comprising 2.8 acres on the site, from Castlepoint Numa for an undisclosed price. It has submitted a site plan application for 4B, the first block it plans to develop.

While it’s still early, Lopes said the first building is proposed to have a split height, 17 storeys on the eastern part of the lot and 14 storeys along Sterling Road. It’s planned to have more than 200 condominium units and two floors of retail on the Sterling Road portion.

Lopes would like to launch sales by the end of the year, but it could move into 2021, depending on how long it takes to obtain site plan approval. 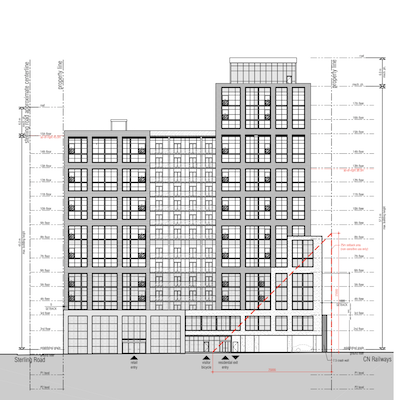 Before construction can start on the condo and office buildings, however, Marlin Spring and Hines must first make significant progress on public infrastructure requirements.

“Together with Hines, there are a number of items we need to deliver, including the realignment of Perth Street, a public park on the north end of the site, the design and construction of privately owned but publicly accessible space, and a private street that goes through non-residential and residential lands,” said Lopes.

Marlin Spring has future plans to also build condos on 3B and 5B, to the west of 4B. The company’s website lists the size of its total condo development at the site at 646 units and 537,000 square feet, but things could change.

There’s also a requirement to build a daycare facility and 6,000 square feet of affordable housing.

“Each block delivers a public benefit to the city,” said Lopes. “The first block will deliver the park and the roads.

Marlin Spring was attracted to the Junction Triangle site due to its easy access to Toronto Transit Commission subway, GO Transit and Union Pearson Express stops, the West Toronto Railpath, High Park, and nearby neighbourhoods offering retail and entertainment options.

Lopes also likes the “entrepreneurial artist community that has established itself in the area” and the chance to be part of developing “a true mixed-use community” which, when complete, will feature more than one million square feet of residential, retail, office, commercial and public space.

Toronto-based Marlin Spring has acquired more than 30 residential projects, consisting of 8,600 units, which are in various stages of development, construction repositioning and completion across Canada and the United States.

The portfolio totals more than eight million square feet and has an estimated completion value of more than $4 billion.

Marlin Spring has several other residential projects at various planning and construction stages in the Greater Toronto Area:

* Construction of the sold-out, eight-storey, 166-unit Canvas Condominiums at 2301 Danforth Ave. is scheduled to be completed this year.

* Sales have also gone faster than expected for Symphony Towns. Vertical construction of the 212 units on Harmony Road South in Oshawa is expected to begin before the end of the year.

* Ivylea is a 422-townhome project on 19th Avenue in Richmond Hill in the registration stage.

* Pine Valley, a 91-townhome project at 4433-4477 Major Mackenzie Dr. W. in Woodbridge, is in the planning and approvals stage.