The pending legalization of recreational marijuana usage in Canada will change the face of retail...

The pending legalization of recreational marijuana usage in Canada will change the face of retail in Alberta and present new opportunities for landlords, says a veteran of the province’s retail scene. 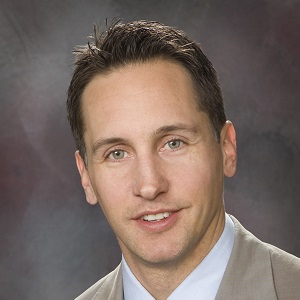 Ben Volorney is the principal, retail, at Avison Young’s Edmonton office. He says pending legalization of recreational marijuana in Canada is a major opportunity for some retail landlords. (Image courtesy Avison Young)

Ben Volorney, principal, retail at Avison Young in Edmonton, says competition among potential cannabis retailers in Alberta is very high, with some deals being negotiated months in advance of the federal government’s expected legalization of cannabis later this year.

Volorney was speaking during an interview with RENX about Canadian retail trends, in the wake of the recent International Council of Shopping Centers conference in Whistler, B.C.

He said some potential cannabis dispensaries are securing locations without conditions, even without assurances they’ll receive permits.

Volorney is currently receiving at least three leasing  inquiries a week from different operators looking to open cannabis dispensaries in shopping centres he leases across Northern Alberta. Colleagues who handle the rest of the province are seeing similar interest.

“Their footprint is relatively small, but there’s a massive demand for locations right now.”

He says landlords have a huge opportunity to get onboard with the new retail category.

“You might be sitting on some challenging vacancy that can be leased up, in a lot of cases, with two or three groups banging on your door looking to secure a position,”  he said. In many cases, landlords can expect multiple offers on space that may have long been sitting vacant.

Although legislation differs by province and several provincial governments will handle cannabis sales themselves, the Alberta government is leaving over-the-counter sales to private operators. The Alberta Gaming and Liquor Commission (ALGC) will provide oversight over cannabis distribution and packaging.

Last week, the Alberta government announced it expects the AGLC to issue 250 licences to cannabis stores in the first year of legalization and that sellers of cannabis products will have to undergo mandatory background checks and training.

Several groups are vying for retail space in Alberta, but legislation will likely limit any one group to 15 or 20 per cent, Volorney says.

“It’s the end to a different kind of prohibition in Canada (and) the birth of a new legal industry,” he says. “By and large, landlords are really coming around to realize it’s not going to create negative environments within their shopping centres.”

So far, about half of retail landlords are willing to rent to cannabis dispensaries, most of which are looking for 1,200 to 3,000 square feet and the same type of shopping centre or street-front locations traditionally sought by liquor stores.

Most of the deals Avison Young is negotiating will be for 10 years, but some will be for five, Volorney says. “It is a major gamble for sure for a lot of these groups,” who risk being tied to a location but unable to receive a permit.

Downsizing of some retailers continues

Volorney adds that while brick and mortar stores are still critical to the retail industry, downsizing is definitely underway as online sales increase.

For example, new Staples stores tend to be in the 15,000-square-foot range where they were once about 20,000 square feet.

Banks used to be 6,000 to 7,000 square feet deals, but many new branches are now 3,500 to 4,000 square feet and include drive-throughs, while divisions like wealth management and commercial are put elsewhere.

Quick-serve restaurants like Dairy Queen have developed smaller outlets of around 2,000 square feet for smaller towns. Tim Hortons has also reduced its footprint with a prototype for smaller markets that puts the focus on drive-throughs instead of indoor seating.

As a result of this downsizing, some landlords “are going to get pinched,” Volorney says, “because if the model moving forward is smaller, there is going to be unused space. So if the requirement is to downsize, then you’ve got to do a financial downsizing and that’s going to be something that a lot of retailers may be looking to do.”

Landlords and retailers alike are in line to take a major hit in provinces where the minimum wage is going up to $15, Volorney says.

In provinces facing a $15 minimum wage, “we’re going to see some weaker brands vacate,” he says. “You may see some increased vacancy later this year, with some retailers unable to make their business model work.”

With labour the largest line item for many retailers, many will have no choice but to transfer costs to consumers with higher price tags for goods or to reduce staff hours, cut staff or increase automation.

There will also be an incremental bump upward, with employees currently making $15 an hour likely to seek $17 and onward. “It’s a shift upward for everybody. In retail, it’s a major hit to the bottom line.”