A B.C.-based developer has purchased the Blanshard Block in Victoria, citing its “bullish” opinio... 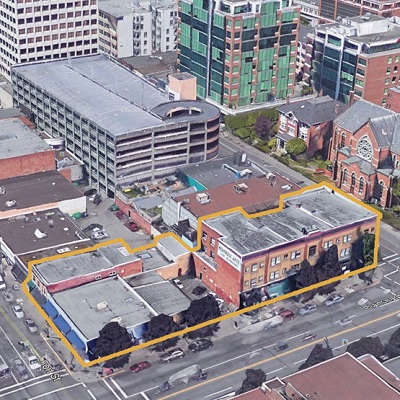 A B.C.-based developer has purchased the Blanshard Block in Victoria, citing its “bullish” opinion on the provincial capital.

“It’s a strong locational acquisition,” said David Fullbrook, CEO, development and acquisitions with MHC, which has offices in Victoria and Vancouver. “It’s really one of the top intersections within the downtown core.”

He said this section of Fort Street is one of the most “authentically Victoria” streets in the city.

“It has restaurants and antique shops and you just the see the foot count is really, very strong,” he told RENX in an interview.

No immediate plans for change

“That’s probably because for Fort Tectoria (co-working and event space) is located there,” Fullbrook said, noting there are “a couple of other guys in the market who have developed some strong office for tech in the area.”

Fullbrook said the properties are 100 per cent occupied and there are no immediate plans for changes.

“It’s actually quite stable real estate,” he said. “For us, it allows us to think a little bit about what the future could be, but it also enables us to really just manage the property and improve it in a more passive way.”

“There’s about 110,000 square feet of associated density with the property,” he said. “The challenge is how do you manifest that in the regulatory environment of Victoria?”

MHC sees itself as a value-added investor, Fullbrook said. That means it tends to purchase existing buildings that can be repurposed or improved in some way: “We work in all asset classes.

“We really look at specific cases where we see an asset that’s either at the end of its economic life, or it’s in transition, or there is an issue with ownership,” he said. “How do we basically reposition this asset, get it back to stable income producing activity and monetize that?”

MHC is active in Victoria, Vancouver and other parts of Western Canada.

Fullbrook’s team is also working on the revitalization of the Victoria Times Colonist building. Located at 2621 Douglas St., the re-branded Victoria Press Building will include a mix of office, retail and social space on three floors totalling 300,000 square feet.

He said the project is mostly an interior renovation project of the existing structure that should take about 18 months to complete. The Victoria Times Colonist will remain on as a long-term tenant, according to the paper’s own report.

“We’ve completed all of our design,” Fullbrook said. “We’re actively leasing and in negotiations with tenants and signing leases with tenants.”

Fullbrook and his team remain “bullish” on Victoria: “I don’t think there’s a Canadian market that has the same kind of potential that Victoria has.”

Victoria combines a high quality of life within a small geographic area, he said.

“It’s got a small population but the wider Saanich peninsula and the Capital Regional District makes it a larger marketplace. It has this connectivity to the United States that seems to bring a lot of business and tourism in.”

He said the city and its regional population of about 350,000 also act like a sub-market for the Lower Mainland. Victoria’s population seems to be getting younger and the region has the ideal B.C. “mystique” he said.

He compared Victoria’s rise to that of Portland, Oregon — another market in which MHC has been active.

“We’ve had this experience in these markets that move from being a large town to a little city and I think that’s really happened in Victoria over the last five years,” he said. “It’s transitioned into a 24-hour, more urban landscape.”

Fullbrook said the political and regulatory situation in Victoria can be challenging for developers who want certainty and predictability.

“There are fits and starts within the local government about what they want to achieve with the city,” he said.

“They kind of go from no growth, to slow growth, to urbanization and then they pull back — and that’s probably the biggest challenge with Victoria.”