Metro Vancouver’s shortage of industrial land has reached a critical stage and the government must consider drawing more land from B.C.’s agricultural land reserve (ALR) to cope, says a senior vice-president at CBRE. 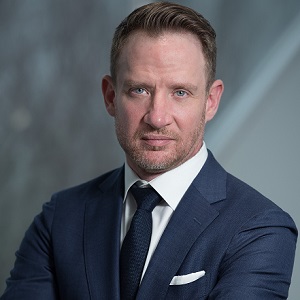 CBRE’s recently released year-end industrial report reveals Metro Vancouver’s industrial availability rate dropped 160 basis points from 3.9 per cent in 2016 to 2.3 per cent by the end of 2017. That is the lowest on record in the region and the second-lowest in North America. (Only Toronto, at 2.2 per cent, is lower).

There needs to be a balance between protecting B.C.’s farmland and creating space for industrial jobs to keep the overall economy moving forward, he told RENX in an interview.

“I’m not saying we pave over good farmland and become this sea of warehouses, but we have to find a balance,” he said.

Set up by the B.C. government in the mid-1970s, the ALR is a 4.6-million-hectare zone that restricts primary land use to agriculture. Among ALR land is some of the most fertile and high-quality farmland in Richmond, Delta and huge tracts of land in the Fraser Valley. The ALR is administered by the Agricultural Land Commission.

The provincial government is currently collecting feedback from stakeholders about the future of the ALR, farming and food security in B.C.

As for industrial land, nearly half of the space in the pipeline of new buildings expected to come online this year is already pre-leased, according to CBRE.

“We don’t even have older (industrial) product anymore,” MacCauley said. “Everybody is taking the space if it’s available. There is nothing driving landlords who own C-class space to redevelop it because there always is a tenant for it.”

The shortage of space is already affecting established businesses, he said.

“A lot of businesses are growing, which is great, but then they’re kind of . . .  constrained on their growth because once they outgrow their space, they have limited options throughout Metro Vancouver,” he said. “When you look at that vacancy approaching two per cent, that’s all the way out to Abbotsford.

“That’s all of Metro Vancouver and there are some municipalities that are below one per cent. If you’re a company in those municipalities and you need to grow, you can’t.”

The low vacancy rates and shortage of buyable land is also keeping new entrants away, he said.

“You factor in new entrants to the market who would like to come and set up in Vancouver, and they are finding it extremely difficult to find a location,” he said. “We don’t have enough in the pipeline for several years to even get close to catching up with the demand.

“We are looking to increase jobs and to sustain the economic growth of the province and Metro Vancouver, and we just don’t have space.”

The other major factor is that lease rates keep rising, MacCauley said. Average net asking rents for Metro Vancouver as of Q4 2017 were $10.23 per square foot, up 13.6 per cent year-over-year. It is the first-time rates have surpassed the $10 barrier in the region, the report said.

MacCauley said rental rates are now catching up to other major port cities on the West Coast of the U.S., but the bigger problem in Metro Vancouver is skyrocketing land values and the corresponding property tax rate increases.

“There are certain clients, if you take Vancouver as an example, (whose) property taxes are going up 20 per cent a year,” he said. “That’s having more of an effect on these clients than the rental rate growth.”