A severe shortage of industrial space in Metro Vancouver has been a boon for property owners but has brought tough times for industrial businesses that want to expand, relocate or set up operations in the region, a panel of experts said in Vancouver this week. 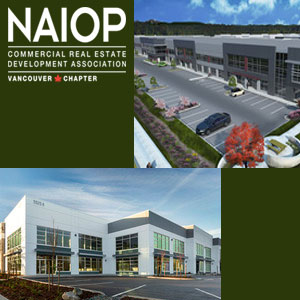 The panelists were speaking at a talk hosted by the Commercial Real Estate Development Association at the Fairmont Hotel Vancouver on Thursday.

Metro Vancouver’s current industrial vacancy rate has dropped to 2.4%, and could drop even further, making for good times among the region’s landlords, but also prompting discussion over innovations in industrial buildings that could eventually help ease the strain on the market.

“All reports, all intel from our industry suggest that vacancy rates will continue to decline in 2017 in all areas west of Chilliwack,” said panelist Lee Hester, a senior vice-president with JLL in Vancouver.

Hester doesn’t expect the regional industrial vacancy rate to drop below 2%, but the market is tough enough for new companies in need of distribution or manufacturing space, he said. “The vacancy rate is declining in all variants of industrial real estate from 2,000 sq. ft. to 250,000 sq. ft., in all areas, and also our intel suggests that there will be less,” he said.

He said he’s never seen the vacancies so low for industrial space in the 10,000 sq. ft. range.

Top tenants in the film industry

“A lot of our tenants, they are needing to grow, needing to expand and wanting to consolidate and become more efficient,” she said. “They don’t have those options available so a lot of them are having to renew and make due with the space they have and they’re seeing higher rates as well.”

Hester said having one industry account for so much growth indicates the local lease market has fallen out of balance.

“If some kind of event… causes the film industry to not choose this as their home you could see a lot of vacancies come up at one time,” he said. “But from what I know of the film industry, they are strong and they are well backed and the American studios see real value in being here so unless that changes, I don’t think this changes.”

With such a shortage of industrial space in the region, the panelists grappled over whether it’s time for developers to consider building multi-storey industrial buildings.

In Seattle, Prologis is the first developer in the U.S. to start work on a multi-storey industrial building. The world’s biggest warehouse owner is building a three-floor 580,000-square-foot warehouse just outside of the downtown core. Set to complete in 2018, the building will essentially be two warehouses stacked on top of each other, according to the Wall Street Journal. A ramp will allow trucks access to loading docks on each floor.

“I think we’re still in the early stages of figuring out these buildings,” he said. “They are very complicated. There is not as much flexibility. The goal really is to increase your coverage, but it’s going to come at an expense.”

He said for it to work in Vancouver, they would have to be in the core of the city where space is at a maximum premium. “These buildings started 15 years ago in Japan where land is like 10 to 15 million dollars an acre,” he said. “They had no choice when these first started to be built in Asia.”

He said Vancouver is not at that stage yet.

Multi-storey industrial is “a very interesting arena”, Hester said. “I definitely think multi-level can play a role but it … depends on the type of market,” he said. “I could really see this in Strathcona, Mount Pleasant, South Vancouver,” he said, referring to emerging tech and industrial nodes in Vancouver proper. “I could see it working in North Vancouver to some degree.”

He said it wouldn’t provide a solution to Vancouver’s ongoing shortage of heavy industrial space. “It’s really more for engineering-type firms, computer production-type areas, film editing. It’s not going to help us with our vacancy for true industrial, but I could definitely see it having a place on a much smaller scale.”

“I would say that all sectors are really strong and if you talk to the clients, they’re reporting record years as a general statement,” Hester said. “They appear to be very healthy and our discussions with them are [about] growth, not retraction.”

But it’s not a balanced market, he said. “It’s tilted in the favour of the landlords.”