Robert Courteau will retire at the end of September from his position as chief executive officer... 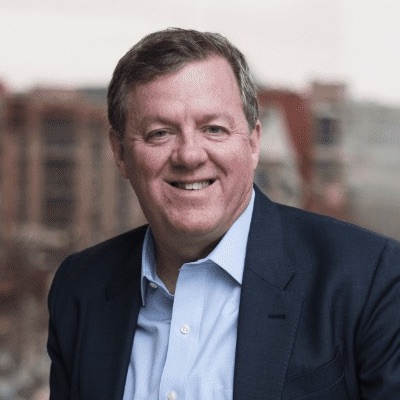 Robert Courteau will retire at the end of September from his position as chief executive officer of Altus Group (AIF-T). Michael Gordon, formerly the CEO of U.K.-based Callcredit Information Group, will succeed him.

“Following the board’s continuing succession planning, we are pleased to effect this executive transition at a time when the company is generating steady and profitable growth with record earnings, underpinned by a strong balance sheet,” said Raymond Mikulich, chairman of Altus Group, in the announcement released Wednesday.

“We are delighted to welcome Mike Gordon as our new CEO to lead the company’s next phase of growth and innovation at a pivotal time in the commercial real estate industry.

“His proven track record, leadership and expertise in global software and data analytics are well-suited to further advance our platform, analytics and services to better serve our global client base.”

Courteau took over as CEO in 2012, replacing Stuart Smith.

Prior to his time at Altus, Courteau was president of SAP North America, at the time a $6-billion global market leader in enterprise application software. Courteau also served as an executive vice-president for EDS Corporation and Xerox Corporation.

“Our shareholders have enjoyed an approximate sevenfold increase in shareholder value under his leadership.”

Courteau will remain with the company in a consulting role to help facilitate a smooth transition.

“I am proud of the significant progress the team has made during my tenure,” he said in the announcement.

“We have been very successful positioning Altus as a market-leading software and services company and with his experience and success in leading and growing data and analytics businesses, Mike is a great choice to succeed me and lead Altus into the very dynamic and evolving future of CRE technology.”

Gordon is a seasoned global leader who was appointed to CEO at Callcredit following its acquisition by GTCR in 2014. He oversaw its transformation, rapid growth and eventual sale to TransUnion in 2018.

Gordon holds a BS in industrial engineering/operations research from Northwestern University and an MBA in finance and business economics from the University of Chicago Graduate School of Business.

“I am thrilled to be assuming this role with Altus and look forward to engaging with our employees, customers, investors and other stakeholders as we look to leverage our industry leadership position and take advantage of the global market opportunities ahead of us,” Gordon said in the release.

Gordon will be appointed to Altus Group’s board of directors effective Sept. 30 and Courteau will retire effective the same day.

Altus has approximately 2,200 employees around the world, with operations in North America, Europe and Asia Pacific.

Altus Group pays a quarterly dividend of $0.15 per share.