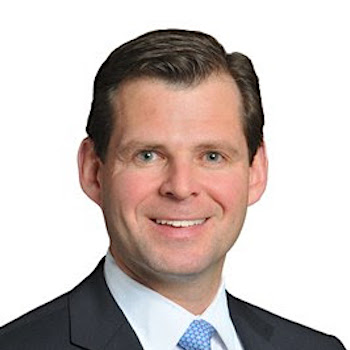 Ted Willcocks is the new president and CEO at Triovest. (Courtesy Triovest)

Ted Willcocks is leaving Manulife Investment Management after 10 years heading its global real estate division to become the president, chief executive officer and a board member with Triovest.

“It’s a pleasure to lead a client-focused and values-based organization at this exciting time of development and I look forward to reinforcing the company’s market strength,” said Willcocks in a release announcing the move. “Triovest has a strong foundation of delivering results to its clients and I am excited to be a part of this dynamic team.”

He replaces Vince Brown, who served as CEO for almost six years. Brown, who has spent more than 20 years at Triovest in a variety of senior management roles, remains with the company as managing director.

Willcocks moves to Triovest after a decade as the global head of asset management, real estate, at Manulife.

During that time, he led the development and implementation of the real estate strategy for Manulife, overseeing portfolio management, asset management and development in Canada, the United States, Australia and Asia, including growth of the private markets business.

Willcocks brings over 25 years of diverse international experience in commercial real estate, having held a series of increasingly senior positions with CBRE and then Brookfield Properties before joining Manulife.

He is a former U.S. Executive Board Member of NAIOP, and the Association of Foreign Investors in Real Estate (AFIRE).

During his time at Manulife, Willcocks also had a highly visible public profile, speaking at numerous conferences, forums and other commercial real estate and investment events.

While the overall scale of the two companies’ holdings is significantly different, Triovest is a major player in Canadian real estate.

Triovest and its assets

Willcocks will now oversee a company with more than 41 million square feet of commercial real estate assets under management on behalf of individual and institutional investors. Its diversified portfolio of office, retail, commercial and industrial properties comprises 430 assets valued at $11 billion, and spread throughout the country.

Triovest also has $2 billion in property under development.

“Triovest is well-positioned to seek growth opportunities with a continued focus on innovative and sustainable operations,” said Kevin Beingessner, chairman of the board at Triovest, in the release. “Ted’s experience, in-depth industry knowledge and broad relationships have equipped him well for his new role.”

Also recognized as a leader in sustainability, Triovest “approaches real estate investment with the mindset of an owner, with a deep appreciation of fiduciary responsibilities” the firm states in the release. The company has offices in eight major Canadian cities and has more than 550 employees.