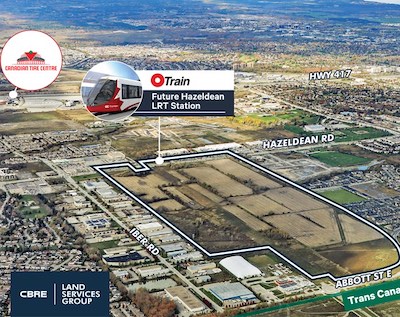 Minto Group has acquired 212 acres of draft plan-approved land in suburban Ottawa for $245 million from the DelZotto family in what’s believed to be the highest-valued land deal in the city’s history.

The draft plan allows for a significant mixed-use development of upwards of 2,755 housing units, plus commercial and retail space on the site, at 5618 Hazeldean Rd., straddling the west-end districts of Stittsville and Kanata.

CBRE Land Services Group began marketing the site last fall, had a firm deal in place in December and the transaction closed in April, according to executive vice-president Lauren White.

“It’s rare for a piece of land of this size to come on the market with draft plan approval in play,” Brent Strachan, president of Minto’s Ottawa division, told RENX. “That makes it short-term land.

“The other main factor is that it’s basically infill within an existing community. The surrounding area is under development right now and a lot of it is complete.

“The infrastructure is there, the schools are there, the pool and the rinks are close by, and the commercial is already there for shopping across Hazeldean. All of the amenities and community features are already there, which makes this community pretty attractive from a market perspective.”

Strachan said the $245-million price tag is indicative of the constrained supply of developable land around Ottawa and the strength of the market.

“Without land to be developed, the land that is developable has really escalated in price. Housing prices have as well. But. when you see land prices escalate like this, that’s the lead indicator of where housing prices are going.”

Ottawa-headquartered Minto is working on a name for the future community, the first phase of which should go on sale early next year. The site can provide “single-family homes through to high-rises, and literally everything in between,” said Strachan.

“We’re just starting the zoning process now that will zone the first two stages of the development.”

The first phase will feature single-family homes and townhomes, while the second phase will introduce ground-oriented home office residences.

“We’re going to be designing some new medium-density product,” said Strachan. “The main north-south road, Robert Grant Avenue, has a lot of medium density on it with no driveways.

“Future phases will include that and will be our target for bringing in homes at entry-level price points that are more affordable.”

Later stages to be built on Hazeldean Road will have higher-density blocks for high-rise development that could start construction in three or four years.

The community will have more than 10 acres of parks, an elementary school and mixed-use components. Part of the Trans Canada Trail, the longest network of multi-use recreational trails in the world, is across the road from the site.

LRT station will be located at site

An even bigger selling point is the third phase of a planned light rail transit (LRT) line, which would end at the Hazeldean station located at the property. No timeline has been announced for the LRT.

“Stage 2 is under construction,” said Strachan. “Hopefully after the election, and within the next year or two, there will be some funding made available for the next stage once Stage 2 is complete.”

Strachan anticipates it will take six to eight years to complete Minto’s development, contingent on the strength of the market.

Minto was founded in 1955. As of January, it had built 95,800 homes, managed 14,600 rental apartment units, was responsible for 2.4 million square feet of commercial space and had an investment portfolio valued at $4.1 billion.

The company built the nearby Potter’s Key development of 399 low-rise homes in Stittsville and was looking to do more in the neighbouring Stittsville and Kanata communities.

“We’ve been building in Kanata and across the city for decades,” said Strachan. “If anyone has the infrastructure, the staff and the trade base in Ottawa, it’s Minto for a site of this size.” 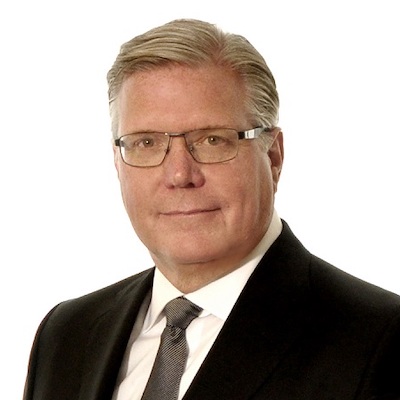 The DelZotto family, which also owns the Toronto-based Tridel development company that has built around 90,000 homes since 1934, has owned the Hazeldean Road site for more than 50 years.

The family took it through the development process until it felt the time was right to sell.

“So much of the site is low-rise and Tridel really focuses on condos,” CBRE Land Services Group vice-chairman Mike Czestochowski, who has a relationship with Tridel going back 38 years, told RENX.

“I don’t believe they’re currently building in Ottawa, so they don’t have that base to do a development of this size.”

“They didn’t want to go too far down the zoning route, so it allows the purchaser to tweak the final zoning,” CBRE Land Services Group sales representative Emelie Rowe told RENX of the seller’s strategy. “The purchaser can now finish that off.”

Site had plenty of interest

Czestochowski said the site attracted plenty of attention because of the buoyancy of the Ottawa market and the growing demand around Canada’s capital.

“When you get into 2,800 units, it’s big enough for a Toronto developer to set up shop. That’s enough of a pipeline that someone’s going to feel comfortable, given how close it is to getting going. They can set up shop in Ottawa and develop that market.

“At the end of the day, we went to Minto, who is based In Ottawa but is also very dominant in Toronto. We did have our choice of who we dealt with. There was a close grouping for the top bidders, who were all very qualified and had the ability to write the cheque. Minto won out by stepping up on the price and the terms.”

Czestochowski believes the pandemic has prompted some Toronto developers to look further afield for opportunities, as there was a small exodus from Canada’s largest city at the height of COVID-19.

“It was an interesting marketing experience for us from a GTA perspective,” White told RENX. “Not only did you have local buyers trying to amalgamate and come in with a consortium to purchase this, but you also had GTA developers who were either already in Ottawa or are looking to expand to Ottawa.

“It really brought more purchasers to the table because of the size and the mix of development they could do between the high-rise and low-rise.”

“Ottawa, just like Toronto, has a record number of cranes in the air right now. Ottawa is no different from anywhere else. The demand is there and we’re seeing multiple bids on a variety of different types of land offerings, whether it be residential or industrial.”

Don Wilcox Residential Redevelopment Toronto / GTA Apr. 25 2022
Steve McLean Business reporter
Steve is a veteran writer, reporter, editor and communications specialist whose work has appeared in a wide variety of print and online outlets. He’s the author of the book Hot Canadian Bands and has taught reporting to college students. He is based in Toronto.