An invitation: Make a 2023 longevity resolution

Projecting rents, cap rates and some advice from Conrad Black

My moonshot could solve affordable housing

Alan Greenberg is a giant in the multi-residential development industry and a true visionary. I h... 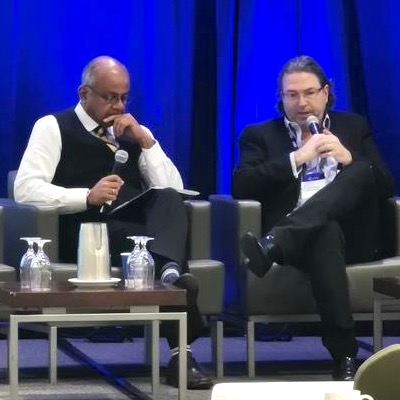 Alan Greenberg is a giant in the multi-residential development industry and a true visionary.

I had the honour of interviewing him at Carmo Companies’ Canada-U.S. Real Estate Meeting at the Hilton Hotel in downtown Toronto on Tuesday, June 11. Alan was the keynote interview, I was the moderator, and Alan provided tremendous insights on his life, career, and the future of the industry.

Alan is part of the second generation of Greenbergs, who took over Ottawa’s Minto Group  that had been founded by Gilbert, Irving, Lorry and Louis Greenberg in 1955.

The company made its mark across Canada, developing Parkwood Hills in Nepean, and building Canada’s first high-rise condominium. Over the past 64 years, they have built over 65,000 new homes. Minto currently manages over $2.9 billion in assets, including 13,000 multi-residential units and 2.7 million square feet of commercial space.

Alan and his partners did not rest on their parents’ laurels. Under their leadership, the company completed Minto Metropolis, the second-tallest building in Ottawa, in 2004, and the Minto Midtown development in Toronto in 2007. Their legacy can be seen in the skylines of many cities.

In 1998, Alan made a special contribution to the Minto Group when he formed the Minto Green Team. Here, his team pushed the company to make its developments more environmentally sensitive and energy-efficient.

Green Team ahead of its time

They started by conducting a thorough audit of energy consumption across Minto’s portfolio, dissecting utility bill after utility bill. As Alan told me, “Who says utility companies never make mistakes? We found many.”

No green measure was deemed too small. As Alan said, “it starts with something as simple as printing on both sides of the paper.”

For the development industry in the late 1990s, this was an idea ahead of its time, but Alan’s vision was rooted in sound economic sense. He was looking to protect the net operating income of Minto’s properties.

Not only did reducing energy consumption and increasing efficiency help the environment, it saved money. Investing in new green technologies did require a significant short-term cost, but Alan was concerned with the long-term investment.

“I was looking for these investments to pay off not just for me, but for my family. I was concerned about subsequent generations.”

To him, this was only appropriate, given how the generation before him left him a legacy that he had to help care for. In his view, the steps he took starting in 1998 have paid off many times over.

Alan talked about the last deal he helped make for Minto before retiring at age 50. It was the 2,000-unit Cherry Hill development in London, Ont., which I helped broker through SVN Rock Advisors.

With this single purchase, Minto picked up a complex of several high-rise buildings, a shopping mall, and a medical office building. At the time, it was the largest apartment transaction in Canadian history.

Why did he take that moment to step away from active duty with the company?

For him, it was about ending a career on a high note. After helping Minto make its largest acquisition in its history, what could top that? However, he soon realized retirement wasn’t for him.

Retiring did, however, gave him the flexibility to think outside the box. He continued to advise and invest in ways to take new builds and bring them to the top of the market. He considered new green technologies that could continue to improve a building’s long-term net operating income.

He has invested in three major projects, including the Israeli agricultural fund Greensoil.

When I was in Israel on one of Alan’s real estate trips, I saw some of Greensoil’s work. Farms were rising in the Judean desert. To my eyes, they were growing food out of nothing.

Greensoil is also a property tech venture fund, which has been extremely selective in identifying real estate technology projects in which to directly invest. Of 1,100 real estate tech companies they’ve looked at, Greensoil has invested in only 11.

However, Greenberg uses these applications – even the ones not personally invested in – as a storehouse of knowledge. When investors want to make a real estate technology decision, many come to Greensoil, where they can be connected to these companies building the future in real estate technology.

Alan has also spent time investing in new luxury urban apartment developments in the United States, taking what he learned while running Minto’s Green Group and applying it to the new designs.

The cutting edge of many luxury apartment developments are the result of Alan’s vision.

From parking lots to food lots?

He continues to look to the future and see things many of us can’t yet see.

Perhaps the most surprising thing Alan said to me when I interviewed him were his thoughts on urban farming. More buildings these days are building or adding green roofs, and many use the produce grown there, but Alan goes further.

He suggested that, as we move to a less car-centric society, where cities increasingly look to local farms to protect their food security, space will open up in old buildings that can be put to work. Think of the big parking garages we’ve been required to build into our apartment buildings and condominiums.

As we drive less and park less, these could be excellent spaces for hydroponic farms.

Apartment dwellers of the future may truly not have to go far for their fresh tomatoes and kale.

That might sound outlandish – it did to me – but I remember how Alan stepped out of the box and made Minto’s buildings greener over 20 years ago. Think of how many green buildings are being built today, and how many LEED initiatives we tout.

I, for one, don’t think it would be wise to dismiss what Alan envisions for the year 2039.

Derek Lobo Founder and CEO , SVN Rock Advisors Inc.
Derek Lobo is the CEO of SVN Rock Advisors Inc., a unique full-service brokerage firm. He has focused his entire career on the North American apartment building business. He’s recognized as an expert in new apartment construction, affordable housing, student housing, and has established a sterling reputation as an expert advisor in this field.