Morguard REIT returns to profitability in 2021; optimistic for ’22 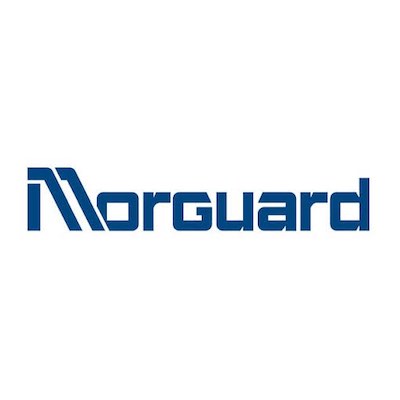 “We are hopeful that with the strong rollout and takeup of vaccines by both Canadians and Ontarians that we will soon see the end of lockdowns and related COVID restrictions,” Tamlin told analysts during a Q4 2021 earnings conference call on Feb. 17.

Morguard’s (MRT-UN-T) overall rent arrears and deferrals as of Dec. 31 totalled $9 million, compared with $20 million in the first quarter of 2021.

More than half the arrears outstanding are from two enclosed malls in Ontario, the St. Laurent Centre in Ottawa and Cambridge Centre in Cambridge, which were closed for parts of 2021 due to provincial lockdowns. Tenants most severely affected by lockdowns, such as fitness centres, beauty services and food service tenants, are responsible for most of the uncollected rents.

“Food court tenants are still struggling, so, I think that they’re probably at the top of the list as far as tenants that we’re monitoring and we’re seeing issues with,” Tamlin said.  “(However), we’re still in the 90 per cent to 100 per cent range at all of our malls. So, I wouldn’t say that it’s anything to get too excited about.”

Tamlin said most enclosed malls continue to see declines in traffic compared with pre-pandemic levels, but this has not always translated to a decline in sales.

“Instead of folks coming to malls to window-shop or lounge at the food court, we are seeing much more targeted traffic, whereby folks are coming and going in an efficient manner.”

While there are some short-term challenges with the REIT’s enclosed malls, most of them are dominant in their geographical areas, he said. Strip malls, which are largely grocery-anchored, have shown resilience in collections.

Morguard is continuing with the transformation of a former Lowe’s store into a 38,850-square-foot Save-on-Foods development at Pine Centre in Prince George, B.C. The project, in the largest enclosed shopping centre in northern B.C., is expected to be completed in Q4 2022.

Tamlin said Morguard is “pleased” with its fourth-quarter results.

Tamlin said rent collections have been strong, particularly in the office, community strip mall and industrial asset classes, which are functioning normally.

“As these tenants have reopened across Canada and restrictions have eased, we are optimistic that we will see continued improvements in our cash collections.”

Rent collections dipped slightly due to Omicron but are now back to pre-variant levels.

Retail occupancy levels at year-end 2021 were in-line with the previous year at 94 per cent. However, office occupancy levels have slipped to 87 per cent from 89 per cent, as some tenants look elsewhere upon lease expiries.

The current 91 per cent occupancy level for all asset classes is slightly below the 93 per cent at the start of the pandemic.

There are 620,000 square feet in retail GLA coming up for renewal in 2022, more than half of which represents anchor tenants who are expected to renew.

“There is no space greater than 10,000 square feet which is not expected to renew this year,” Tamlin said.

Discussions are ongoing with the Alberta government over its leasing of office space at the two-tower Petroleum Plaza in downtown Edmonton, which came up for renewal on Dec. 31, 2020.

“While they have verbally told us that they expect to renew, they have unfortunately still been focused on their response to the pandemic, which has taken priority. At this point, we are still looking at later in 2022 in order to get this completed.”

Meanwhile, Morguard is collecting rent from the Alberta government at the expired rate. “They’re obviously still occupying the building. And they have really told us numerous times that they’re going to get to it.”

Tamlin added that while the company is in a wait-and-see status as to what happens with flexible office work environments, he expects office occupancy levels to start rising in the province.

Primaris REIT gets down to business after H&R spinoff

Steve McLean Residential Development National Feb. 24 2022
D
Danny Kucharsky Business reporter
Danny is a multiple award-winning journalist based in Montreal, who has written for about 75 magazines and newspapers in Canada and the U.S. His credits include The Globe and Mail, Montreal Gazette, Maclean's, Chicago Tribune and a wide variety of business, specialized trade and medical magazines. Danny was also the Montreal correspondent for Marketing Magazine for several years.