Primaris REIT gets down to business after H&R spinoff

“It’s a little surreal, I’d have to say, but it’s good,” is how Primaris REIT chief executive off... 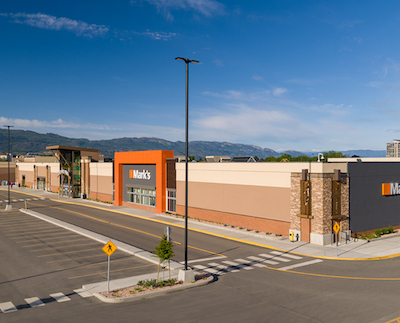 The Orchard Park Mall in Kelowna, B.C., is part of the portfolio operated by the newly independent Primaris REIT. (Courtesy Primaris REIT)

“It’s a little surreal, I’d have to say, but it’s good,” is how Primaris REIT chief executive officer Alex Avery described his feelings after the trust was spun off by H&R REIT as an independent publicly traded entity on Dec. 31.

Primaris, initially known as Borealis Retail REIT, was formed in 2003 as a publicly traded company by a Canadian pension fund which managed the portfolio until the end of 2009 when Primaris internalized management. H&R acquired the Primaris operating platform and 25 of the properties owned and managed by Primaris in 2013.

When H&R management decided to reposition itself from a diversified REIT to focus on multiresidential and industrial properties, it contributed 27 primarily retail sites with an appraised value of approximately $2.4 billion to create the distinct entity Primaris REIT.

The REIT (PMZ-UN-T) began trading on the Toronto Stock Exchange on Jan. 5.

It has also closed on a $700-million credit facility with a syndicate of Canadian banks led by CIBC, Scotiabank and BMO, and including RBC, TD and Desjardins.

“We’re the only large platform owner-operator of enclosed shopping centres with a well-capitalized balance sheet and a mandate for growth,” Avery told RENX. “The past five years have been hard on the enclosed mall sector and that has translated into depressed occupancy and rental rates.

“So we think there’s a near-term recovery opportunity within the properties.

“The design of Primaris’ business strategy from the beginning contemplated having an internally funded model with very low leverage and a low payout ratio and funding to operate the business with limited reliance on outside capital.”

In addition to Avery, who’s been an H&R board member since 2017 and was most recently the REIT’s executive vice-president of asset management and strategic initiatives, Primaris’ C-suite includes:

– president and chief operating officer Patrick Sullivan, who had been COO of Primaris Management Inc. since 2013;

– and chief financial officer Rags Davloor, who was previously executive vice-president of finance and strategy for Tridel and president and COO of RioCan REIT, among other roles.

Immediately following the spinoff from H&R, Primaris completed the acquisition of six shopping centres and two related properties from Healthcare of Ontario Pension Plan (HOOPP) for $800 million, consisting of $600 million of REIT units and the balance in cash.

– Devonshire Mall in Windsor, which was built in 1970 and has been expanded several times so it now has more than 175 stores and is the city’s largest shopping centre;

– Lansdowne Place in Peterborough, the largest shopping centre in the Kawarthas region, which opened in 1980 and was expanded and renovated in 2009. It includes an adjacent small property with a couple of industrial buildings, originally acquired to expand the mall, a plan which is now on hold;

– Quinte Mall in Belleville, which offers more than 125 stores and services;

– and New Sudbury Centre in Sudbury, which features more than 110 stores and services and is Northern Ontario’s largest shopping centre.

“The portfolio increases our Ontario exposure and adds scale to our platform, which increases our relevance with retail tenants,” said Avery. “We believe there are opportunities to leverage that scale to enhance operating performance.”

The other HOOPP portfolio acquisitions were:

– Marlborough Mall in Calgary, which opened in 1972, has been expanded several times, and now provides approximately 100 stores and services. Primaris’ purchase also included a small office building that’s embedded and only accessible from inside the mall;

– and Highstreet Shopping Centre in Abbotsford, B.C., a three-level mall with 600,000 square feet of space.

“Marlborough offers synergies with our Sunridge Mall, and both are at CTrain stations,” said Avery. “Highstreet offers attractive exposure to the Lower Mainland, B.C. market.”

Primaris will continue to seek acquisition opportunities which can improve its portfolio and the value of its units.

“In the near term we’re focused on continuing to drive occupancy higher and work with our tenants to drive sales and, by extension, rents higher,” said Avery.

“From an external growth perspective, we think we’re uniquely positioned in a market with limited institutional competition for assets offered for sale.”

Since Primaris owns large properties in major and secondary population centres, its portfolio offers plenty of intensification opportunities. These include a site Avery believes is one of the best for future residential development in Canada.

“Our flagship development site will be Dufferin Grove, which is the four acres to the north of Dufferin Mall, in the centre of Toronto adjacent to the subway stop on the Bloor line. That property can support 1,300 residential suites and is fully entitled.

“We have a number of other opportunities throughout the portfolio, including Orchard Park in Kelowna, Place d’Orleans in Ottawa, Marlborough and Sunridge in Calgary, and several others.”

There’s no rush to intensify or redevelop any properties at this point.

“The development business is a sexy business and it’s very exciting, but for right now we are focused on operating the malls and taking advantage of the opportunities in the mall business primarily,” Avery explained.

“Over time, as we execute on our core business plan, we’ll continue to evaluate those residential intensification opportunities.”

Like almost all retail landlords, Primaris faced challenges with rent collections in the first half of 2020 when government-mandated regulations closed or restricted business at many stores and commercial businesses to curb the spread of COVID-19. Collections have been pretty normal since then, however, according to Avery.

The rapid spread of the Omicron coronavirus variant has recently brought about some reintroduced government-imposed restrictions for retail properties. Avery said Primaris is still determining how these actions will impact its business.

“The initial waves of the pandemic really washed out a lot of the weak tenancies in retail properties and the retailers that are operating today have learned to adapt to unusual operating conditions.

“The current restrictions are just restrictions. There are no mall closure mandates and, as a result, our retailers are operating in a somewhat normal fashion and consumers continue to need the services of those retailers.”

Don Wilcox Residential Transactions National Dec. 14 2021
Steve McLean Business reporter
Steve is a veteran writer, reporter, editor and communications specialist whose work has appeared in a wide variety of print and online outlets. He’s the author of the book Hot Canadian Bands and has taught reporting to college students. He is based in Toronto.