National Homes’ increasing focus on taller residential buildings will continue with the acquisiti... 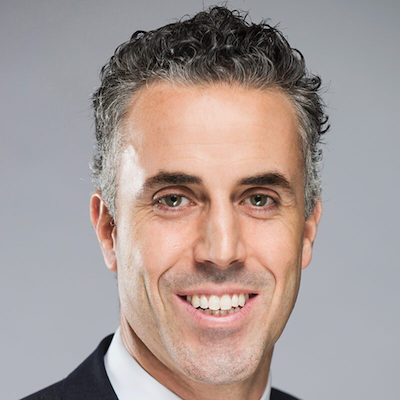 National Homes’ increasing focus on taller residential buildings will continue with the acquisition of a Brampton site with partner Brixen Development.

The vacant 2.49-acre property at 245 Steeles Ave. W., a few blocks west of Hurontario Street, was acquired from Sundial Homes in an off-market deal for an undisclosed price. Approvals were already in place to build two 25-storey condominiums before the acquisition closed on May 14 and the two partners will move forward with that plan.

The project still has to go through the site-plan approval process. Sales should launch this fall and prices haven’t been revealed. National Homes president and managing partner Jason Pantalone told RENX he would like construction to start next summer, with first occupancy in the summer of 2025.

Brampton has less high-rise development than neighbouring cities Toronto and Mississauga, and Pantalone said National Homes previously held off launching such a project in the city because it couldn’t make the economics work.

Things have changed, however, with construction of the 18-kilometre, 19-stop Hurontario Light Rail Transit line going north from Port Credit to the Brampton Gateway terminal, where it meets the Züm Transitway, a five-minute walk from the development site.

“It’s really opened up the opportunities for Brampton high-rise development,” said Pantalone. “Prices have finally started to catch up on the revenue side in terms of end sale prices. So when the opportunity came to us, we ran our numbers and did our pro forma and we were really excited to see a great opportunity, given the transit orientation of the site.”

Shoppers World Brampton is about a five-minute walk east of the site, while Sheridan College’s Brampton campus is about the same distance to the west.

Brixen was formed in 2019 by Andrew Iacobelli, who was previously with Queensgate Homes, and Alex D’Orazio, who had previously worked for The Automated Group, Minto and CentreCourt. D’Orazio is also Pantalone’s cousin.

Woodbridge, Ont.-based Brixen has two other ongoing developments in its home province.

South District is a 183-unit condo at 681 Yonge St. in Barrie that’s slated for completion next spring. The Bronte is a 128-unit condo at 2430 Old Bronte Rd. in Oakville with a fall 2023 target completion date.

Pantalone said National Homes will oversee financing, sales and marketing for the Brampton development while Brixen will primarily be in charge of construction.

“It was a good fit, with their experience and our experience,” said Pantalone. “We’ve built over 10,000 units in the Brampton community and our name is really well-known there, so our brand will bring a lot of value to the project.”

National Homes has built more than 15,000 homes, developed more than 20,000 acres of land and constructed thousands of square feet of retail and commercial space. Pantalone, his sister Deena and brother Matthew took over the business from their father seven years ago.

“I feel like our focus is now on transit-orientated urban development sites that offer amenities to the community.”

Half of National Homes’ entirely Ontario-based portfolio is comprised of low-rise homes, while higher density developments make up the other half.

“Single-family homes are a dying breed,” said Pantalone. “It’s very difficult to find single-family development sites where you can sell for under $1 million. You have to go pretty far outside the GTA to get to those types of developments and then the absorption starts to dwindle.

“We’re as far west as Burlington and as far east as Courtice and as far north as Bradford, where we’re finishing construction on a site now.”

National Homes wants future projects to stay within those boundaries. It has approximately 2,000 units in its short-term development pipeline and over 2,000 more in the longer-term pipeline.

Still to come from National Homes

The first phase of 210 units in townhomes and semi-detached houses in Tyandaga Heights on the Park on Brant Street in Burlington is sold out. Servicing of the site started recently, with a second phase scheduled to go on sale this fall.

Another Burlington development, at a current shopping plaza at 484-490 Plains Road East, will have two eight-storey condos and stacked townhouses with a total of approximately 400 units. National Homes is waiting for the retail leases at the plaza to expire before it launches sales in spring of 2022.

National Homes just launched sales of The Vale in Courtice, east of Oshawa. The site is just north of Lake Ontario and beside a forest at the intersection of Bloor Street and Prestonvale Road.

A 105-townhouse development at 1240 Britannia Rd. W. in Mississauga is in the approvals stage. Pantalone hopes to launch sales this fall.

National Homes owns 200 acres in Milton with a partner that wishes to be unnamed. More than 2,000 units in medium- to higher-density buildings will be developed in five projects. Pantalone would like to launch initial sales in 2024.

Spallacci, Valery to build The Moderne in Hamilton

Steve McLean Residential Transactions Toronto / GTA May. 19 2021
Steve McLean Business reporter
Steve is a veteran writer, reporter, editor and communications specialist whose work has appeared in a wide variety of print and online outlets. He’s the author of the book Hot Canadian Bands and has taught reporting to college students. He is based in Toronto.