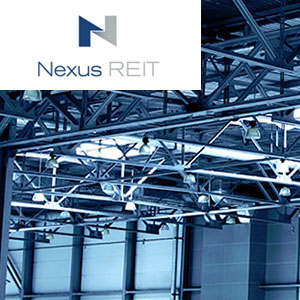 The REIT also announced the sale of two non-core properties in Kelowna, B.C., and Yellowknife, N.W.T., for $11.3 million.

A portion of the purchases will be paid via $22.7 million in Nexus shares issued to the vendors, at a premium price of $2.10 per unit.

“With these acquisitions, purchased at a significant discount to appraised values, Nexus will grow its market capitalization by approximately $22.7 million without the need to raise equity in the public markets,” Nexus CEO Kelly Hanczyk said in a release.

“We are currently in negotiations with several additional vendors for similar unit-structured deals and hope that these are the first in a series of transactions that we will announce in the near future and complete in the second quarter.”

He said the acquisitions “will not only generate increases in our AFFO per unit but should result in significant improvement in our NAV/unit once the repurposing associated with the Richmond assets is complete.”

The acquisitions remain subject to due diligence and customary closing conditions, including TSXV and other necessary regulatory approvals.

The Richmond and Regina properties

The Richmond properties are being acquired for $57.4 million with a 6.5 per cent cap rate.  Nexus says a current appraisal (March 2018) values the assets at approximately $81 million.

The site consists of two buildings:

* The first is a 117,490-square-foot industrial building which is already being repurposed into a multi-tenant kids’ sports mall concept generating premium rents in the tight greater Vancouver market;

* The second building is a 60,000-square-foot industrial property with a single multinational tenant that manufactures and services power sources and other equipment in the marine and energy markets.

Nexus intends to enter into a construction management agreement with the vendor to repurpose the smaller building, continuing with the sports mall concept and increasing the total gross leasable area.

The vendor of the Richmond properties is also the purchaser of the Kelowna property being sold by Nexus.

The Regina asset is a 38,690-square-foot, multi-tenant industrial property which the REIT will acquire for $6.6 million and a going in cap rate of 7.5 per cent. The property consists of two buildings anchored by Day & Ross Shipping.

The vendor will accept $2.4 million in shares at $2.10 per unit as partial payment.

The non-core properties in Kelowna and Yellowknife are being sold in two separate transactions; the total sale price is $2.6 million greater than the original purchase prices, Nexus says.

The remainder of the purchase prices will be payable in cash generated via $6.9 million of net proceeds of the dispositions, and new mortgage financing.

It has offices in Oakville, Ont., and Montreal.