Nexus REIT (NXR-UN-X) says it is has signed two new tenants at substantially increased rents, and... 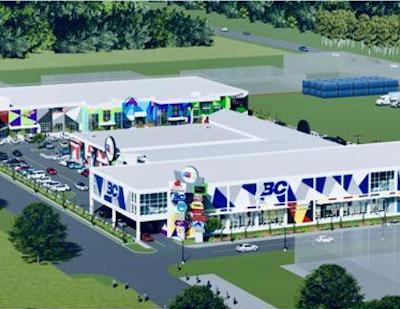 Nexus REIT (NXR-UN-X) says it is has signed two new tenants at substantially increased rents, and is now planning a major renovation and expansion at its industrial/commercial property in Richmond, B.C.

When the expansion project is completed, it will comprise an additional 70,000 square feet. An existing industrial tenant has been replaced by two new tenants, leasing about 60,000 square feet of space.

“Net rents under these leases are approximately $23 per square foot higher than the rents the REIT was receiving from the former industrial tenant prior to early termination,” says a press release issued by Nexus.

“The leases are expected to commence in early 2021, following build-out and improvements to the space to ready it for occupancy by the new tenants.”

Nexus did not release additional financial details and did not immediately respond to a request from RENX seeking more information about the project.

Nexus purchased the property, which consists of two single-storey structures and adjacent parking areas, from 104 Investments Ltd., in early 2018 for $57.4 million.

At the time, Nexus said one of the key components of the transaction was the opportunity to add to the existing structures.

It immediately set out to clear up permitting issues and begin “tenant improvements” for existing occupants, Nexus CEO Kelly Hanczyk said at the time. It also began planning for the second phase of improvement.

The vendor of the property will continue to manage the development and remain involved in leasing it jointly with Nexus. The REIT says its partner “has relationships with tenants interested in leasing the space when complete.”

Subject to market conditions and  pre-leasing, the REIT hopes to begin construction of the addition in 2021.

In accordance with its purchase agreement, Nexus and its partner will share in the benefits of the upgrades.

Nexus’ partner will receive its share of the increased value via REIT units, valued at the greater of $2.30/unit or the minimum price allowed under stock exchange rules and policies.

Nexus is a growth-oriented real estate investment trust focused on the acquisition, ownership and management of industrial, office and retail properties located in primary and secondary markets in North America.