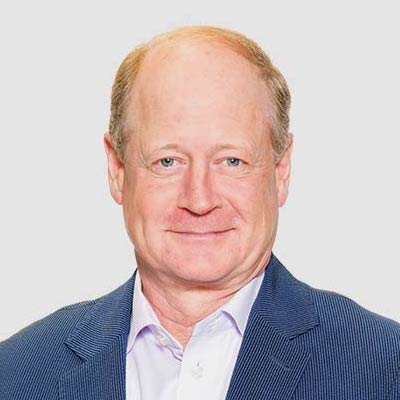 Terms of the deal, for which an agreement was signed on Nov. 11, weren’t disclosed. Preliminary talks for the acquisition began in late July 2019, then picked up steam in the spring.

“We have a dynamic, awesome, entrepreneurial team with a lot of different skill sets,” Nicola Wealth Real Estate managing director Mark Hannah told RENX. “What appealed to us about Blackwood is that they also have a similar dynamic team.

“What we feel we’re good at and what we also believe that Blackwood is good at, because they’ve proved it, is they know how to source opportunities and put deals together with tenants and execute. If you can do those things, then capital will follow.”

“In a relationship, business or otherwise, the whole has to be bigger than the sum of the parts,” Blackwood managing partner Michael Cairns said in a separate interview. “One plus one has to equal three or more, and I think we’re going to be well above that number in terms of what we can do together.

“We’re much bigger and stronger together than we are independently in the real estate space.”

Vancouver-headquartered Nicola Wealth was established in 1994 and manages more than $7 billion in assets. Its in-house real estate division, Nicola Wealth Real Estate, was launched in 2005.

Nicola Wealth Real Estate has more than $4 billion in assets under management via 180 properties encompassing more than 10 million square feet in Canada and the United States. It employs 32 in offices in Vancouver and Toronto, with the majority on the West Coast.

The Canadian Income Portfolio makes deals ranging from $20 million to $150 million in major and strong secondary Canadian markets. It has a gross asset value of approximately $1.5 billion.

The U.S. Income Portfolio makes similar acquisitions in major American cities and has a gross asset value of approximately $2.3 billion.

The Development/Value-Add Portfolio is a merchant fund for opportunities, ranging from $10 million to $100 million, where properties can be built or repurposed and sold in major North American markets. It has a gross asset value of approximately $700 million.

Nicola Wealth Real Estate racked up $825 million in acquisitions last year. Hannah said the acquisition total would have likely hit $1 billion in 2020, but things were put on hold for several months due to COVID-19 so that number should come in at around $600 million.

Blackwood is a real estate investment advisory, asset management and transaction management services firm which advises pension funds, private investors and both public and private sector corporations. It transacts throughout North America for domestic and international owners and users of real estate.

Blackwood, which was launched in 2000 by Cairns and fellow managing partner John Hayes, has more than 60 employees in two Toronto offices and one Vancouver office. It’s headquartered in Toronto, where the majority of its employees are based.

Blackwood advised on the development of a million-square-foot Amazon distribution warehouse in Caledon, Ont. on behalf of a Canadian pension fund.

It also advised on the development of another million-square-foot Amazon fulfillment centre under construction in Ajax, Ont. on behalf of a joint venture between a Canadian pension fund and a Canadian investment manager.

“Our development pipeline is pretty full and pretty active, and industrial distribution has been a very desirable asset class for both institutional owners and users, especially given COVID and the shift to an online shopping world,” said Cairns. “Amazon can’t get enough warehouse space.”

Blackwood is working with other clients on plans for purpose-built rental apartment and office developments in Vancouver, according to Cairns.

The business objectives and autonomy of Nicola Wealth Real Estate and Blackwood will be maintained while they identify synergies and opportunities to collaborate.

Blackwood’s founding partners, senior management team and all other employees will stay on, and the company will keep its name and separate offices for the foreseeable future.

Hannah said the goal is to achieve a seamless transition with as few distractions as possible. Blackwood has an established brand and reputation, so there’s no need for immediate change, though Hannah expects a full integration five or 10 years down the road.

While Nicola Wealth Real Estate typically owns 100 per cent of the assets in its portfolios, it also has several strategic partners across North America. Its management team members personally invest in portfolios alongside investor clients.

“Blackwood doesn’t invest in deals,” said Hannah, “they’re pure asset managers. But with us, there’s an opportunity now for us to invest in deals and have skin in the game.

Don Wilcox Residential Development Metro Vancouver Nov. 19 2020
Steve McLean Business reporter
Steve is a veteran writer, reporter, editor and communications specialist whose work has appeared in a wide variety of print and online outlets. He’s the author of the book Hot Canadian Bands and has taught reporting to college students. He is based in Toronto.