Protect your commercial investment with a Leasehold Endorsement

Is a loan secured by a mortgage a safe investment? If the debtor has tax arrears, it may not be. 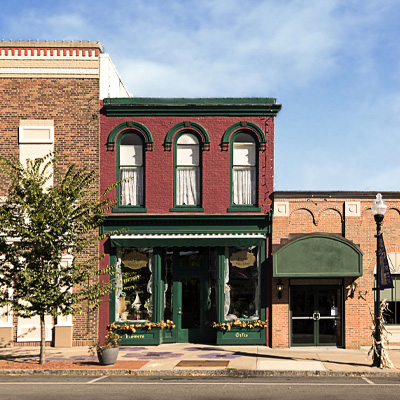 Is a loan secured by a mortgage a safe investment? If the debtor has tax arrears, it may not be. Super priority liens give the Canada Revenue Agency (CRA) extraordinary power to recover what is owed to them, even if someone else now holds those assets. A 2020 Federal Court of Appeals decision clarified that power even further: the CRA can collect even if taxes were owed before the lender issued the loan.

What is a super priority lien?

A CRA super priority lien is a claim on a debtor’s assets. It takes priority over any other interests in those assets, such as a mortgage. In practice, super priority liens apply to money that businesses owe the CRA for two specific things: GST/HST and payroll taxes (also called source deductions). That’s because businesses collect that money from customers and employees, and remit to the CRA at a later date. Until it’s submitted, the money is considered held in a “deemed trust” with the CRA as the beneficiary.

A trust asset can be money, property or some other type of asset that someone (the trustee) holds onto for someone else (the beneficiary) until a later date. Often, trusts are created by contracts or at least an agreement by everyone involved. Deemed trusts are different. Nobody creates them—they come into existence on their own because they’re implied by legislation. The trustee has no choice.

A deemed trust exists whether or not anyone knows about it. This means the CRA can come for that money after an audit reveals owed source deductions, which can happen years after the mortgage’s discharge.

When businesses fail to remit taxes to the government, it’s usually because that money has been used as cash flow or investment. So, most of the time, the CRA has to come for the business’s assets, which is a problem for lenders who have to enforce their mortgages.

When the lender tries to recover its investment by enforcing its security, the CRA can hold the lender liable for the borrower’s tax debt. If there is insufficient equity in the property to pay off both the CRA and the lender, the lender may end up suffering a loss.

Protecting lenders from the invisible

How can lenders operate with this level of uncertainty and risk? By protecting themselves. Most residential and commercial lender title insurance policies from FCT provide coverage against the risk of loss resulting from a super priority lien. There is also an option for a Super Priority Lien Endorsement which offers additional coverage if the CRA makes a claim against a lender after it has been paid out and its mortgage discharged. The endorsement coverage is up to a maximum of $500,000 and extends to a period of ten years after the discharge of the mortgage. Even though these liens almost always only apply to businesses, it’s not uncommon for business owners to put up a home as collateral, so the coverage is just as important in residential policies as in commercial.

That protection can mean the difference between investing with confidence and facing unforeseen financial losses. The additional endorsement coverage only costs $175 for a commercial deal, and is automatically added to all residential lender policies, including private lender transactions, at no extra cost.

Get protection against CRA tax claims and a host of title and off-title risks under a title insurance policy with a Super Priority Lien Endorsement from FCT.

The FCT group of companies, based out of Oakville, Ontario, is a leading provider of real estate technology in Canada, delivering data-driven solutions spanning residential and commercial title insurance, default and recovery, and mortgage processing and valuation services. FCT serves approximately 450 lenders, 43,000 legal professionals and 5,000 recovery professionals, as well as mortgage brokers, real estate agents and builders, nationwide. FCT is a subsidiary of First American Financial Corporation (NYSE: FAF), one of the largest title insurers in the United States with a global presence.

Protect your commercial investment with a Leasehold Endorsement

Brendan Fagan Chief Underwriter and Senior Legal Counsel, FCT
Website: http://FCT.ca Brendan Fagan is FCT’s Chief Underwriter with 14 years of industry expertise. Brendan assesses and advises on developing trends in risk and underwriting, also providing input into the development and implementation of initiatives across the company. Brendan holds a Master of Laws degree from the University of Montreal and is called to the bars of Ontario and Quebec.

The FCT group of companies, based out of Oakville, Ontario, is a leading provider of real estate technology in Canada, delivering data-driven solutions spanning residential and commercial title insurance, default and recovery, and mortgage processing and valuation services.