The purchase of a $454-million hospital portfolio in London positions NorthWest Healthcare Proper... 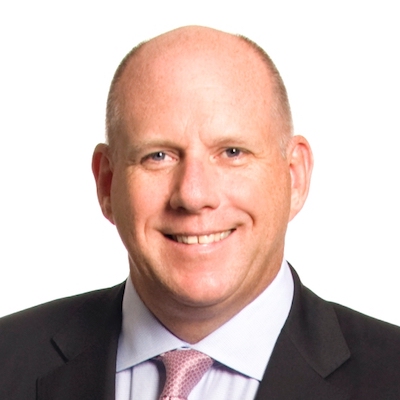 The purchase of a $454-million hospital portfolio in London positions NorthWest Healthcare Properties REIT (NWH-UN-T) to take another significant step, according to CEO Paul Dalla Lana.

The Aug. 21 purchase of the four-hospital portfolio more than triples NorthWest’s London healthcare investments and makes it more attractive to a joint venture partner.

“It’s strategically important because it increases the scale of the REIT’s U.K. portfolio to more than $620 million and positions it for further growth and partnership with the region’s leading healthcare operators,” Dalla Lana said, speaking Monday during the REITs Q2 2020 financial conference call. “It also diversifies the REIT’s U.K. operator mix and brings its focus into major U.K. healthcare markets.

“Lastly, it provides the REIT with an attractive portfolio with which to seed a future U.K. joint venture, which is a priority for the business.”

Earlier this year, NorthWest made its first London investment, acquiring a six-hospital portfolio leased to BMI Healthcare Ltd., for about $167 million.

The country has a private healthcare system which runs alongside its public NHS operations.

The new acquisitions also offer opportunity for brownfield development, with Dalla Lana suggesting future improvements could mean 10 per cent or more in value-add for the properties.

“Development in London and expansion in London is always tricky. Certainly there are a number of planned capital expansions that we are aware of,” he said.

“We’ve historically guided that five to 10 per cent of our portfolios typically are in some form of brownfield expansion and I would expect that those metrics, subject to London planning if you will, would be quite consistent.”

The Aspen portfolio was acquired at a 6.2 per cent going-in capitalization rate and funded with a $223-million term loan, a $125-million expansion of the REIT’s revolving credit facility and existing liquidity.

NorthWest fee-bearing assets under management have increased to $8.4 billion.

Dalla Lana said despite the ongoing global pandemic, during Q2 the REIT “made notable progress on its strategic priorities.”

NorthWest is Canada’s largest global, diversified healthcare REIT. With its focus on healthcare, the trust has been uniquely positioned to ride out a global crisis like a pandemic.

“The REIT’s properties have remained open during this challenging operating environment, although some tenants have had to adapt their businesses to align with local government and healthcare guidelines,” Dalla Lana said.

“Despite this, operating performance during the quarter remained defensive with 97.6 per cent of proportionate rent being collected or subject to formal deferral arrangements.”

Its Q2 financial results remained strong, highlighting what NorthWest calls “the defensiveness of its healthcare real estate portfolio which is focused on hospital, outpatient and medical office segments of healthcare.”

* same property year-over-year NOI growth of 2.9 per cent in Q2;

* consolidated leverage of 49.6 per cent;

*  and portfolio occupancy held stable at 97.3 per cent, with the international portfolio at 98.8 per cent.

“We are pleased to be expanding our partnership with GIC into Europe,” Dalla Lana said.

“The joint venture will benefit from a high-quality initial portfolio and leverages NorthWest’s significant regional presence with a goal to building the leading pan-European healthcare real estate platform.”

NorthWest will sell a 70 per cent interest in its $470-million German and Dutch portfolio, which will be used to seed the European JV.

The portfolio has been expanded by $196 million to include an additional five assets in the Netherlands and is expected to close in Q3 2020.

NorthWest is also working to lower its overall leverage as part of its longer-term plan to issue unsecured debentures, Dalla Lana said.

“Our strategy remains very much intact around achieving investment-grade metrics. We view entry-level into BBB-low ratings around that sub-50 per cent loan-to-value,” Dalla Lana said. It is also targeting 8x proportionate net debt to EBITDA.

“As we progress throughout the year on our various initiatives including the completion of the sale on the European seed portfolio as well as the launch of the U.K. JV and seeding of that portfolio, we very much see our metrics tracking toward those two targets.”

In its Q2 financial report, NorthWest reiterated its goal is to get its leverage to 45 per cent of value.

In the executive suites, NorthWest announced president Bernard Crotty is retiring after 15 years with the REIT and will be replaced by its current Australasian CEO Craig Mitchell.

In addition, Tim Blackwell has been appointed executive vice-president, funds management and Marco Mosselman becomes vice-president and country head in the Netherlands. Both are newly created positions.

Also, Stephani Kingsmill will join the board of trustees effective Sept. 8. Kingsmill served in a wide range of roles in the insurance, asset management and real estate businesses of Manulife Financial Corporation between 1988 and 2019.

Kingsmill replaces Dr. David Naylor, who is resigning to focus on urgent public health initiatives related to the COVID-19 pandemic.

In Canada, the REIT is the largest non-government owner and manager of medical office buildings and healthcare facilities from coast to coast, including major concentrations in Calgary, Edmonton, Toronto, Montreal, Quebec City and Halifax.

In its international markets, the REIT is a partner with regional operators and has built management platforms in global gateway cities comprised of quality healthcare real estate infrastructure assets with a capacity for future growth.