ONE Properties is bullish these days on the Canadian commercial real estate market. The proof is... 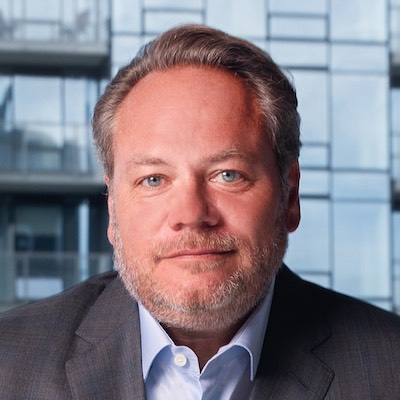 ONE Properties is bullish these days on the Canadian commercial real estate market. The proof is clear: the Edmonton-headquartered firm has close to 11 million square feet of space under development in the Calgary, Edmonton and Toronto regions.

About 47 per cent of its development space is industrial property – or over five million square feet. A further 28 per cent, representing just over three million square feet, is in the multiresidential sector, with the rest in retail, office, hotel, seniors housing and parkade spaces.

“In priority, we’re going to continue to grow our presence in GTA (Greater Toronto Area) and then we’re also looking at expanding into Vancouver,” Durstling said during an interview with RENX, though he had no details to offer at this point about its Vancouver plans.

Like the GTA, however, Vancouver is a very attractive market for developers, particularly in industrial and multiresidential assets.

The company, which was founded in 1987, has offices in each of its three major markets.

“We were very focused on Alberta and grew into quite a significant size,” Durstling explained. “In the beginning of 2014, I made a decision that we needed to diversify and we opened an office in Toronto.

“In November of 2014, the market dropped out of oil and the people thought I was brilliant. It was like I knew what I was doing, but it actually had nothing to do with that. Just timing,” he joked.

While the GTA is a focus, the sudden explosion in industrial demand across Canada has meant a major increase in activity in Calgary, and Alberta, for the company.

“E-commerce is probably the biggest driver. Industrial has taken over from a lot of the retail warehouse component. Large-format retail is a little more difficult. Direct distribution, there’s no question that the pandemic has accelerated everyone’s acceptance of e-commerce.

“People are a lot more readily acceptable of having FedEx and everybody dropping off parcels at your home.”

Durstling said industrial and multiresidential are now the company’s core assets in each of its markets. 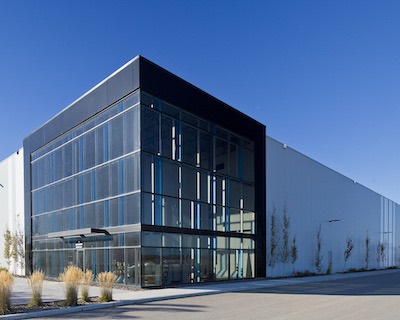 Seven buildings have been completed at the StoneGate Industrial park in Calgary. (Courtesy ONE Properties)

Via its current development program, ONE is buying and building again in Calgary, expanding that presence significantly.

ONE Properties continues to build on its successful StoneGate Industrial park, just north of the airport, in partnership with AIMCo and Crestpoint. Seven buildings have been completed, comprising 1.7 million square feet, with another 850,000 square feet planned to cater to mid- and small-bay tenancies in addition to large-bay tenants.

Construction will start later this year and be ready for the spring of 2023.

“The market has become so robust. It’s not just large-footprint distribution. It’s middle- and smaller-bay product actually coming back in demand again, too,” said Durstling.

The industrial park is part of the larger development of StoneGate Landing (1,000 acres in total). The master plan for this area is to build out up to 14 million square feet of commercial space that can accommodate industrial, retail, hotel and office developments.

“The demand today is for industrial. Large-format retail is difficult and suburban office is also difficult. But, the demand for industrial continues to be very robust, so we’re excited about that piece. And if a retailer or a grocer wants to go, it’s zoned and serviced ready to go for it,” added Durstling.

ONE has developed the Stoney Industrial Centre, also in partnership with AIMCo and Crestpoint, with six buildings completed and 2.3 million square feet. It’s located just across the highway from StoneGate.

“That’s part of our investment strategy. We really like the Alberta industrial market today. We see growth in rents, particularly small-, medium-bay product over the next three to five years,” Durstling noted.

Also in Calgary, ONE is building the Bow River Shopping Centre of about 159,400 square feet with a large-format Superstore as the anchor (86,000 square feet).

The development will also include other retailers and businesses such as a Dollarama, a liquor store, dental, animal hospital, Pet Value and some small quick-service restaurant space.

ONE has a partnership with AIMCo on the huge Metro Ford downtown Calgary site. Durstling said the land has been rezoned and the developer is looking at opportunities for multiresidential development on that site.

“We’re very bullish on multifamily in the Beltline. We’ve got BLVD, 640 units we just finished. Prior to that we did VERSUS, which was 450 units, and we’ve some other things we’re working on that we’ll announce right away.”

In Edmonton, ONE has been active in the last few years as a partner developing the iconic ICE District.

ONE has more than 130 employees. It has completed or has under construction 48 million square feet of development.

It also has 16.5 million square feet, plus 557 acres of land under property management.

ONE and Revera partner for retirement communities

ONE Properties busy developing in Calgary and Edmonton

Don Wilcox Commercial Development Toronto / GTA Nov. 25 2021
M
Mario Toneguzzi Business reporter
Mario Toneguzzi, based in Calgary has 37 years of experience as a daily newspaper writer, columnist and editor. He worked for 35 years at the Calgary Herald covering sports, crime, politics, health, city and breaking news, and business. For 12 years as a business writer, his main beats were commercial and residential real estate, retail, small business and general economic news. He nows works on his own as a freelance writer and consultant in communications and media relations/training.