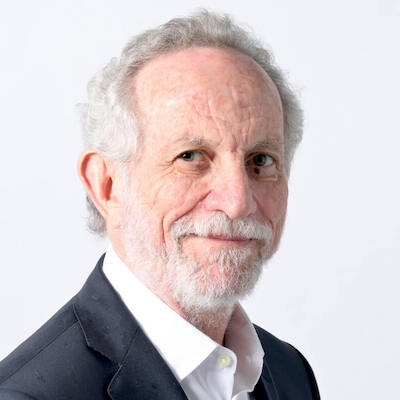 Trust founder Michael Stein will retire from his position as chair of the CAPREIT board. (Courtesy ERES REIT)

Canadian Apartment Properties Real Estate Investment Trust (CAR-UN-T) announced Michael Stein will retire from its board of trustees at the end of his term, following the firm’s annual meeting June 1.

Stein co-founded CAPREIT in 1995 with the late Tom Schwartz and oversaw its listing on the TSX in 1997. Stein served as CAPREIT’s founding chief executive officer and became the executive chair of the board in 1999 before becoming the chair in 2005.

During Stein’s tenure, CAPREIT has grown from owning interests in 2,900 residential suites to owning interests in over 67,000 suites, townhomes and manufactured housing community sites with an asset value exceeding $17 billion. The REIT expanded in key growth markets across Canada and internationally in Ireland and the Netherlands.

He guided CAPREIT through a number of transformative transactions, including the acquisition of Residential Equities REIT in 2004, the founding of Irish Residential Properties REIT plc in 2014 and European Residential REIT in 2019, and CAPREIT becoming a member of the prestigious TSX-60 Index in 2020 as Canada’s largest publicly held owner and manager of rental residential real estate.

During Stein’s 25 years of leadership, CAPREIT’s units, including cash distributions, have generated a compound annual growth rate and a total return for unitholders significantly higher than the S&P TSX REIT Index and S&P TSX Composite Index.

“Mike Stein has made a significant and valuable contribution to CAPREIT’s growth and success over the last 25 years. On behalf of all unitholders, we thank him for his vision, dedication and service, and wish him every success in the future,” said Mark Kenney, CAPREIT’s president and chief executive officer.

Board vice-chair Dr. Gina Parvaneh Cody is expected to be named the chair upon her re-election at the AGM.

InterRent Real Estate Investment Trust (IIP-UN-T) announced longtime CEO Mike McGahan has stepped down and been succeeded by president Brad Cutsey. McGahan has become executive chair of the InterRent board.

Cutsey now holds the dual roles of president and CEO. He also joins the REIT’s board and the previous chair, Paul Amirault, has become the lead trustee.

McGahan had been CEO of InterRent since 2009, leading the company through a portfolio rationalization, followed by tremendous growth in the REIT’s core regions, including its recent entry into Greater Vancouver in early 2021.

Under his leadership, the company grew to nearly 500 employees and more than 13,000 housing units.

As executive chairman, McGahan will provide ongoing guidance to the REIT over the next several years and will continue to be involved with strategic planning and capital allocation decisions.

“I feel very fortunate to have been able to lead such a great team for the last 12 years and I will continue to stay connected to my InterRent family and to be a significant REIT unitholder,” McGahan said in the announcement.

“I believe that Brad has the vision, tools and a very deep bench of talent to deliver outsized returns and we are extremely lucky to have this talented individual lead the REIT into its next growth phase.”

Cutsey has spent seven years with InterRent after being both an equities analyst and investment banker with prominent financial institutions. During his time with InterRent, Cutsey has been involved in all facets of the business and has spent a significant amount of time with the operations of the REIT.

“Like Mike, I am passionate about the REIT’s role in supporting our communities and I will continue to be a strong advocate for the need to increase the supply of housing in Canada,” Cutsey said in the release.

Amirault has been an independent trustee since 2010 and is a member of the audit committee and nominations and governance committee.

McLernon will be based in Colliers’ global headquarters in Toronto, reporting to global chairman and CEO Jay Hennick.

McLernon has played an important role in building the Colliers brand into the global player it is today. Since joining the company in 1987, his accomplishments have earned him increasingly senior positions, culminating in his role of CEO of EMEA.

During the past 12 years as EMEA leader, McLernon was instrumental in growing the region from $30 million to over $700 million in revenues.

Amel-Azizpour has worked closely with McLernon over the past nine years at Colliers, most recently as the chief financial officer of EMEA.

Shannon has over a decade of senior leadership experience in financial services. She has managed large multi-disciplinary teams responsible for multi-company and location back-office administration, divisional reporting, analytics and innovation projects.

Northview Fund (NHF-UN-T) has appointed Kelly Smith as an independent trustee. Smith has over 30 years of commercial real estate experience.

Most recently she was chief executive officer of Strathallen Capital Corp., a Canadian real estate management platform focused on retail properties, with over $1.4 billion in assets under management.

She holds both an MBA and an HBA from Western University and the ICD.D designation from the Institute of Corporate Directors.

The fund also announced Graham Rosenberg resigned as a trustee. He was an inaugural member of the board following its IPO in the fall of 2020.

Dream Impact Trust (MPCT-UN-T) has appointed Robert Goodall to its board of trustees.

Goodall is the president and founder of Canadian Mortgage Capital Corporation, which operates various real estate debt and equity platforms and has $1.8 billion of assets under management.

Hladin has 31 years of commercial banking experience, including the past 23 years at RBC, where he was most recently a senior member of the bank’s construction financing team. His expertise includes construction and term financing for all asset classes.

Jurkiewicz has spent over 11 years in banking with HSBC and TD Bank. The past five years he was involved in commercial banking at HSBC, specializing in deal structuring and commercial underwriting for all asset classes.