Cominar has appointed Mario D. Morroni to be its next president and chief executive officer, effe... 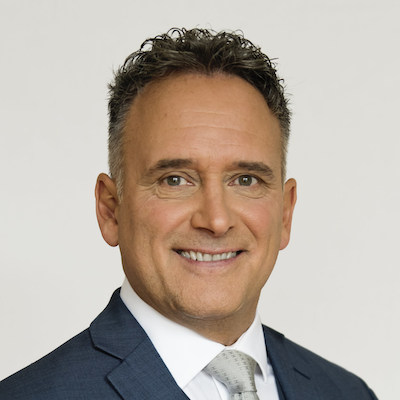 Mario D. Morroni will become the president and CEO of Cominar on May 9. (Courtesy Cominar)

Cominar has appointed Mario D. Morroni to be its next president and chief executive officer, effective May 9.

“Real estate is going through one of its most intense periods of transformation, providing new opportunities to those who can best leverage the new trends,” Morroni said in the announcement. “Cominar is a different company today; our new owners have aligned the necessary capital to execute on our vision and ambition. We have some of the most promising properties and attractive sites in Québec.

“With a dynamic investment management approach that focuses on high-potential assets, we can create sustainable value for our portfolio and have a positive impact in the communities where we do business.”

Cominar was recently acquired for $5.7 billion by a joint venture led by Canderel.

Morroni has over 30 years of professional experience, including 20 in the financial, investment and real estate sectors, as well as in the management and administration of pension plans.

Prior to joining Cominar, he held various strategic roles at Ivanhoé Cambridge from 2014 to 2022. He was also a member of its board of directors between 2010 and 2014.

Morroni holds a bachelor’s in commerce with a specialization in finance from Concordia University.

Singh takes over from Poul Winslow, who is retiring after 13 years with the organization.

Singh joined CPP Investments in 2008 and was most recently managing director, head of external portfolio management and interim head of strategy and operations.

Prior to joining CPP Investments, Singh worked for over eight years in the financial services and telecommunication industries. Singh holds both a master of business administration from the Rotman School of Management and a master of physics from the University of Waterloo.

“Poul leaves with our immense gratitude for his dedication, insights and strategic direction, all of which have greatly benefited the fund and our public markets teams over what has been a period of tremendous growth and expansion for the fund,” said John Graham, president and CEO of CPP Investments, in the announcement. “In the more than a decade that we’ve worked together, Poul has shown himself to be a great mentor, innovator and favoured partner – his influence will be missed, and we wish him all the best in his retirement.”

LaSalle Investment Management announced Allison McFaul will be its chief operating and financial officer for the Americas private equity business. She will succeed Joe Romenesko, who is retiring in June.

She will be responsible for the operations and finances of LaSalle’s $34 billion Americas private equity business.

McFaul has been with LaSalle for nearly 25 years, most recently as managing director and co-head of asset management strategy and initiatives. In that role, she led operations across LaSalle’s asset management platform.

During her time with LaSalle, she has worked in the firm’s Baltimore, Chicago and London offices across multiple functions. She will remain based in Baltimore.

Home Capital Group Inc. (HCG-T) has announced the nominations of David Court, Joseph Natale and Edward Waitzer for election to its board of directors at its AGM on May 18.

Court is senior partner emeritus at McKinsey and Company where he served as global director of technology, digitization and communications. He currently serves on the boards of Brookfield Business Partners LP, Canadian Tire Corp., the Public Sector Pension Investment Board and Queen’s University.

Natale was the president and CEO of Rogers Communications until 2021. His background includes senior executive positions at Telus Corp., including as CEO. Prior to Telus, Natale held successive senior leadership roles at KPMG Consulting. He has served on the boards of Rogers, Telus, TD Bank Group, Celestica Inc. and The Hospital for Sick Children.

Waitzer was a senior partner at Stikeman Elliot LLP and served as chair and CEO of the firm as well as chair of the Liquor Control Board of Ontario and the Ontario Securities Commission. He is chair of the Canadian Institute of Chartered Accountants’ Independent Review Committee on Standard Setting in Canada; and a director of Cymbria Corporation and Martinrea International Inc. 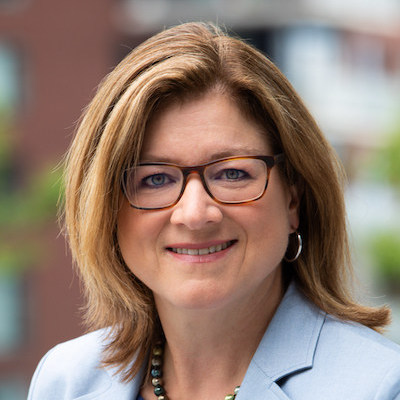 Linda Plante has been named chair of the board of directors of BOMA Québec.

Plante has served on the board since 2016, first as a director and then as vice-chair. She also chaired its property management committee from 2012 to 2016.

Plante has been the senior director, property management, at Fonds immobilier de solidarité FTQ since 2019. She joined Fonds in 2017.

During her 20-plus years in commercial real estate, Plante has worked at several major Canadian real estate firms, including 13 years at Ivanhoé Cambridge, first as managing director and then as senior director.

During her career, she has overseen the management of major real estate holdings in Greater Montréal and Québec City comprising a total of 10 million square feet of commercial space, including Complexe Place Ville Marie and the World Trade Centre Montréal.

After obtaining a bachelor of business administration from Université Laval, Plante went on to obtain the CPA, CMA designation. She also completed the Real Estate Institute of Canada’s certified property manager program.

Colonnade brings in Miller as a director

Ottawa-based Colonnade BridgePort has hired Kandas Miller in the new role of director, residential real estate. She will be instrumental in growing the firm’s residential property management business.

Andrew Petrozzi has joined Altus Group as its director, commercial research for Western Canada and will be based in Vancouver. Prior to joining Altus, he was a principal and practice leader, research (B.C.) for Avison Young, a role he held since November 2010.

Previous to Avison Young, Petrozzi was a journalist and editor for Business in Vancouver newspaper as well as a reporter for the Vancouver Sun, The Province and the Times Colonist in Victoria.

He earned his master of journalism from the University of British Columbia with a minor in political science.

Randall is a 30-year industry expert who moves from Cushman & Wakefield, where he was executive vice-president specializing in the industrial sales and leasing division. He brings a depth of experience in investment, industrial and office, including navigating government mandates, land deals, unique properties and modular home communities.

He began his real estate career in 1989 at Royal LePage Commercial, before moving to Surrey to open the firm’s office in the Fraser Valley. A decade later, he returned to Vancouver.

Randall has a bachelor of commerce in finance from the University of British Columbia.

Lennard Commercial has recently expanded into the Waterloo region and Guelph area, naming three new partners for its office.

Parsons and Lind along with Tim Priamo will lead tenant representation for office real estate, as well as investment sales.