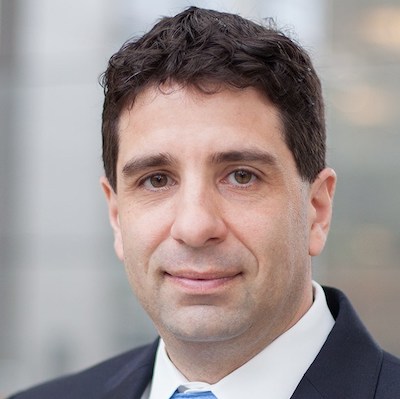 A Canadian citizen, he was born in Ottawa and has worked in Toronto, Old Greenwich, Conn., Los Angeles and Sacramento.

He is an honours economics graduate of Carleton University in Ottawa and holds an MBA majoring in finance from the University of Oregon.

Shpigel was previously senior vice-president of development at First Capital REIT (FCR-UN-T), serving on the executive leadership team after moving into progressively senior roles during her nearly 13 years with the company.

She also previously worked at Sobeys, where she honed her retail real estate experience securing and developing new sites for Sobeys’ network of stores in Ontario.

“Jodi’s real estate expertise and impressive track record of strategic leadership, team development and execution of complex development and redevelopment projects will be a tremendous asset to the REIT,” said Kevin Salsberg, president and chief operating officer of CT REIT, in the announcement.

The Hill Companies has announced two leadership changes including Rosanne Hill Blaisdell as president and CEO, Harvard Developments Corporation, and all other Canadian real estate affiliates.

Matthew Hill has been named president and CEO of Harvard Diversified Holdings.

The appointments represent the fourth generation of the Hill family to lead the company.

Paul J. Hill remains with the firm as executive chairman of The Hill Companies. 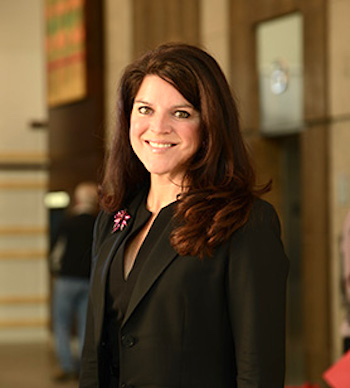 Hill Blaisdell is a graduate of Gonzaga University, has an MBA from the Asper School of Business at the University of Manitoba and holds a CCIM designation. She spent eight years in corporate and commercial banking with CIBC.

In 1997, she joined the family business and has focused the leasing, development and asset management of the Canadian real estate portfolio totalling 10 million square feet.

In 2018, she was appointed managing director and COO.

Matthew Hill, a graduate of Boston College, received his MBA from Pepperdine University and a certification in international finance from Oxford University. He brings more than 20 years of venture capital and investment experience.

In his recent role as managing director, Hill led the transformation of Harvard Broadcasting into Harvard Media by acquiring Carbon Marketing, incorporating a digital suite of products and services.

In 2019, Hill had been named managing director of the Diversified Group of The Hill Companies. Harvard Investments, based in Scottsdale, Ariz., went on to develop a new division of the company focused on single-family rental developments.

Huston has also advised executive management and boards of directors of over 20 companies, particularly in the North American energy sector.

Becker and Salomons are licensed mortgage associates who are to help Colliers establish a new entity in Alberta, solidifying its mortgage industry sector. They will join the national debt advisory practice and be based in Calgary.

His career boosts over $3.5 billion of completed financing, including over 37,000 multiresidential rental/condo units and over three million square feet of commercial space.

Since 2014, Salomons has structured over $2.5 billion in financing across all asset classes, primarily in Western Canada. He’s been involved in sourcing and structuring capital for over 250 commercial real estate transactions.

Ottawa real estate investor and manager Colonnade BridgePort has brought in Justin George as senior vice-president and head of development. One of George’s focuses will be to expand Colonnade Bridgeport’s reach in the Greater Toronto Area.

George will lead the growth of the company’s development team and implementation of scalable infrastructure in the Ottawa and GTA markets.

He has expertise in environmental, social and governance development practices, as well as the innovative use of new technology.

George joins Colonnade BridgePort from an Ottawa-based development company, where he led operations and development for six years.

Prior to that, he held project management, consulting and senior leadership roles at several firms.

JLL Canada has brought in Rob Ramsay as executive vice-president and national lead of project and development services. He will play a pivotal role in leading the team and its operations and business development in Canada.

With 35 years of experience in project management and development, Ramsay spent the past 14 years at the reins of RJR Project Management.

He has delved into all facets of land acquisition, planning, development and construction activity, and the associated project management functions.

Ger will manage Core’s multi-unit residential portfolio from concept to completion and oversee the planning and development department, as well as internal and external sales and marketing teams.

Ger has over 15 years of experience in real estate development. The majority of his career was spent developing a portfolio of seniors housing communities across Ontario.

He was responsible for the development of over 2,000 residential units across Ontario from urban infill to greenfield master-planned communities.

Knox will lead the global occupier platform for space planning, facility management, productivity and more. He will serve on the executive committee and report to principal and president of clients Harry Klaff.

Knox brings over 25 years of experience, most recently as managing director and sales lead for JLL’s integrated portfolio services group in the central U.S.

ApartmentLove Inc., has made three appointments to its board of directors: Frank Sur, Mackenzie Regent and Monique Hutchins.

Regent is managing partner and co-founder of Kalos LLP, a financial due diligence and valuation firm. She has executed 75-plus deals amounting to billions of dollars in transaction value across energy, financial, manufacturing, retail, healthcare, and technology sectors.

She was also appointed chair of the audit committee.