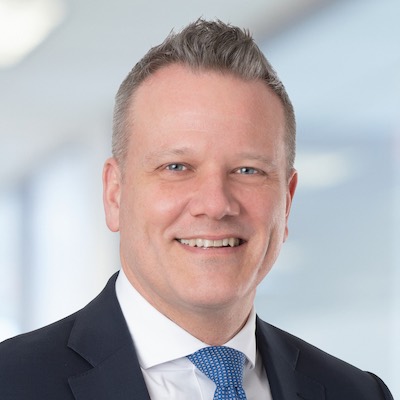 Trez Capital has appointed Dean Kirkham president of the firm.

Kirkham joined Trez Capital in March 2016 as the chief credit officer, setting the capital deployment strategy, investment criteria and exposure limits, while structuring and adjudicating loan submissions. In November 2020, he was promoted to chief operating officer, expanding his focus to the leadership of operational teams and initiatives.

Prior to joining Trez, Kirkham spent 12 years at the Bank of Montreal as an executive leader on both the risk and origination sides of the business. He began his career in investment banking with ABN AMRO’s in Amsterdam and later in New York.

Cunningham to retire from PSP Investments

During his 19-year tenure at PSP Investments, first leading the real estate team, later adding oversight of the natural resources team and then as CEO, Cunningham has developed and implemented strategies that led to strong financial performance and organizational growth.

He led the expansion of PSP Investments into new markets and sectors, oversaw the effectiveness and success of international offices in New York and London, and opened a new office in Hong Kong.

“In helping to grow PSP Investments from what it was when I joined the team in 2004 to the respected international investment company that it is today, I have been fortunate to work with executives and investment professionals who are among the best globally,” Cunningham said in a prepared statement.

An executive search firm has been secured to assist with selecting a successor. In the meantime, PSP Investments will continue to move forward on its plans and strategies.

He will oversee all aspects of the real estate business, including portfolio management, investments, asset management and the integration of sustainability into both investments and operations. He will also be responsible for developing and implementing Manulife Investment Management’s global real estate investment strategy.

He has nearly 30 years of experience spanning public and private real estate investment management. Feliciano received undergraduate and graduate degrees in accounting with an additional concentration in finance from the University of Texas at Austin.

Holmes joined Colliers in 2002 as an office leasing broker. He transitioned to leadership nine years ago and is currently heading up Colliers’ Greater Toronto Area brokerage business as executive managing director.

In his new role, reporting to president and CEO Brian Rosen, Holmes will drive the national strategic vision and execution of Colliers’ Canadian brokerage services.

Addison joined Colliers in 1992 as an advisor before becoming a part of the leadership team in 2006. He brings more than 30 years of expertise to the strategy and consulting group.

Holmes and Addison will assume their new roles April 1.

Hanna is now managing partner, investments overseeing the capital raising and ESG functions, working with the acquisitions, finance and asset management teams. She is chair of Crown’s ESG Committee and is a voting member of the investment committee.

Prior to joining Crown, Hanna was at Allied REIT, where she advanced its property development program and concluded over $1 billion worth of acquisitions, including 151 Front St. W.

Watson is now managing partner, acquisitions and leasing at Crown Property Management Inc. A former broker who joined Crown nine years ago, Watson is responsible for identifying and negotiating the acquisition of investment opportunities across Canada.

Prior to joining Crown, Watson was senior vice-president, national director at Jones Lang LaSalle and prior to 2009, a vice-president at Colliers International.

Promotions and a departure at CPP Investments

CPP Investments has announced two appointments and one departure among its senior international management team.

Biagosch retains ongoing responsibilities as head of direct private equity as well as regional leadership in Europe. He was most recently managing director, head of portfolio value creation.

Shen spent three years with CPP Investments, working with her leadership team to significantly advance technology, data and innovation capabilities. She served on a portfolio company board and was chair of the organization’s inclusion and diversity leadership council. 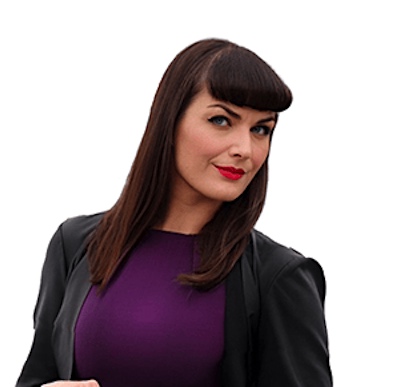 Based in Toronto, Burdeniuk’s oversight of the ESG strategy in North America will include identifying innovative projects and partnerships, and designing go-to-market strategies for the firm’s sustainability service offerings.

Most recently, she was with the Canada Green Building Council, developing strategic partnerships with industry and government.

PRO Real Estate Investment Trust (PRV-UN-T) has appointed Christine Pound to its board of trustees.

Pound joins the board following the passing of Gerard A. Limoges earlier this year. Limoges had served as a trustee of PROREIT since its founding in 2013.

Pound is a partner at legal firm Stewart McKelvey in Halifax, working with both private and public companies from a broad range of industries.

She completed the Institute of Corporate Directors Education Program at ICD-Rotman and has been a member of the Canadian Bar Association since 2004.

Colliers Edmonton has hired Jim Bijou and David Kraus to join its industrial group as senior vice-presidents, industrial, along with Andres Mateluna, recently onboarded as associate vice-president. All three join Colliers from a global competitor.

Bijou has almost two decades of experience and has been a top producer within Edmonton and across the country, working with high-profile clients such as Shell Canada, EMCO, PCL and Halliburton.

Kraus, who previously spent over 10 years with Colliers Edmonton, has rejoined the firm after four years in another role. He has worked on behalf of both multi-national and regional clients.

Mateluna has been a part of Edmonton’s industrial real estate market for over nine years, where he has developed considerable expertise in leveraging industry research to generate innovative solutions for clients.

Leading global design firm Stantec has hired Dr. Rick Huijbregts to lead its global Smart Cities initiative. Based in the firm’s Toronto office, he will lead a team of advisors collaborating with real estate developers, designers, engineers, IT professionals and project managers.

Huijbregts is a faculty member at the Harvard University Graduate School of Design Executive Education, senior scholar at George Brown College’s Centre for Construction and Engineering Technologies and executive in residence at Ryerson for its Smart Cities Ventures Zone.