Founder and president Scott Butler has taken on the role of chief executive officer at Kelowna’s... 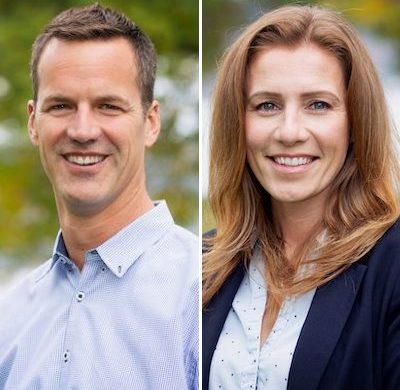 Founder and president Scott Butler has taken on the role of chief executive officer at Kelowna’s Highstreet Ventures LI, with Christina Wilson stepping up into the president’s position.

Wilson joined Highstreet as a development coordinator seven years ago, bringing her background in building engineering technology and project management to the business.

She quickly climbed the ranks to become development manager in March 2016, then soon after that, director of development. In January 2018, the role was upgraded to vice-president, development and sales.

Butler had held the president’s role since 2010.

Oxford Properties Group named Alessandro Fiascaris senior vice-president, Asia-Pacific. Fiascaris will be based in Singapore and will lead Oxford’s Asia-Pacific business and team.

He joins Oxford from Blackstone, where he had spent his entire career to date. Most recently he was a managing director in Singapore.

He holds an undergraduate degree in mathematics and theoretical physics from the University of Cambridge and an MBA from Stanford Graduate School of Business.

Lauren White has been named executive vice-president at CBRE, the second woman in CBRE Canada’s history to achieve the post.

She has transacted over $4.2 billion in land dispositions along with her team since beginning her real estate career in 2006.

White has also volunteered with multiple organizations, including the Urban Land Institute (ULI), where she previously co-chaired the programs committee. In 2016, she was nominated to join ULI’s Women’s Leadership Initiative Championship Team.

Cucuz appointed to Northland advisory board

Sasha Cucuz, a co-founder and partner at Greybrook Capital and CEO of Greybrook Securities Inc., has been named to the advisory board of Northland Properties.

As the former president of Greybrook Health, he played a key role in several portfolio acquisitions including MacuHealth, Bruder Healthcare and TearLab, as well as the launch of Greenbrook TMS.

In 2020, he led the launch of Delos Canada, as well as Greybrook’s investment in Delos Living, LLC.

Directorships include the boards of Greenbrook, Greyspring Apartments and Delos Canada.

He will be based in Montreal, but will split his time between there and Toronto.

Marchand began his career over 25 years ago and has been involved in capital-raising, product development and executive leadership across national and global firms, most recently as head of sales and marketing at Trez Capital.

Preceding Trez, Marchand was SVP, global business development at Nuveen Investments of Chicago, where he was instrumental in the firm’s expansion efforts outside the U.S.

He holds a degree in economics from Concordia University in Montreal. 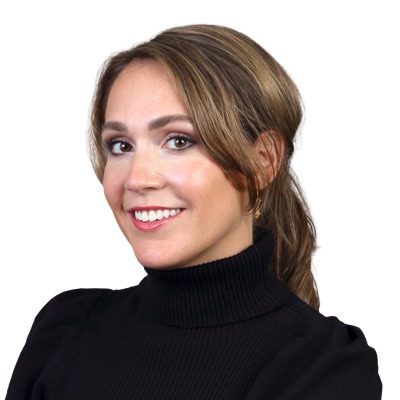 Caldecott brings over 12 years of valuation experience across a wide range of property types, with specialization in industrial properties, including large format distribution and cold storage facilities.

Rounding out the team of five are Antonio Balogh, junior appraiser, and Matt Chin, data analyst.

As a member of the senior leadership team, Dimakarakos will co-lead IMC’s origination platform alongside Darren Schmidt, managing director and head of high-yield investments. He will co-manage the Active Mortgage Fund, IMC’s open-ended strategy focused on core and core-plus commercial mortgage investments.

He brings more than 25 years of experience in investment and corporate banking, structured finance, commercial real estate and portfolio management.

He has held executive positions at several leading firms in the U.S. and Canada where he completed more than $25 billion of financing transactions. Most recently, Dimakarakos led the real estate debt business in Canada for Fiera Real Estate Investments.

Prior to joining Forum, Spafford was managing director and senior portfolio manager for Manulife’s diversified, open-ended Canadian real estate funds. During his tenure at Manulife, fund AUM increased from $3 billion to over $4.4 billion and benchmark performance increased by a full quartile.

He holds a master of planning from Queen’s University and a BComm with Honours from Ryerson University. He is co-chair of REALPAC’s Fund Management Committee.

Jaffer is a CPA, CA and holds an executive MBA from the Ivey School of Business at Western Ontario and an honours bachelor of mathematics in chartered accountancy from the University of Waterloo.

CentreCourt has named nine of the company’s long-standing executives across all disciplines – acquisitions, finance, sales and marketing, development and construction – as partners.

The new partners follow on the heels of Gavin Cheung assuming the role of president and managing partner on Jan. 1.

Originally from South Africa, Loots is an architect with a research background in sustainable building design.

Over the past 15 years at a consulting engineering firm, Loots worked on a variety of existing building energy and sustainability projects, including helping clients achieve BOMA BEST and other building sustainability certifications.

He has 10 years of experience in the real estate industry, most notably in the roles of senior leasing manager and director, office leasing.

Western Wealth Capital has appointed Shauna Grinke to the new role of vice-president, people and culture.

Grinke’s career spans over 25 years, with senior-level roles in organizational and executive-level coaching and consulting, and extensive career experience at an executive level in high-growth, values-centric organizations.

She holds an MBA and post-graduate certification in strategic human resources.